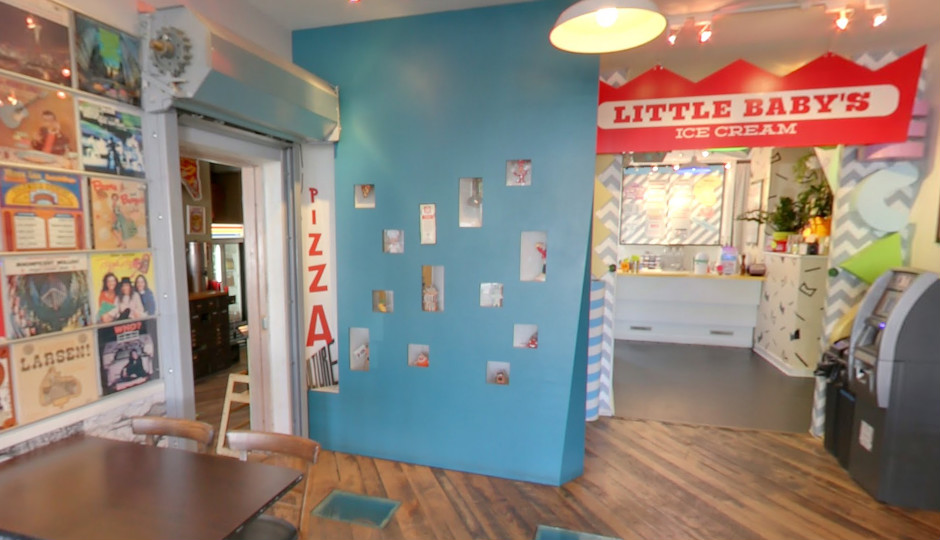 You remember Pizzagate, right? The wacky internet conspiracy theory that led a 28-year-old North Carolina man to drive all the way to Washington to fire a gun inside a pizzeria that he believed might’ve been operating a child abuse ring with Hillary Clinton?

Yeah. We all had reasons to be concerned when that happened — because, you know, the dangers of fake news are very real. But now the threat is hitting closer to home.

The Inquirer reports that some Pizzagate conspiracists are harassing Pizza Brain (debatably Philly’s most beloved pizza shop) and Little Baby’s Ice Cream parlor, which share the same building on Frankford Avenue in Fishtown.

Here’s the deal with Pizzagate: It’s essentially a viral fake news story that accuses Clinton and her staff of running a child-abuse ring out of Comet Ping Pong pizza, the Washington shop that Edgar Maddison Welch (as well as countless others) threatened last December. Needless to say, Pizzagate is clearly false, but that didn’t stop it from spreading on social media, 4Chan, Reddit (before the website banned it) and fake news sites like Infowars.com, Planet Free Will, and the Vigilant Citizen. And some – like those who are targeting Pizza Brain and Little Baby’s – have led the conspiracy to spiral out of control and into dangerous territory.

Youtube videos that connect the Philadelphia establishments to Pizzagate conspiracies have gathered a significant amount of viewers and comments from people who believe the establishments (and pizza in general, apparently) are somehow affiliated with pedophilia.

“The further we travel down the rabbit hole, the more we reveal,” one video description reads. “Piece by piece the puzzle is being put together and the picture we are seeing is one of unspeakable evils. Here we have a pizza sop (sic) and ice cream brain joining forces promulgating sick perversions.”

Pete Angevine, an owner of Little Baby’s, told the newspaper that the store has received “an uptick in prank/harassing phone calls to our shops, strange chatter on social media, and even a few hateful and vaguely threatening direct emails that I received in the middle of the night.”

Angevine and Michael Carter, who co-owns Pizzabrain, told the newspaper that they’ve warned employees to call the police if they encounter any suspicious customers who they believe “cause our staff or customers serious harm,” Angevine said. “That is alarming and troubling.”

The videos have attracted all kinds of strange comments and accusations surrounding Pizza Brain’s and Little Baby’s social media sites.

“Who would name ice cream ‘Little Babies’ (sic) unless, of course, it is what we think it is and that IS very disturbing,” one commenter writes.

“Since all this came out I honestly can’t stomach pizza,” writes another commenter.