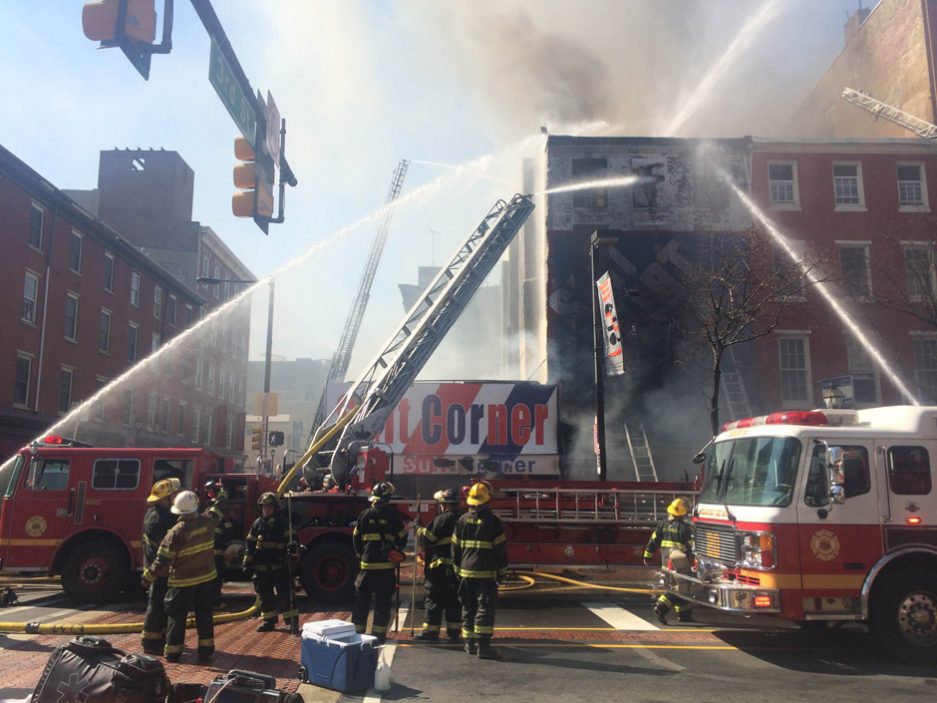 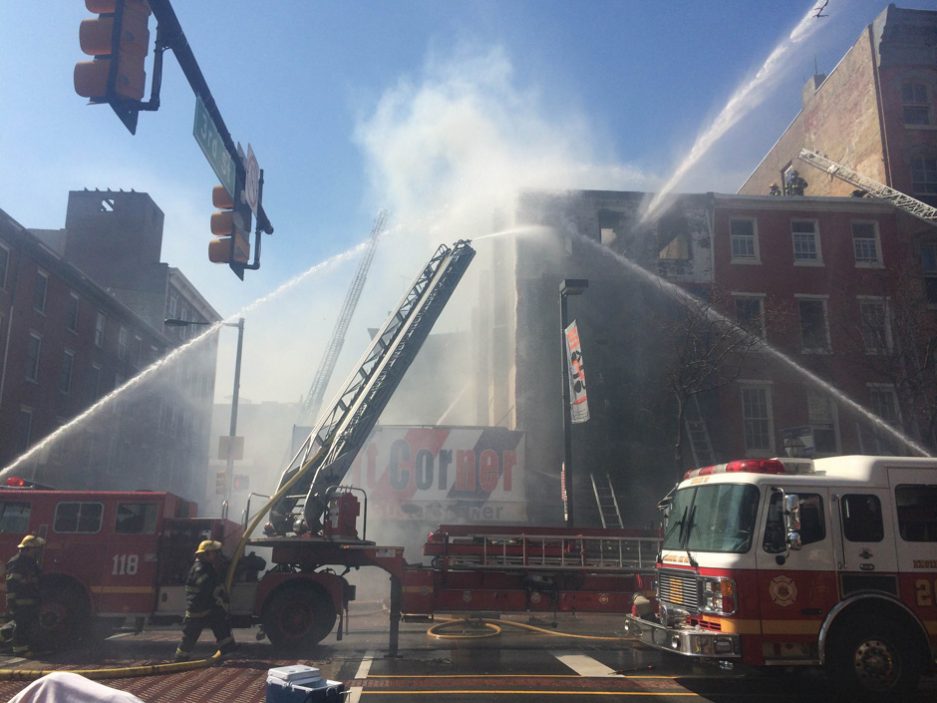 UPDATE [10:46 a.m.]: Dan McQuade reports that the fire has been declared under control by officials from the Philadelphia Fire Department. We’ll bring you more shortly.

CBSPhilly reports: “The fire broke out in the Suit Corner, on the southwest corner of Third and Market Streets, about 9:15am.  The fire department declared it under control about 40 minutes later but then quickly struck a second alarm as the blaze flared up and consumed the building. One firefighter had to be taken to Jefferson University Hospital when he tripped over a hose line while battling the fire.”

The shirt corner just caught on fire while I was having breakfast at @menageriecoffee pic.twitter.com/Nlz2ua02x0