Researcher Tom Cappola tells us about the latest clinical trials and medical breakthroughs to be announced during Scientific Sessions. 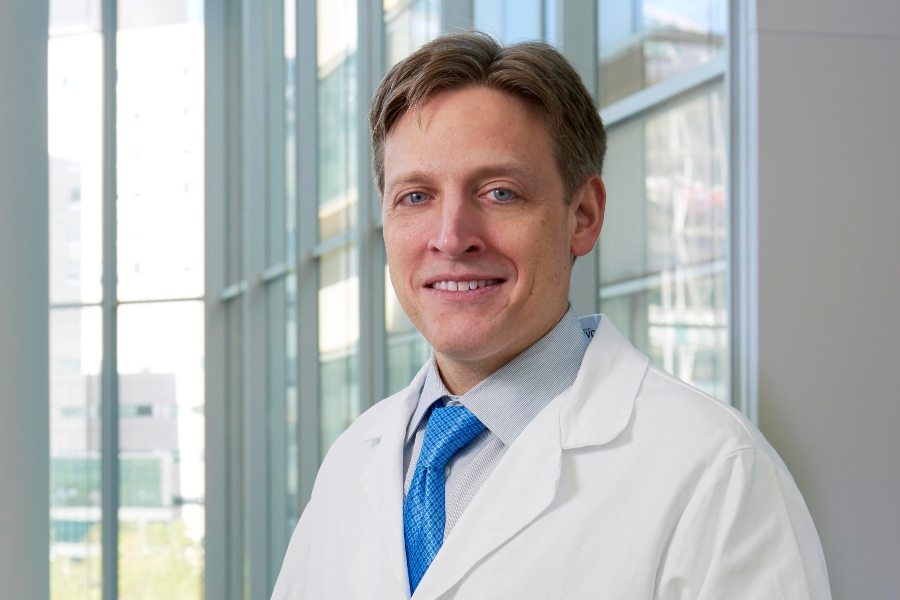 Chief of the cardiovascular medicine division in the Perelman School of Medicine at the University of Pennsylvania, Tom Cappola.

For the first time in its near 100-year history, the American Heart Association (AHA) will host its annual meeting in Philadelphia. AHA’s Scientific Sessions is the largest cardiovascular meeting in the United States. On November 16-18, the meeting will attract nearly 18,000 attendees from more than 100 countries to the Pennsylvania Convention Center, and an additional two million medical professionals who will participate virtually in lectures and discussions about basic, translational, clinical and population science innovations aimed at reducing disability and deaths caused by cardiovascular disease and stroke.

“The American Heart Association is excited to be in Philadelphia,” said Michelle Kirkwood, director of National Science Media Relations for AHA. “It has been on our wish list for some time, especially since the renovations at the Pennsylvania Convention Center and the city’s landmark, robust nonsmoking laws that align directly with the American Heart Association’s health and wellness goals. We are excited for our thousands of attendees to visit Philadelphia.”

More than 610,000 people die of heart disease in the United States every year, according to the CDC. While heart disease is a leading cause of death for both men and women, it claims the lives of over 400,000 American women each year, or one death every 80 seconds. During the three-day meeting, more than 12,000 leading physicians, scientists, cardiologists and healthcare professionals in the global cardiovascular health community will host 850 educational sessions and more than 4,100 original research presentations to unveil the late-breaking science, clinical trials, and novel therapeutics and pathways that are shaping the future of cardiovascular care.

“It’s very fitting for Scientific Sessions to be here,” chief of the cardiovascular medicine division in the Perelman School of Medicine at the University of Pennsylvania Tom Cappola said. “We have the first medical school in the country and the first teaching hospital in the country. It makes sense that these new innovations would be presented in a place where there’s already been so much innovation.”

Cappola will be one of several Penn researchers leading the Cardiovascular Expert Theater, “Innovations in Cardiovascular Therapies” session during the meeting. Here are just a few big trends in heart care that Cappola says we can expect to learn more about during this weekend’s meeting:

Artificial intelligence (AI) is having a big impact on cardiovascular care. Results from two preliminary studies to be presented this weekend will show AI can be used to accurately examine electrocardiogram (ECG) test results to possibly predict irregular heartbeat and risk of death. There will also be a presentation on the Apple Heart Study, which found that the Apple Watch and other wearable remote monitoring devices may be capable of detecting atrial fibrillation (aFib), an irregular and often rapid heartbeat that can lead to blood clots, stroke, heart failure and other complications.

George Mason University researchers will present results from two studies that found young people who smoke marijuana regularly have an increased risk of stroke. According to the study findings, young adults between the ages 18 and 44 who reported frequent use of marijuana, cigarettes and e-cigarettes were three times more likely to suffer stroke than young adults who did not smoke marijuana at all. The study also found that African-American males between the ages of 15 and 24 faced the highest risk of being hospitalized for arrhythmia.

In one Penn study to be presented this weekend, researchers found women who are diagnosed with peripartum cardiomyopathy (PPCM) during late pregnancy or within a month following delivery are more likely to experience restored cardiac function and improved outcomes compared to those who are diagnosed later in the postpartum period. The findings underscore the need for increased awareness and monitoring of heart failure symptoms, particularly among black women, who, on average, are diagnosed significantly later than white patients, according to study results.

Making advances in genetics and genomics

Another big trend at this year’s meeting will be the continued advancement in genetics and genomics, and how that’s impacting cardiovascular care.

“I think that genomic medicine has arrived and it’s arriving in waves, but it will ultimately affect all aspects of cardiovascular care,” Cappola said. “We have lots of people getting their 23andMe for sort of recreational purposes and they don’t know what to do with it. But we’re starting to figure out what to do with that genetic information to improve care.”

Another Penn Medicine study to be presented during the meeting will show why taller people may have an increased risk of developing atrial aFib. The research found a strong link between the genetic variants associated with height and one’s risk for AFib, for the first time demonstrating that height may be a causal — not correlated — risk factor for the condition. Researchers hope insight from human genetics in large studies like this one will help them better understand causal risk factors for common disease.

“It takes expertise to find links like this. That’s why researchers go to the American Heart Association meetings. You get all the experts together, they share their knowledge and this helps us to actually figure out what to do with this genetic information,” Cappola said. “That’s true across the board, but it’s particularly important for genomic medicine as it continues to advance.”