3.0 University Place, a development from University Place Associates and The Wistar Institute, might be the next big step in solidifying Philadelphia’s life sciences ecosystem and innovation corridor. 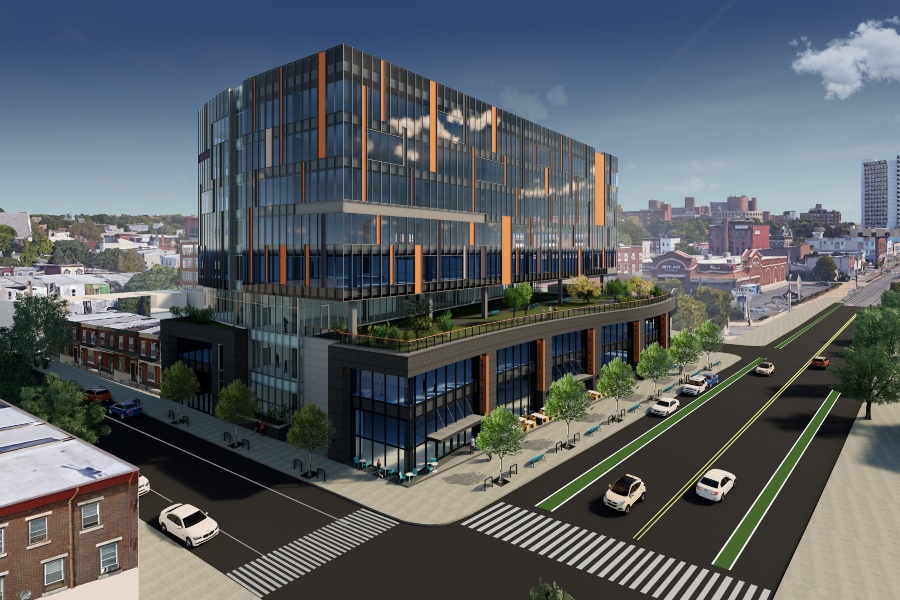 Gone are the days when developers just put up an office building. Amid a thriving life sciences and biotech ecosystem, developers in Philadelphia must now consider not only the type of space a young researcher, biotech startup or pharmaceutical company might need, but also for how long and with what specific resources and features. Or, a step further, what Philadelphia real estate company University Place Associates (UPA) and The Wistar Institute hope to do with their newly announced $100 million collaboration — how to create a space that could meet a company’s needs from seed to IPO, all in the same building.

“We’re taking a thoughtful approach around our development and putting a lot of emphasis on the life sciences with the infrastructure,” said Anthony Maher, president of UPA. “It’s important that we create the right type of space and product for the right type of company and address the life cycle of that company.”

UPA first entered the University City market with 2.0 University Place, a 97,000-square-foot office building at 30 N. 40th St. In 2016, that building sold for the highest price per square foot in Philadelphia’s history, at the time. Like its predecessor, the forthcoming 240,000-square-foot building at 4101 Market St., dubbed 3.0 University Place, was originally destined to be an office building. But as Scott Mazo, founder, and chief executive officer of UPA explained, the soon-to-be “research and discovery hub” is both a result of UPA’s partnership with Wistar, the nation’s first independent institution devoted to biomedical research and training, and a direct response to the science innovation occurring in the region.

“We initially started out looking at 3.0 as an office building. But because of the feedback we were hearing about what was happening in this lively life sciences industry here in Philadelphia, we made a turn. We decided to adjust because it was clear that this was needed at this time,” said Mazo.

“Collaborating with Wistar, we’re able to stay informed on not only the lab space needed but the type of lab space that’s needed,” Maher said. “We’re thrilled to really have a pulse on not just the large enterprise companies and large pharmaceutical companies that are looking for space in Philadelphia but also the young scientist or researcher that is also looking to grow here.”

The UPA-Wistar collaboration comes as Philadelphia finds itself at the center of a dilemma: innovators are flocking to the region, but that is perhaps happening faster than the city can create space for them to occupy. New construction has slowed and vacancies in existing commercial spaces are shrinking.

According to the Avison Young Global Philadelphia Office Market report, in the first quarter of 2019, office vacancies dropped to 6.9 percent, down from 7.5 percent a quarter earlier. ‘Meds and Eds’ continue to drive high demand for medical office space in University City, leading to fewer vacancies and, often, higher asking rental rates.

The 3.0 University Place building will provide lab space and office space as well as collaborative resources and amenities. Maher also hopes the increased potential for productivity in the LEED Platinum pre-certified building will entice tenants to see beyond the price tag.

“Our building infrastructure is going to allow that potential tenant to make their dollar go that much further,” Maher said. “There’s actually a mathematical equation around productivity and LEED platinum buildings that will drive innovation even further. When you combine the life sciences and biotech talent with the level of productivity that happens inside our buildings, that’s a great equation to point to and an ROI that I think will ripple throughout Philadelphia.”

UPA plans to have shovels in the ground for 3.0 by the end of 2019 and anticipates welcoming new tenants by 2021. The building is the second of five to eight spaces proposed as part of UPA’s vision for a “Platinum Corridor.” The Corridor would bring 1.5 million square feet of multipurpose office space to the West Philadelphia neighborhood, adding to the momentum around the expansion of an innovation district that would rival Kendall Square in Cambridge or South Lake Union in Seattle.

Innovation districts are entrepreneurial clusters, typically identified by their research centers and academic institutions, that when joined with start-ups and business investors, create a wealth of potential for innovation, job growth, and economic impact. A 2017 Brookings Institution report, called for Philadelphia’s top institutions to be more collaborative in their efforts to remedy uneven development along Market Street, among other potential prohibitors to Philadelphia becoming even more of a force on the national stage. Philadelphia consistently ranks between 6th and 8th among various annual assessments of the nation’s top biopharma and life science clusters. Wistar was one of more than a dozen local organizations that participated in the Brookings’ 2015 assessment of the Center City-University City area, perhaps prompting the urgency behind this collaboration with UPA.

But the real urgency for the project is bigger than meeting infrastructure demand. Wistar’s vice president for business development and executive director of technology transfer Heather A. Steinman says the ultimate goal is to help scientists bring cures to patients, sooner — something that even developers in the Philadelphia region have a role in now.

“Science never slows down so timing is absolutely critical,” she said. “If we don’t have the infrastructure in place there might be missed opportunities for helping patients. So that is a big part of our sense of urgency. We’re trying to be as supportive as possible in shepherding the science along.”