Why the Country’s Top Biotech Companies Are Flocking to Philadelphia

While talent and the opportunity for collaboration are two major motivators, the fact that history is being made in the region may be the biggest motivator of them all. Here’s what that means for the country’s leading innovators. 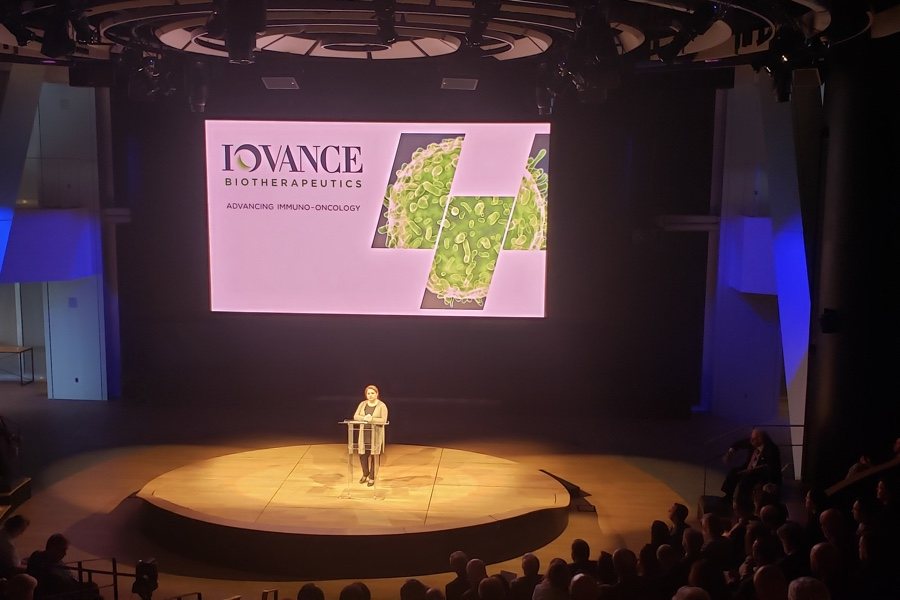 The leaders behind some of the most successful biotech companies in the country have chosen to grow their businesses in Philadelphia because, even when compared to Silicon Valley, Philadelphia has the most to offer, they say. During a special reception and presentation at the Comcast Technology Center during the 2019 BIO International Convention, local industry leaders shared their top reasons for choosing Philadelphia as their home. Here’s what they said:

More than 30 cell and gene therapy development companies and roughly 80 percent of all pharmaceutical and biotech companies in the U.S. have offices in Greater Philadelphia, according to data from Select Greater Philadelphia. Many of these companies have played a founding role in cell and gene therapy, gene editing, and more. For Bradley Campbell, president and chief operations officer of Amicus Therapeutics, it was important for his company to be in the region that cultivated the first FDA-approved gene and cell therapy treatments for genetic diseases, among other innovations. In February, the company, headquartered in Cranbury, New Jersey,  announced that it would open a Global Research and Gene Therapy Center of Excellence in Philadelphia at 3675 Market Street in uCity Square.

“We could’ve gone to Silicon Valley or to Cambridge, anywhere in the world really, but it was clear to us that we needed to be near the momentum, that spark of innovation, the entrepreneurship, the acquisitions, the medical centers—Penn, Temple, and Drexel, all right here in Philadelphia,” he said. “Being in proximity to so much innovation has been amazing for us.”

The talent pool is growing.

Iovance Biotherapeutics president and chief executive officer Maria Fardis, said her company was drawn to the region by the opportunity to work among its experts. It is estimated that one in every six doctors is trained in Philadelphia. More than 20 percent of the city’s workforce is employed among Philadelphia’s 85 hospitals and clinics, and other institutions in the healthcare sector.

“The talent pool was definitely at the top of the list. The reputation of Dr. Carl June also carried quite a bit of weight,” Fardis said.

Similarly, TMunity president and chief operating officer Usman “Oz” Azam said his company chose Philly because it wanted to be, “[…] in a region where there is a capability and a hub of cross-functional experts that really understand how to develop cellular and gene therapies.”

When Iovance went looking for a home for its first manufacturing site to create cell therapies for solid tumors, CEO Fardis said the company, “chose the Philadelphia Navy Yard because it was close to WuXi AppTec Advanced Therapies,” and other partners who could help advance the company’s efforts to scale commercial production of its personalized immune-oncology autologous tumor infiltrating lymphocyte (TIL) products.

Over the next several years, Iovance plans to invest roughly $75 million to build a 136,000-square-foot facility in the Philadelphia Navy Yard just a stone’s throw from WuXi, which manufactures TIL products for Iovance at its a 55,000-square-foot manufacturing facility for cell therapies.

“We’re in a large environment and ecosystem that’s very supportive of each other. If you need something, there’s someone here that can help you find it and work with you to get it,” Andrew Luber, president and chief operating officer for Virion Therapeutics said.

Investors believe in the work that’s being done here.

Philadelphia ranks No. 3 in the U.S. for the amount of funding it receives from the National Institutes of Health (NIH) to support research. The city has also seen a 50 percent increase in venture capital funding in the last 18 months alone. As much as $550 million has already been invested in local cell and gene therapy manufacturing, and there is no sign that investment in this area is slowing.

Companies can grow and reinvest in the region.

Companies that come to Philadelphia find ample opportunities to expand and impact the region through job growth and investment in the community. As Spark Therapeutics, co-founder and chief executive officer, Jeff Marrazzo boasts, the Philly-bred company has grown from three people in 2013 to more than 400 employees today, many of whom work and live in the region.

Spark has since invested tens of millions of dollars to build out its five facilities in West Philadelphia, which span more than 122,000 square feet of space.

Similarly, Amicus made a $50 million investment to expand its collaboration with the University of Pennsylvania’s Perelman School of Medicine Gene Therapy Program. Amicus COO Campbell says the company will bring at least 200 researchers and scientists to its Philly hub.

Since Philadelphia last hosted the BIO convention in 2015, the city has seen unprecedented growth with successful spinouts, lab space, NIH funding, and more. Marrazzo says this is only the beginning.

“We’re living in a special moment. This region is so excellent at honing and recognizing that this is where the future of medicine is going,” he said.

His advice to budding companies in biotech and life sciences: “Come to Philly.”

“Join us at Spark and many others here to capitalize on this moment to strengthen, not only our position in genetic medicine but to be at the forefront and the epicenter of where the future of medicine is going, which is here in Philadelphia.”