These are the best of Philadelphia’s caffeinated cocktails. 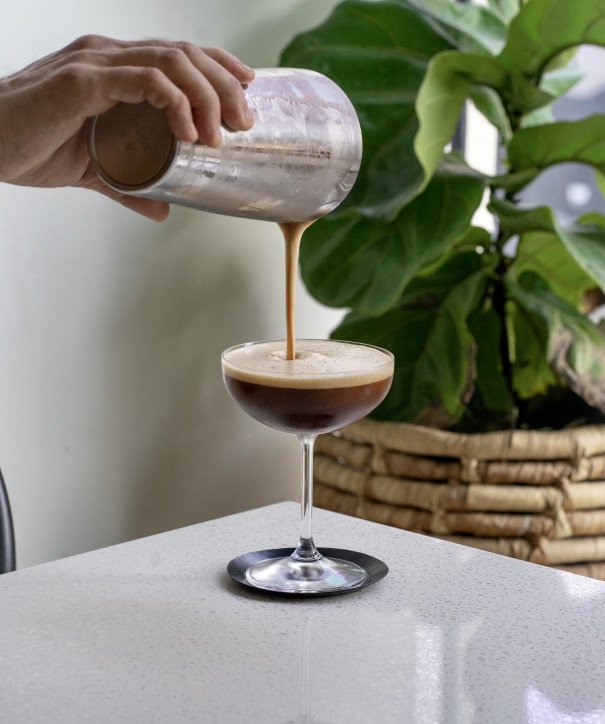 Espresso martinis are having a real moment. It kind of makes sense — after many months at home, they’re the perfect drink to keep you going through long nights of hanging with friends. The basic formula for the drink is espresso, vodka, a sweetener and some sort of coffee liqueur, but the variations are extensive. Keep in mind that while lots of bars can make an espresso martini, lots are not able to because they do require coffee, which isn’t a standard bar ingredient. Here are our favorite spots that don’t just have them on the menu — they make them their own.

Heirloom Kitchen Pop-Up, Spring Garden
Heirloom Kitchen is currently hosting a six-week pop-up in Spring Garden, with a cocktail menu designed by Ricardo Rodriguez, who’s visiting from Miami’s Broken Shaker. His espresso martini variation uses tawny port and aged rum to bring out the naturally sweet notes in espresso without overwhelming the palate. Get your tickets now before the limited run sells out.

W Philadelphia, Center City
Resa Mueller is one of the city’s biggest cocktail talents, so it’s not surprising that the W Hotel chain tapped her to design the cocktail menu in the lobby bar (called the Living Room). Her espresso martini variation is fat-washed with ricotta and topped with a mini cannoli from South Philly favorite Isgro Pastries.

LMNO, Fishtown
LMNO takes a build-your-own approach to their cocktail menu, letting you pick out your drink base and then the spirit you prefer to include. Take their advice, though, and opt for tequila in the Let’s Do This, an espresso martini variation with cold brew, amaro, chipotle and smoked salt.

Gran Caffe L’Aquila, Center City
If you think of an espresso martini as a dessert drink, you should get one at Gran Caffe L’Aquila, where you can pair their signature, chocolate-spiked version with creme brûlée, ricotta cheesecake, or any number of other sweet treats.

A post shared by Charlie was a sinner. (@charlie_was)

Charlie Was a Sinner, Center City
Of course Charlie Was a Sinner has an elevated version of an espresso martini crafted with their house-made creme liqueur, coffee liqueur, and a shot of espresso. It’s balanced and and not too strong, so you can indulge in more than just one.

a.kitchen+bar, Rittenhouse
a.kitchen has a way of participating in the trends without seeming too trendy, which is nice. For their espresso martini, they use vodka, cream, Averna and creme de cacao to create a balanced drink with a base of Rival Bros. espresso for a local twist.

Palizzi Social Club, East Passyunk
If you can gain entry, you can enjoy Palizzi’s espresso martini with brown-butter-washed amaro and clotted cream as a side to your dessert.

Figo, Northern Liberties
Figo has three different takes on an espresso martini on their menu, including a frozen version. Trouble deciding? Ask for the flight and try all three.