We’re throwing a party and the whole city is invited. Here’s who will be cooking dinner. 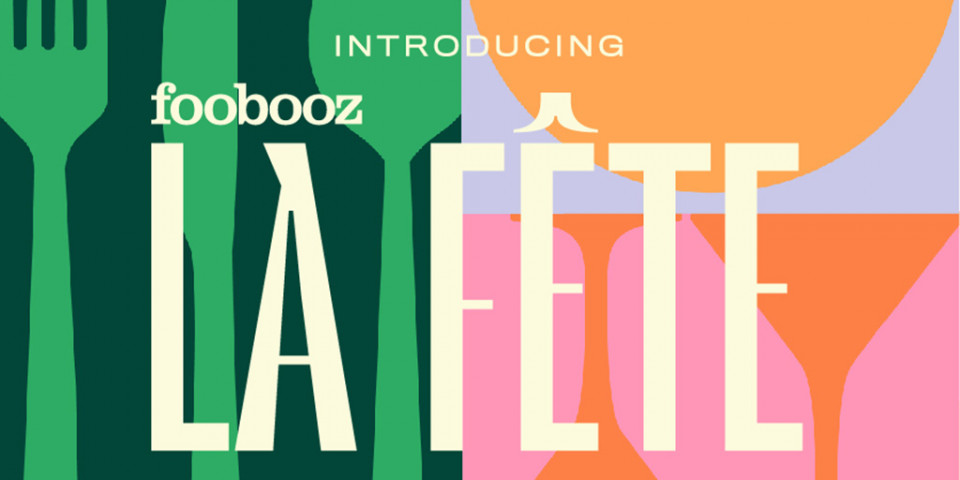 La Fête is the party Philly deserves, just when we need it most. / Illustration by Philly Mag

For those of you who missed the big news last week, the team here at Philly Mag and Foobooz World HQ has decided to throw a party built for the mood and the moment. It’s called La Fête — a two-night picnic under the stars at the Mann Music Center featuring 10 of the city’s best chefs. Each night, half of the group will collaborate on a unique, family-style menu answering the question: “What does Philadelphia taste like right now?”

We’ll be outside, rather than shut in some warehouse. The roster of chefs is short (so we could curate an interesting mix of styles and influences, cover the ingredient costs and pay the chefs for their time). And the guest list is capped so the experience feels intimate. Most importantly: The chefs will have the freedom to cook whatever they want to cook. To show off. To bring something to the table that would highlight themselves, their restaurants and the city.

So who do we have cooking at this year’s Foobooz La Fête?

I’m so glad you asked.

Adam Sosnowik from Middle Child Clubhouse: Middle Child’s rowdier, snarkier, boozier second location is one of the hottest restaurants in the city right now. With a menu that leans hard into upscale junk and the unironic glorification of comfort food — plus a killer bar program, vegan options, creative deli sandwiches, and a staff that loves the place almost as much as the customers do — MCCH lives right at the intersection of where Philly is now and where it might be headed in the future.

Diana Widjojo from Hardena: Widjojo and her Hardena crew have been banging out some of the best Indonesian food in Philly for years. It was one of the first restaurants I went to when I came to Philly a decade ago, and one of the places that convinced me that I’d absolutely made the right choice in switching coasts. According to Widjojo, Philly has always tasted like “Home and adventure at the same time,” and I couldn’t agree more. Just wait until you see what she’s got planned for our party.

Michael Vincent Ferreri from Irwin’s: Do you know what else Philly tastes like right now? Simultaneous change and continuity. And no one embraces both sides of that coin quite like Ferreri and his team from Irwin’s. Mostly because Ferreri and his team used to be the team from the beloved all-day café Res Ipsa in Rittenhouse. Res Ipsa closed during the pandemic (as did Irwin’s, in its original incarnation), and when the time came for things to start opening again, Ferreri re-formed his Res Ipsa team like some kind of culinary Voltron, moved them all into Irwin’s, and turned the place into a serious paean to Sicilian food. Ferreri and his team will bring all that energy and Sicilian joy to the Mann. It just wouldn’t be the same without them.

Bob Truitt from Wilder: Meet our night one wild card. We signed Brett Naylor and Nicole Barrick’s brand-new Rittenhouse restaurant up for this event before they even had a restaurant. Sure, they had the space and some bright ideas about wood-fired pizza and handmade pasta, but it wasn’t clear whether Wilder would be open or not by the time this event happened. Lucky for us, they have things well underway. Wilder will be balancing Hardena’s venerability, Irwin’s continuity, and Middle Child’s irony with the enthusiasm of being new.

Omar Tate and Cybille St. Aude Tate from Honeysuckle Provisions: There are very few chefs in this city who have thought longer or harder about what Philly tastes like right now than Omar Tate. He’s written poetry and essays about it, developed menus based around his memories of Philly in the summertime, constructed dishes inspired by the sights and sounds and scents of home. And he and his wife, chef and author Cybille St. Aude, will bring that focus to the table at the Mann.

Chutatip “Nok” Suntaranon from Kalaya: Suntaranon charts a fascinating path, offering Thai food that eschews Americanization in favor of the flavors and textures she remembers from childhood. Sometimes a city tastes like what it is. Sometimes it tastes like what you want it to taste like. Kalaya is one of those places that’s changing Philly’s flavor one plate at a time. I don’t think anyone will fight me on the notion that Kalaya is one of the best restaurants in the city right now.

Thu Pham and Jacob Trinh from Càphê Roasters: Pham and Trinh knew what they were cooking for the party the first time I talked to them. They got the concept right way. As a matter of fact, Pham’s answer was so lovely, I’ll just leave it right here: “Imagine walking on dewy grass at FDR Park on a Saturday morning, surrounded by aunties, grandmas and their children who are cooking the best street foods made with an abundance of fresh produce and an array of herbs, skewered meats grilled on charcoal, not too sweet and decadent Asian desserts and fried pastries, freshly squeezed orange juice and sugarcane, coconut based desserts with colorful jellies, tapioca and fruits — all enjoyed alongside people of different backgrounds. Philly is a collection of kind, vibrant people that gather for the similar purpose of celebrating each other’s cultures over delicious drinks and food at spaces that evoke the feeling of home.”

Randy Rucker from River Twice: You can’t have spent any time poking around Philly’s dining scene without running across Rucker’s name. He does collaborations with all different chefs — both local and national. Plus, his restaurant is this amazing little modern American workshop full of fusions that exist in strange, transporting harmony. If we’d thrown this party without Rucker and River Twice, we‘d have failed in our goal of capturing Philly at this moment in time.

Aaron Paik from Rex at the Royal: New to the scene, but not to Philly, Rex at the Royal is the fancy new home of a restaurant that’s been bringing Lowcountry cuisine to Philly for years. And Paik may be new at Rex, but he’s been cooking all over the country. He now translates those experiences for a Philadelphia crowd — which is exactly why we’re bringing him to the Mann.

Tevon Tyrell from Hummingbird Island: Is it a little bit wacky to ask a chef who runs a small pop-up project to cook at a lawn party for hundreds of people? Maybe it is. But I don’t care. Tyrell makes serious Jamaican food, and he’s going to be great. Come to La Fête on Tuesday night and you’ll see how he collaborates with some of the best-known chefs in town. Plus, you’ll be able to say you knew about Hummingbird Island before Tyrell got huge.

So that’s it. Those are our chefs. The menus are coming together now. Orders are being placed. Collaborations are being discussed. And of course, I’ll have more news for you about La Fête as we get closer to the big night(s). But for now, just think about the kind of meal these cats can cook. Just think about how badly you’ll feel if you miss your one chance to see them all working together on a dinner.

Want to come join us? Cool. You can check out the website for more information, some FAQs, and to get your tickets for either Monday or Tuesday.

Both are going to be great parties, but choose wisely. There’s never going to be another night like these again.