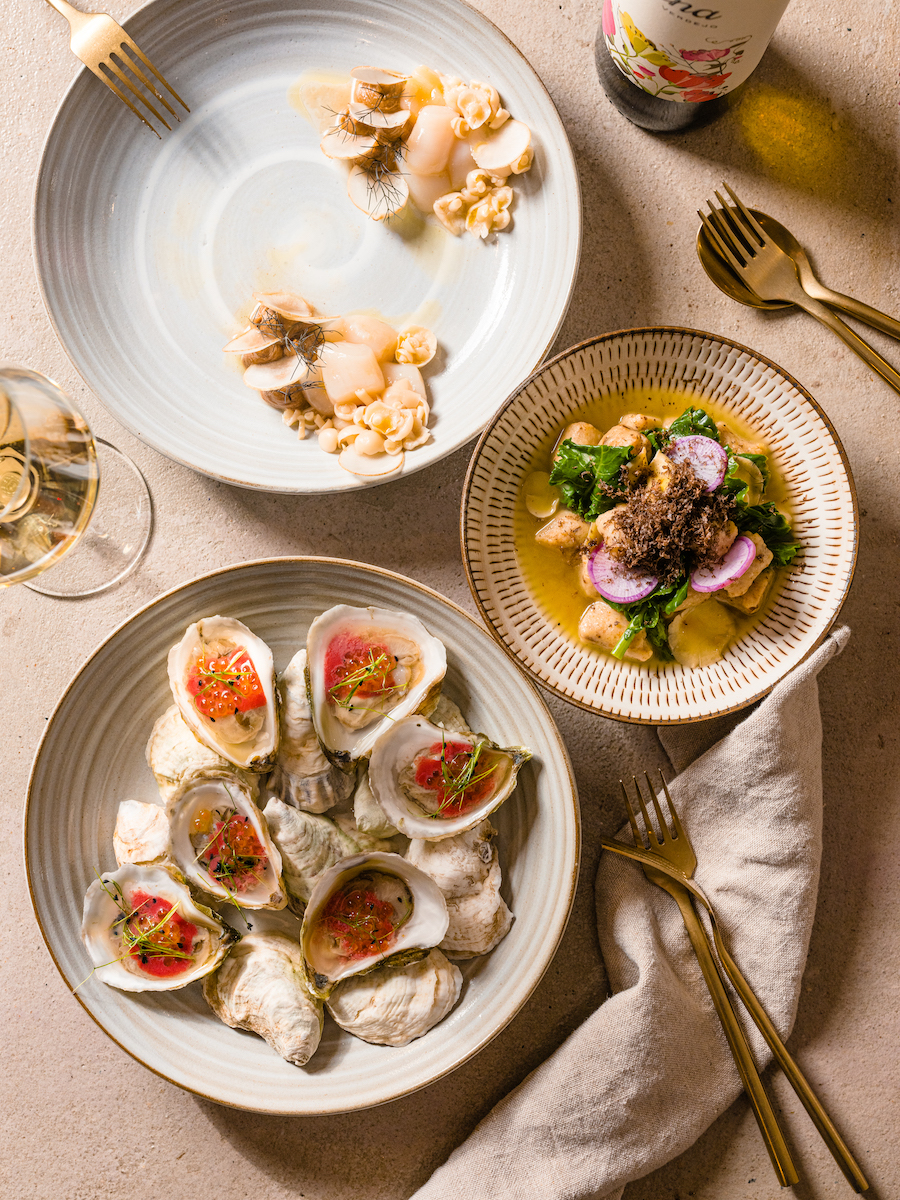 It would be easy to overlook River Twice.

Not due to the location. It has prime placement in the old Izumi space on East Passyunk, right on the square. It has a big sign, lots of foot traffic, warm lights glowing in big windows.

But the space itself is spare and sophisticated like a Scandinavian living room, with a place for everything and everything in its place. Stacks of spices and dry ingredients in identical clear boxes. Gleaming stainless. Sand-colored linen. Tables with hidden drawers for silverware. The menu is seasonal, regional New Americanism — all words that have been stripped of meaning in the last few years. And the place is small. Three parties can make it feel crowded. Ten might be a full house. 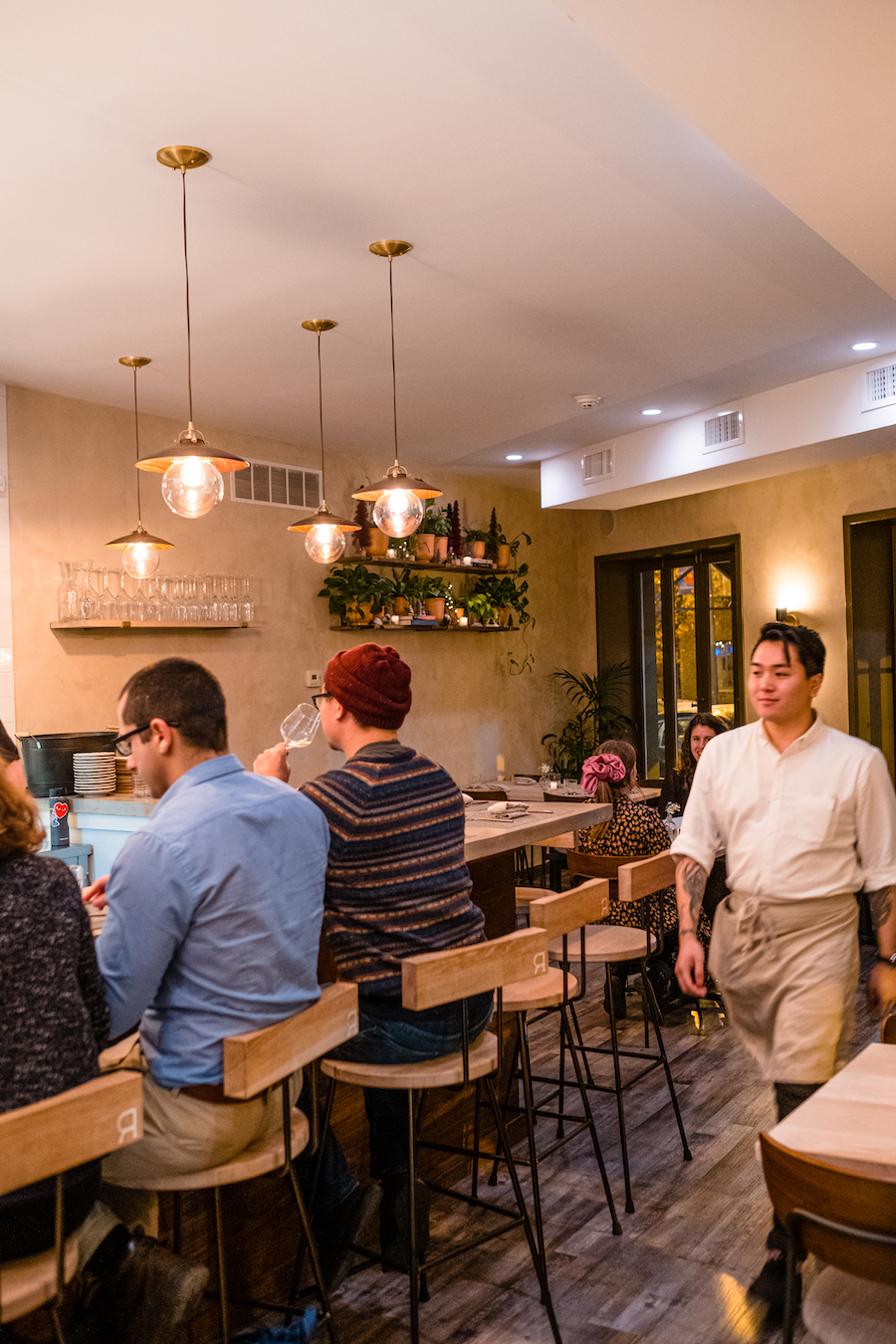 The dining room at River Twice | Photo by Ted Nghiem

Order This: The bread dumplings and anything that showcases Rucker’s skill with vegetables.

River Twice is built for care, precision and control. Chef Randy Rucker (here from Texas, with a James Beard nom behind him) can see every table from his post at the pass. His open kitchen isn’t sequestered; it’s a functioning piece of architecture, bulging out in a way that shapes the flow of the dining room and makes its counter seats into a de facto chef’s table.

He shaves the corned short rib thin, lays it over butter-soaked Texas toast from Machine Shop Boulangerie, then tops it with butter beans “escabeche.” I watched a sous-chef place and re-place the garniture on a plate of scallops with sunchokes five times, bumping it with the knuckle of his thumb until it lay just right. Rucker’s bread dumplings are based on a recipe from his mother, Bootsie. His come with golden oyster mushrooms, shaved radish, black truffle, a kombu dashi. A bit different from Mom’s? Sure. But he still says hers are better. 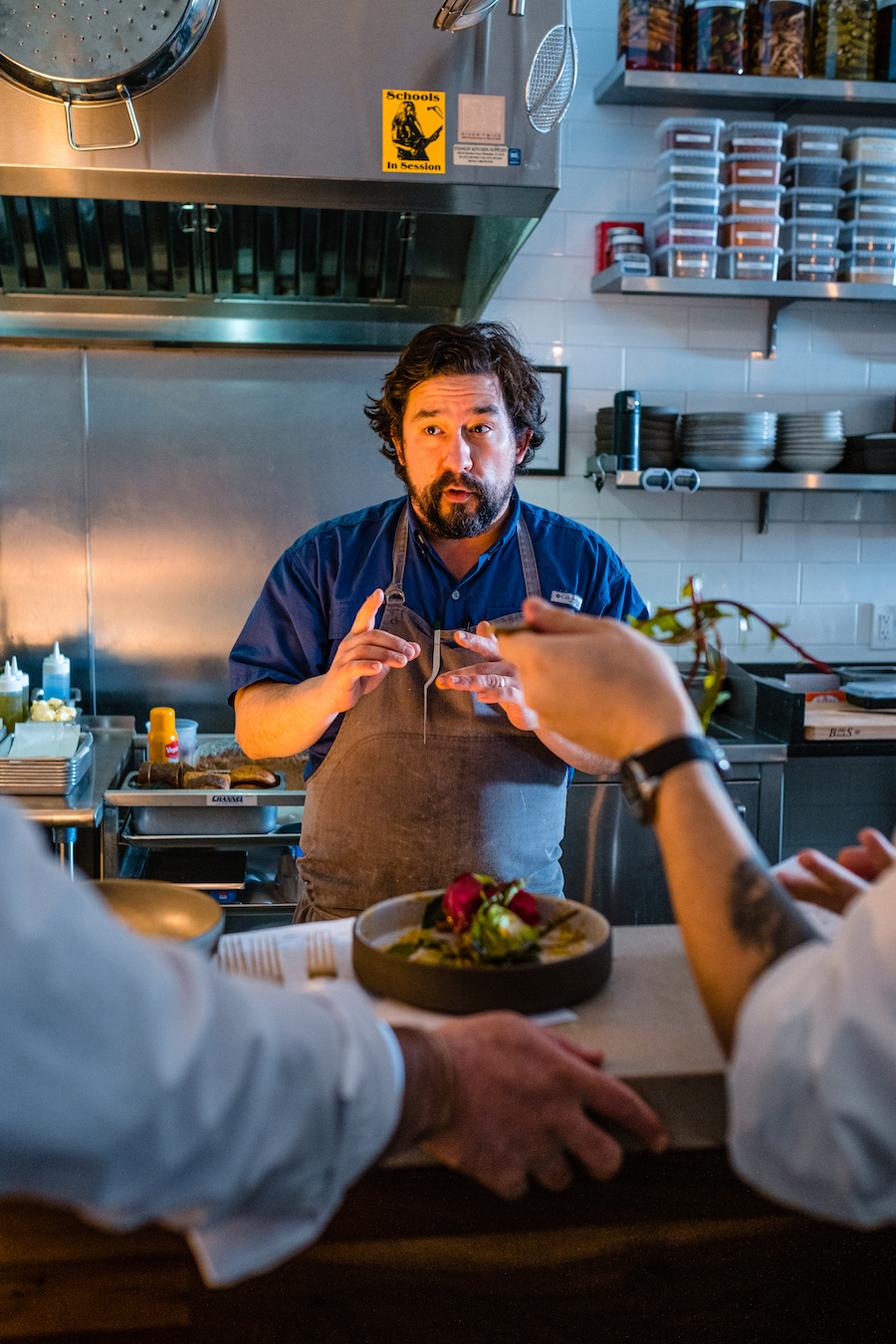 I hit River Twice during a brief window in which they had bluefin tuna on the menu, perfectly seared around the edges, painted with coffee shoyu, and topped with a gentle fold of royal trumpet mushroom. I didn’t love it. The textural friction between the mushroom and the tender flesh of the tuna was strange. The coffee was a bare whisper in the background. But it was only an unsuccessful dish by comparison, suffering for having a balance that was three degrees away from true. Three degrees less ideal than the impossibly light honeynut squash and brown butter puree that came in spoon-shaped quenelles decorating the spruce-smoked pork loin with red pepper-spiked broccoli.

Rucker came by, asked what I thought. I told him how crazy-good the squash puree was.

“All thanks to the ingredients,” he said, then leaned over, put a hand up to his mouth, and whispered: “I just try not to fuck ’em up.”

Which is, perhaps, the greater wisdom at work here, because with that ever-changing menu and a liquor license in the works, River Twice has all the right ingredients to be a phenomenal restaurant.

And all Rucker has to do is not fuck ’em up.