The Middle Child Clubhouse, brand-new in Fishtown, might be a restaurant designed for Philly's future. At least, the people on staff think so — which is a great start. 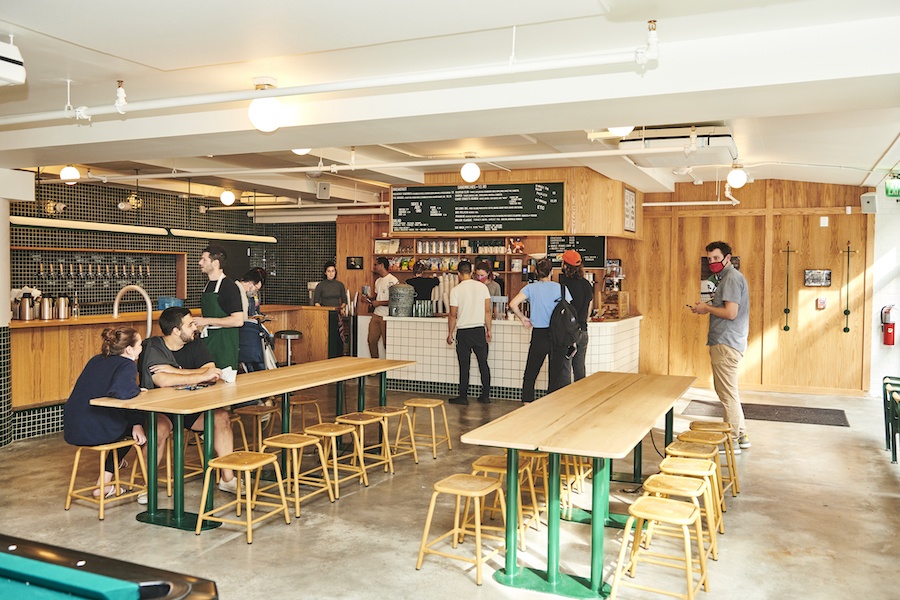 I spent last summer searching for the restaurant of the future here in Philly. Which restaurants would be trailblazers in this strange new world in which we find ourselves, navigating what so clearly seems to be uncharted territory razed by a global pandemic? The change-makers in this town seem to be the small fries, the young heads willing to experiment with their business models and power structures.

With Middle Child Clubhouse, the big, grown-up version of the original that just opened in Fishtown, owner Matt Cahn seems like he’s figured out at least one clear path forward. I know this because according to multiple staffers, Middle Child had to turn away applicants in the middle of one of the biggest labor shortages in the industry’s history. Cahn was able to assemble an almost Monstars-like team to run the place: Adam Sosnowick (who padded his already-stacked résumé with a few years at the Michelin-starred Rose’s Luxury in D.C.) running the kitchen, Brandon Thrash (previously of Townsend and the Hawthorne’s group) behind the bar, Dan Britt (chef at Pizzeria Beddia) playing a sort of DOO role between the two Middle Child restaurants (the Middle Children?), Mochi Robinson (the lovable dude who ran counter service at Middle Child) running daytime service behind the coffee bar, and Bernadette Di Blasio running the dining room at night — plus 40-some other employees.

“The problems with the restaurant industry aren’t even specific to the industry. They are work problems and American problems,” Cahn says. “It’s about trying to humanize this business. There are 45 people who work for Middle Child. Like, that’s crazy. It is just so important for me to not lose sight of the fact that it’s people that are working here; it’s people that run this thing. Businesses become their own beasts; they accomplish all these goals without thinking about the fact that it’s fucking human beings, who have bad days and good days, who make that thing run. And without them, it’s nothing.”

On a job worth moving for: “I moved to Scotland for two years, and I literally moved back to America for Middle Child Clubhouse. Not even kidding. Matt called me and convinced me to work here with the concept: basically, an adult version of what we had created at the original Middle Child. Just a place where you can come hang out, kick it, feel like you’re a part of some sort of community but not in a 12-seat restaurant. So, basically, Middle Child, but bigger and slightly more mature. I said, ‘Well, I fucking love the idea.’

“I had to ask myself what, exactly, I’d be willing to go back back home for. How would I want to live? Who would I want to work for? We just had a sexual harassment seminar for half the staff. Second half of the staff is going to have it later on. Yesterday, we had a mental health awareness seminar. We are going to have, like, six more of those. These things are huge — but they’re also just small things to show that he cares about the individuals on his staff.” 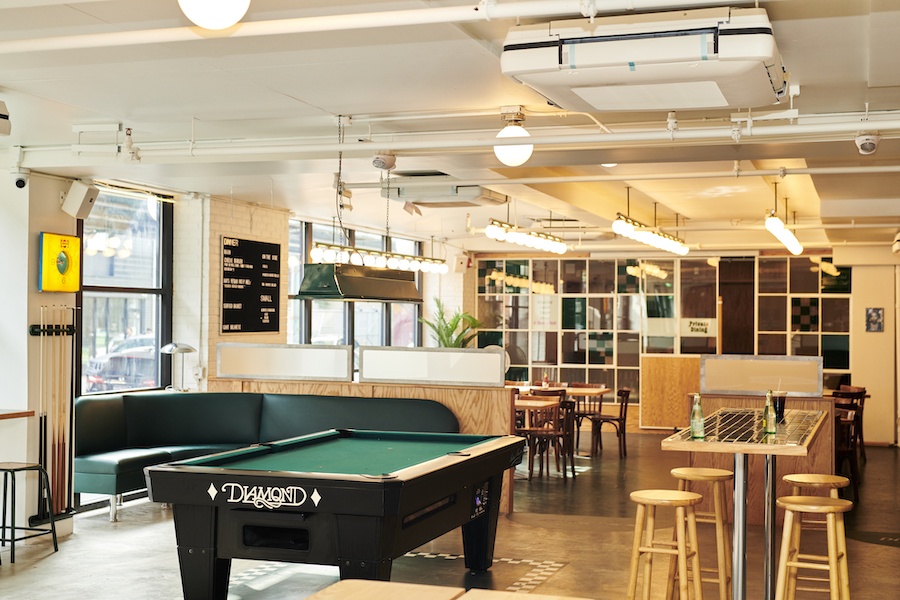 On hope: “I think it’s hope. There is a hope in Matt that naturally oozes out of him. He is very passionate, but what’s driving it isn’t ego, or the product, or the bottom line. Matt’s drive is keeping people happy. Every decision is based around that. … I have worked in a lot of restaurants where the managers are overwhelmed and shit falls downhill, so it becomes harder on the cheaper labor, as opposed to setting the employees up for success. Which is the point of Middle Child: How can we turn up efficiencies in every part of the job? And as we do that, how can we be sure to communicate what each person involved is thinking? You don’t hold on to your feelings here. You say it, and that is just so fucking rare in restaurants — to be able to have a voice.

“I haven’t worked in a place that has felt like this. There are other restaurants that I have worked in that are held to high regard, where they tell employees that things will be done differently, but they were all the same, just with different makeup on. This place is just different.”

On equitable pay: “Matt’s idea was: Let’s spend the money we have on the employees and figure out the rest. A lot of restaurants don’t have the opportunity to do that, and he really leveraged his success with the original location to put his employees here first. Paying everyone fairly was the first priority, and figuring out how to run a restaurant on what was left was something that Brendan, Dan, Matt, and I were tasked with figuring out on the back end — which is very unique. It wasn’t like, ‘This is what’s left for the employees.’ It’s ‘This is what the employees are getting, and this is what’s left for us to piece the business together.’

“Restaurants shouldn’t be someplace you work at because you have to. We are trying to keep a career-oriented mind-set for everyone, from dishwashers to managers. … We are splitting tips between the front of the house and the back of the house. Back of the house will get 15 percent of the pool tips for the day, and the front of the house will get 85 percent. So if the kitchen is getting completely crushed, then they are making more money. It eliminates that huge rift between front and back, where servers are walking out with an extra $200 while cooks are making the same whether it’s slow or busy. I think we’ve created this system where everyone in the building wants to be busy as fuck, because that just means everyone in the building is going to walk out with more money in their pocket.” 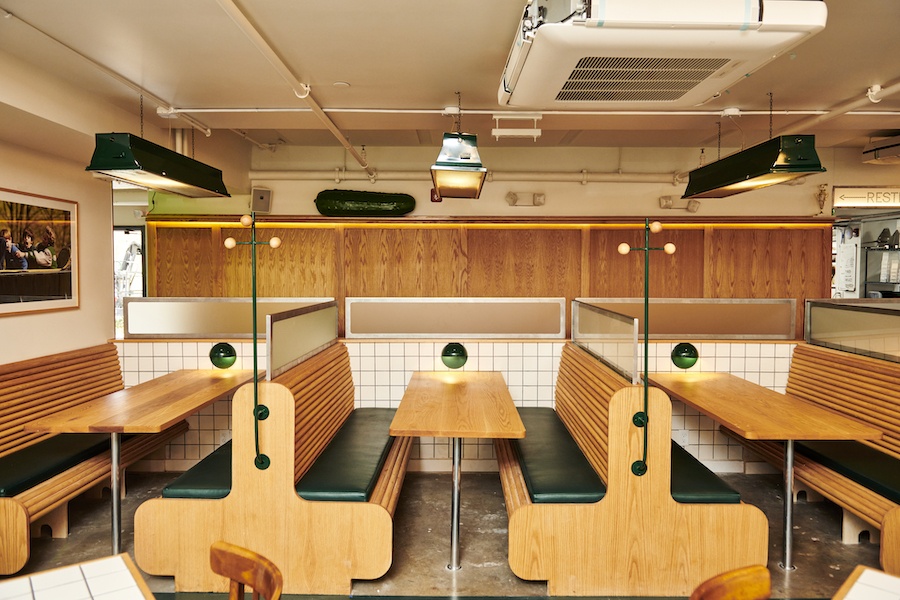 On transparency: “The reason that I came onboard and the really special thing about working for Matt to begin with was transparency. That is something I’ll talk about all the time. It’s something we extend to our staff: being transparent and open about what our limitations are. We don’t hide anything, and Matt didn’t hide anything from me. As someone who wants to own a bar and their own restaurant one day, one of my big asks of Matt was that he’d open the P&L [profit and loss] statement to me and talk about the business — and from day one, that was a thing. He followed through on that.

“The biggest thing for me was that we just talked all the time, openly, about everything that Matt was doing. If he didn’t know the answer or didn’t know what he was doing, he just said, “I don’t know the answer. I don’t know what I’m doing.” And that was so special. That transparency they push out is Matt to a tee. And the beverage program here is part of that ethos. I met with the bar staff for the first time, and it was really special and emotional. What I told them was, ‘Everything will be open to you; everything will be in a Google Drive folder that you can access. Invoices, P&Ls, costing sheets, every single thing that I know, you can know, too. It’s all there for you.’ The purpose is for training the staff and teaching them how to be bartenders and managers — and how to be some of the best bartenders in the country.” 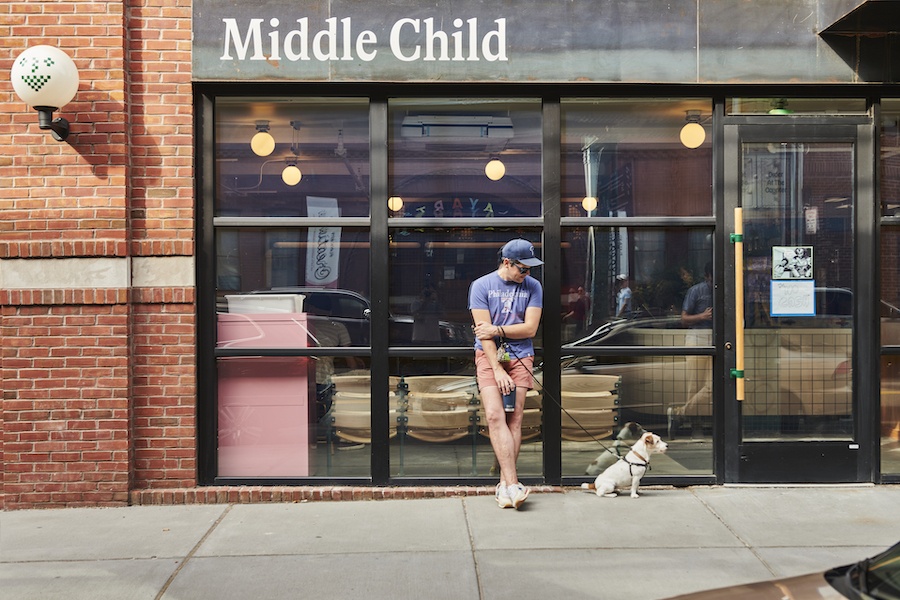 On being fulfilled: “I personally swore that I would never come back to restaurants. I spent the last three years trying so hard not to work in restaurants.  I came to Philly to study wine and pass the Court of Master Sommeliers test. I worked for Stephen Starr for a little while, and then everything shut down. I was at the Dandelion, which was great, but after shutting everything down — as it did for everyone — there was a moment of reflection. I thought, What am I doing? This industry is so volatile. You can wake up and just not have a job, and there’s literally no security behind it. Meanwhile, all my friends get to go work from home.

“I’m good friends with Brandon Thrash. I’ve known him outside of Middle Child since I moved here from North Carolina. And every time we would get together, I would express that I didn’t feel fulfilled in what I was doing. Over and over again, he told me to come meet the team at Middle Child. I did, and after I left, I just thought, ‘Well, fuck it. If anyone is going to do it right, it’s going to be this place.’ And I think that is what everyone is feeling.”