As for the rest of you, it seems to come down to which Facebook neighborhood group you belong to. (Yes, we polled the people.) 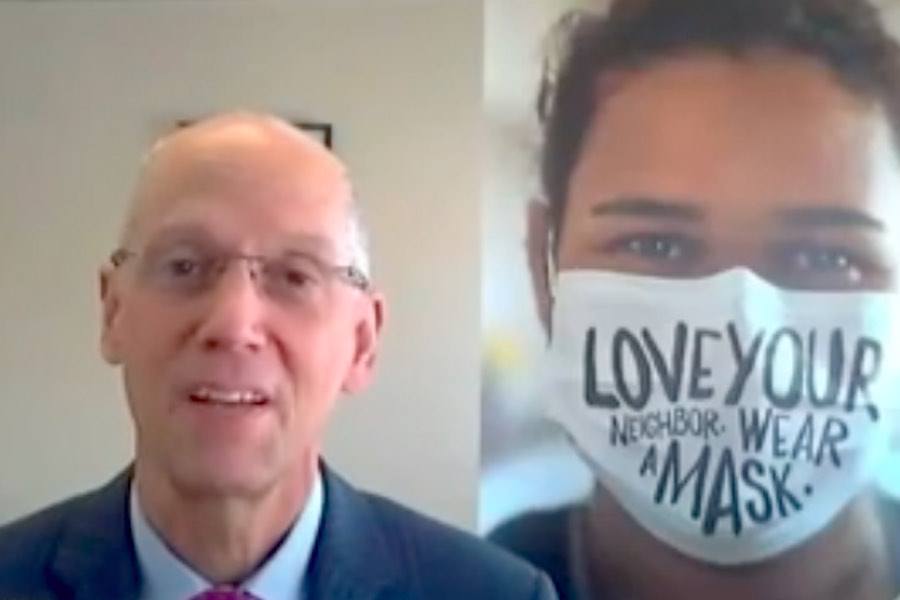 Indoor dining is a hot topic for discussion right now among Philadelphia restaurants and the public — well, in all of Pennsylvania, really.

Some have praised these reopening moves. Others think we should just reopen the whole damn state at 100 percent and leave the government out of it. And still others feel like the relaxation of restaurant rules amid the COVID pandemic is going to bring about the end of civilization.

And so I wondered, what does Philadelphia health commissioner Tom Farley really think about indoor dining? He’s decided to allow taxpayers to return to indoor dining rooms at Philadelphia restaurants. But will he go himself?

During a Tuesday press conference, I asked Farley if he has any plans to eat indoors at Philadelphia restaurants anytime soon.

“I do not,” he told me. “It’s not — the risk is not worth the benefit. I could get great food by takeout or preparing it at home.”

But surely you eat outdoors at Philadelphia restaurants, right doc?

“I don’t eat outdoors,” he said. “The risk is far lower outdoors. But I just don’t see a need to.”

We all know how Mayor Kenney feels about dining at restaurants during COVID. He’s been eating outdoors at Philadelphia restaurants for a while now. Kenney won’t say where (he recently told a reporter that he’s keeping that information to himself, otherwise the media would follow him there), but we know Rouge is on his list. And then there was the viral photo of the mayor dining indoors — albeit in Maryland, not in Philadelphia.

As for the general public, I decided to embark upon a thoroughly unscientific study to determine the restaurant habits of people in the Philadelphia area during COVID. So I posted a poll in four different neighborhood/community Facebook groups, giving respondents four choices:

It turns out that the results were starkly different depending on the neighborhood/community group I was polling.

On a Delaware County restaurant scene page, out of a total of 433 respondents, it went like this:

On South Silly 2.0, a Facebook group loosely based around South Philly and geared more towards a younger, newer South Philly crowd than the one that was defending the Columbus Statue, the results came in as follows, out of 226 respondents:

Over on the Lower Merion Community Network Facebook group, out of a total of 261 respondents:

Finally, I ran the poll on the Mayfair Matters Facebook group, where 187 members responded. The results looked like so:

Maybe they don’t have a lot of good outdoor dining spots in Mayfair, I dunno.