Of course, the county where Kenney ate inside has drastically fewer cases of COVID-19 than we do. But, hey, Vetri's known for his great pastas -- not for his great logic. 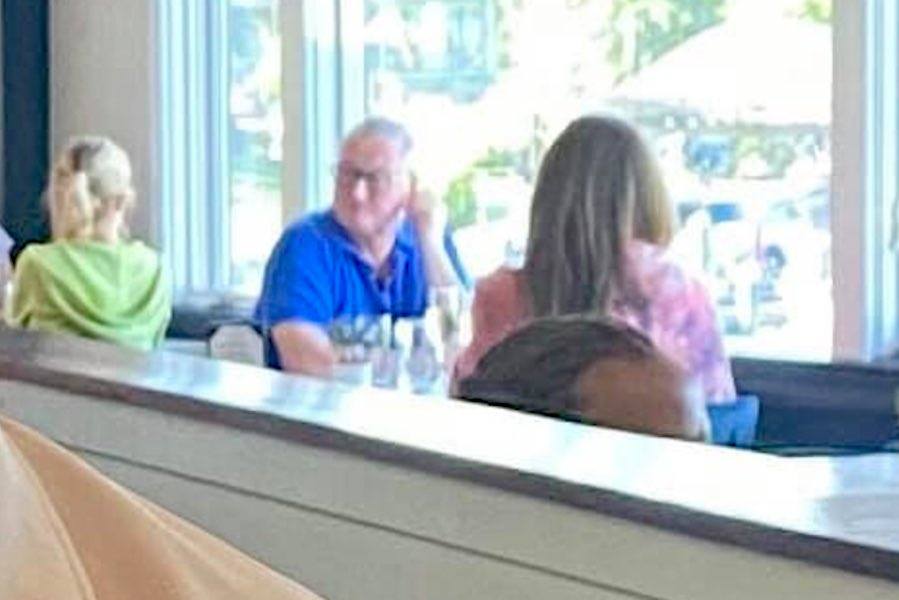 Poor, poor Jim Kenney. The mayor of the sixth largest city in the United States has been on overdrive since March. And so he decided to enjoy some much-needed R&R with his girlfriend in Maryland over the weekend.

On Sunday, the pair ventured to a Chesapeake Bay restaurant owned by one of Kenney’s friends. And though I would have chosen an outdoor table in the salty Chesapeake Bay breeze, sipping on a Chardonnay as I gazed into my lover’s eyes, only mildly anxious at the prospect of a seagull swooping down to snatch a lump of crab off my plate, Kenney opted for indoor dining, as a now-viral photo has duly documented.

One person to take note of this was Philadelphia chef Marc Vetri, who has been the most vocal critic of Philadelphia’s restrictions on restaurants during the COVID-19 pandemic. You may remember that the health department recently announced that Philadelphia’s indoor dining ban is scheduled to be lifted on September 8th, meaning Marc Vetri and all of his fellow chefs still can’t offer indoor dining to customers. And yet the mayor has the nerve to eat inside a restaurant?

“Hi @phillymayor!!!” wrote Vetri on social media late on Sunday night. “Glad you’re enjoying indoor dining with no social distancing or mask wearing in Maryland tonight while restaurants here in Philly close, suffer and fight for every nickel just to survive. I guess all your press briefings and your narrative of unsafe indoor dining don’t apply to you. Thank you for clearing it all up for us tonight. 🙏”

Mind you, Vetri glazes over the fact that the area of Maryland that Kenney visited hasn’t been impacted by COVID-19 nearly as much as Philadelphia has. And because the impact in the Chesapeake Bay area is relatively low, public health officials in Maryland have allowed restaurants to offer indoor dining again — with restrictions in place, naturally.

The mayor’s office has released the following statement over the whole kerfuffle:

The mayor went to Maryland earlier today to patronize a restaurant owned by a friend of his. For what it’s worth, he also went to Rouge to enjoy outdoor dining in Philly on the way home. He looks forward to expanding indoor dining locally next week.

Throughout the pandemic the Mayor has consistently deferred to the guidance of the Health Commissioner, who in this case felt strongly about waiting until Sept. 8 to resume indoor dining. If elected officials at the federal level had similarly deferred to health experts over the past five months, this might not even be an issue by now.

Of course we understand the frustrations of local restaurant owners who have been among the hardest hit by the pandemic. But there are 782 total cases in the county the mayor briefly visited, compared to over 33,000 cases in Philadelphia. Drastically different circumstances.

I’m guessing Kenney won’t be able to score a seat at Fiorella when Vetri reopens it for indoor dining next Tuesday. Join the club, pal.

Temple University’s Fall Semester Not Off to a Good Start

While many local colleges and universities have gone all virtual for the start of the school year, Temple is offering in-person classes. Or at least it was.

On Friday, Temple revealed that there were 58 active COVID-19 cases on campus. By Sunday, that number had nearly doubled. And so Temple officials decided to suspend all in-person classes for the next two weeks. The students who were scheduled to take in-person classes will now go virtual until at least September 11th.

Donald Trump Is Actually Going to Show His Face in Philadelphia

Well, this should be interesting.

President Trump is coming to Philadelphia on Tuesday, September 15th, for a live “town hall”-style broadcast with George Stephanopoulos. The show is scheduled to air on ABC at 9 p.m. Other than that, details — including the location — are few and far between. But I hear that there will be a live audience and you’ll also be able to, uh, engage with the president online. Get your questions (or more likely your protest signs) ready.