So You (Like Everyone Else on the Internet) Want to Make a Sourdough Starter. Here’s What You Need to Know

Chris DiPiazza of Mighty Bread Co. breaks down the care and feeding of your starter. Plus, his best guess as to why sourdough baking has caught on for this moment. 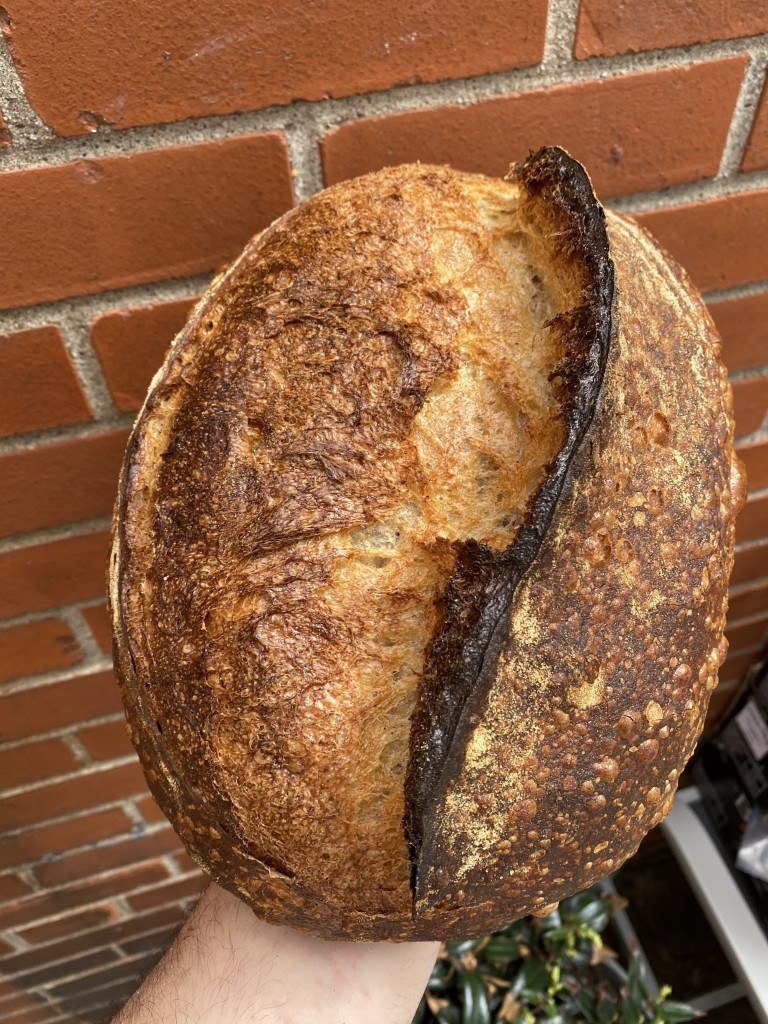 Get ready to make some delicious loaves with the help of a sourdough starter. Photo courtesy of Chris DiPiazza

We don’t often write about home cooking, but with restaurants reduced to takeout-only options, we want to continue to commune with our readers over food, which means celebrating the cooking that continues to happen in Philadelphia, both in restaurants and in homes. We’re working to keep you connected to your favorite chefs and restaurants, without needing to leave your own kitchen. So, until we can finally return to all those places that brought us joy, we’ll be publishing ways to bring that very same joy into your homes. This story is part of the Foobooz Guide to Home Cooking.

“My Instagram feed is usually a ton of people baking bread anyway,” said Chris DiPiazza, owner and founder of South Philly’s Mighty Bread Co. “Now when I open it up, it’s like, literally every person on there is posting about their sourdough starter, about their loaf of bread.”

In addition to selling whole wheat and bread flour in five-pound bags, DiPiazza says he has given out between 20 and 30 containers of Mighty Bread’s sourdough starter a week since the stay-at-home order went into place. People’s interest in sourdough is spiking, and DiPiazza says he get it. When he first started baking about six years ago, he had never made bread before, but he got deep into it pretty fast.

“It went pretty poorly,” he said. “I was really bad at it, so I decided to bake a loaf of bread every day for a month. It’s such a rabbit hole. Now, I’m answering texts from people who have never done this before and they’re so pumped. I just think it’s so exciting. When you have your dutch oven and you take the lid off and you see the bread, it’s such a thrill.”

To be sure, people are looking for at-home thrills these days, but DiPiazza says he thinks people are also interested in the mystery associated with sourdough. People have basically been baking bread this way for thousands of years. Before commercial yeast was created around 1900, this was the only way to make bread. Now, that institutional knowledge has been lost.

“It is at once hands-on, and very hands off. It takes a long time, and there are moments when you have to work with it, but generally it’s not actually that time-consuming,” DiPiazza says. “By the time you take it out of the oven, though, you’ve sunk a lot of time into it, so it’s disappointing if it doesn’t work. On the other hand, even if looks kind of weird, and it isn’t perfect, it’s still going to taste way better than a store-bought loaf. I think that’s what keeps people coming back.”

To avoid that disappointment, there are a base level of rules that DiPiazza says you must respect. Here’s what you need to know.

For starters, what is sourdough starter?
“Sourdough starter is a collection of wild yeast, enzymes and bacteria that we’re fermenting into a culture that is able to then leaven bread,” says DiPiazza. “When you buy active dry yeast, or commercial yeast, that is one specific yeast culture that is dried and crumbled. When you’re making a starter, you’re cultivating an entire range of bacterias, yeasts and enzymes to do that job for you, which is why you get a better, more diverse flavor.”

How do I take care of it?
You can make your own starter, or get some from a friend (or friendly baker, like Chris.) Once you’ve got it, you’ll need to feed it. Here’s how that works.

“The bacteria and enzymes need to eat, so they eat the simple sugars in the flour, and then they release carbon dioxide gas and lactic acid, which makes it bubble up. So in caring for your starter, you’re trying to keep them fed and happy and producing those byproducts, so you have to keep replenishing the food source, which is the flour.

If it’s going to be a while before you bake, you can put it the refrigerator. Let the water and flour absorb after the feed, then you can leave it for about two weeks. The cold slows down the bacteria and enzymes, so you can go way longer between feeds. Once it comes out of the fridge, you want to give it two or three feeds before you bake with it.”

What can I do with the stuff that’s left over once I’ve fed it?
“Pancakes and waffles are the best,” says DiPiazza. “Using the discard for baking and cooking adds a really nice flavor. Just be sure to use the discard quickly after feeding it, otherwise it will become too sour.”

How do I know when it’s ready to bake with?
“As the starter rises after being fed, it will double in size,” says DiPiazza. “As it rises, you’ll notice that is domed outward, and then at some point it will crash, which means that the angle will reverse and it will become concave. At the point where it just starts to crash, that’s when you want to start baking with it, because it has tons of activity happening to leaven the bread, but it’s not too sour. I know that sounds really specific, but it’s about a four to six hour window.”

What should I make?
Anything that involves yeast can be made with a starter, but you’ll want to find a recipe that was specifically developed for sourdough. Chris likes Brickhouse Bread and Bonnie O’Hara both of whom have lots of tips and recipes on their instagram pages. O’Hara also wrote a useful book called Bread Baking for Beginners, which Chris recommends. You can also check out the Tartine Bread cookbook, which was the first book Chris read about sourdough.