Grubhub, Doordash, and Postmates have been listing some Philly restaurants’ menus and information on their sites without permission, leaving small-business owners to deal with the consequences. 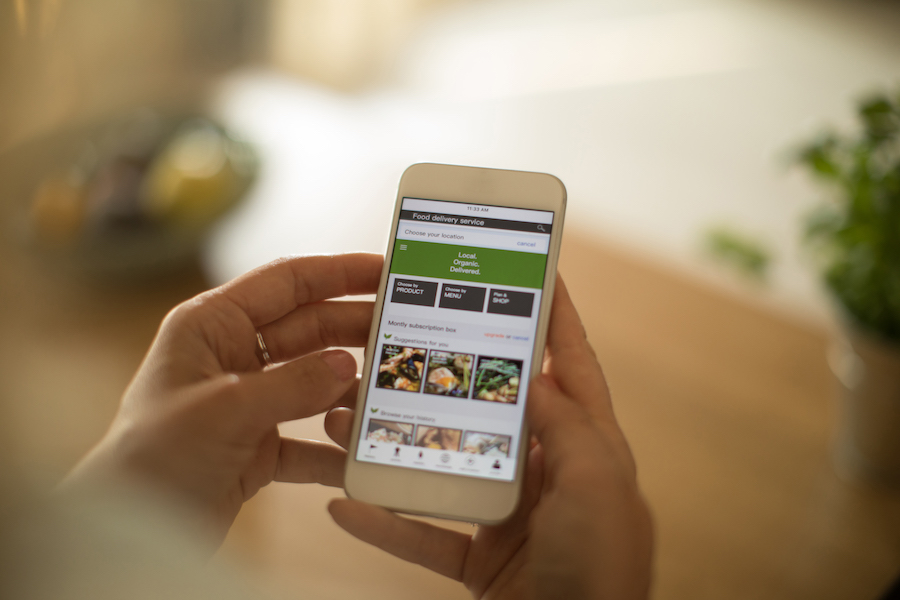 Philly’s Love & Honey Fried Chicken shared an image of a complaint against Grubhub on Instagram over the weekend, threatening legal action if the restaurant’s menu was not removed from the site. By midday Monday it appeared that Grubhub had complied, but the post had already set off a chain of comments from the restaurateurs behind spots like Elwood, Mike’s BBQ, and Saté Kampar that demonstrate how many restaurants across the city have had problems with food-delivery companies.

@grubhub you don’t know who you are dealing with.

In October, Eater reported that Grubhub, currently the largest such service, was joining competitors such as Doordash and Postmates in listing restaurants on its site without actually partnering — or even communicating — with the businesses. This non-partnership policy seems to be hitting Philly restaurants hard, judging by an outpouring of frustration from restaurant owners across the city. (And by the way, this isn’t the first time local restaurants have pushed back against delivery companies. Last year, Tiffin, the Philly-based Indian chain, filed a class-action lawsuit against Grubhub for charging restaurants for phone calls that did not result in orders.)

At Baology, which partners exclusively with the delivery service Caviar, owner Judy Ni says the restaurant has struggled with being listed on Doordash and Grubhub. Because the restaurant doesn’t have an account with these companies, it doesn’t receive any orders that are submitted through them.

“The couriers walk in and we tell them we don’t even have an account with Doordash,” Ni explained. “And so they leave and they go outside and call the guest, and the guest doesn’t understand what’s going on — it makes us look absolutely terrible, and it becomes this mess of confusion for the guest.

“If they want to place an order, we’re happy to ring it in just like any other guest, but the prices and menu options on Doordash’s site are wrong, and it makes us sound completely incompetent and we don’t want that to be a representation of the way we do business.”

This has also been a problem at Saté Kampar, where owner Ange Branca has fought for years to have her information removed from both delivery sites and a fake website. Sate Kampar takes to-go orders over the phone, regularly — but unknowingly — accepting Doordash orders that way. When the couriers arrive to pick up the orders and the restaurant’s listed menu prices turn out to be higher than those listed on Doordash, guests refuse to pay the correct charge. This means lost money for Sate Kampar, as well as wasted time and angry customers.

Last year, Hardena started receiving phone orders via Postmates, which listed prices from the restaurant’s original 2001 menu. They refused to accept the orders, says co-owner Diana Widjojo, but guests began complaining that the prices they’d seen online weren’t the same as in the restaurant. Postmates told the team at Hardena that the only way to change the prices would be to become a member, which meant accepting delivery orders and paying the company a percent of their profit. The listing is still live, and still reflects the 2001 menu prices. Grubhub, Doordash, and Postmates did not immediately respond to requests for comment.

Even when restaurants intentionally partner with these companies, it can be a financial strain. According to Kiki Aranita, who owns Poi Dog, UberEats and Caviar charge the restaurant about 30 percent of the order cost, which is standard for the industry.

“Imagine traditional restaurant pricing,” Aranita explains. “30 percent labor, 30 percent food cost — not to mention all the other fees of running a restaurant. If 30 percent also goes to delivery, that can negate any profit. We have these services because we sell more food through them, obviously, but the system is such that profits through them are low.”

The profits are so thin that Poi Dog cannot offer fresh ahi tuna or salmon poke on their catering and delivery menus.

“Our food cost for fresh, sushi-grade fish is much higher than, say, chicken or pork,” Aranita said. “We only bring in fresh, quality fish for our poke, so if we were to put an item with a 40 percent food cost on a delivery menu, we would be losing money on each bowl.”

Despite the fees they charge restaurants, food delivery companies have struggled to attain profitability. According to The Information, Doordash is expected to lose $450 million this year, and Grubhub significantly reduced its expected earnings for last year. Ni, who worked in private equity before joining the hospitality business over a decade ago, says she believes that these companies are incorrectly representing the value of these services to customers.

“If you don’t provide an accurate picture of the service, it devalues everyone that’s part of it,” Ni says. “If you tell customers it should be cheaper, you’re devaluing our businesses, and that’s not going to help with increasing diversity and supporting these small businesses that really need our support. This is all going to blow up at some point, and customers are going to feel really confused because these companies have been lying about the cost of delivering food to them.”

According to comments on Love & Honey’s post, both they and the Kettle Black have hired lawyers and threatened legal action if their menus weren’t removed from these sites. (Love & Honey’s owners were not available for comment.) The outcry from these restaurants is an indication that they need the support of guests.

“If you can come directly into the shop and order, do that,” Ni says. “Make it clear to these apps that you’d be willing to accept slightly higher prices to make sure all parties involved can be compensated properly. We understand the convenience factor and don’t disagree with the market need for these types of apps.  We’re just asking for a fairer playing field.”