The Franklin's Table location of Dizengoff is now open. 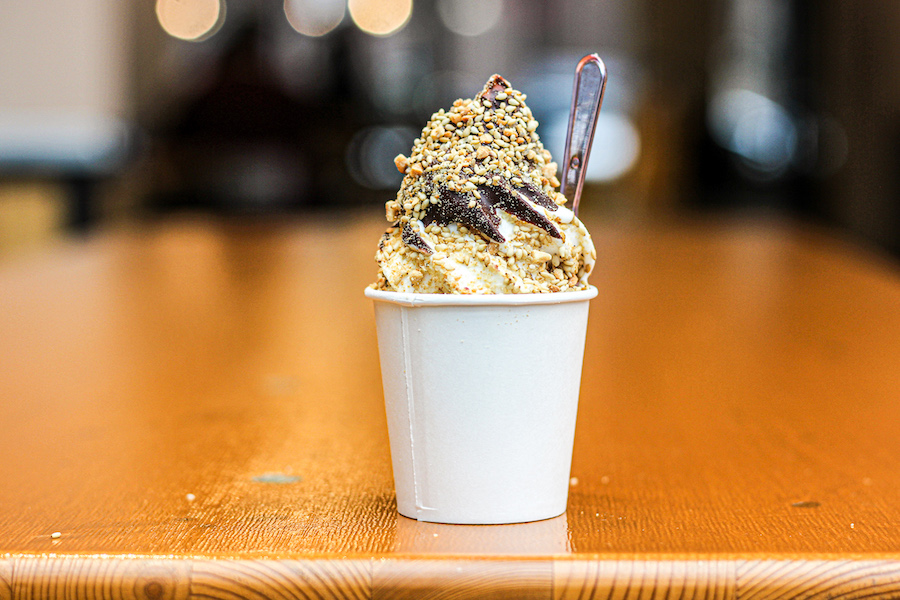 As the culinary director of CookNSolo, Caitlin McMillan works mostly behind the scenes, cooking up ideas like Goldie’s tehina milkshake, one of the best afternoon pick-me-ups available in Center City. Now, she’s bringing us frozen labneh — a soft serve-like frozen treat available at the new Dizengoff opening today at Franklin’s Table in University City.

Labneh is a thick, creamy, cheese-like yogurt typical of Middle Eastern cooking. For the frozen version, McMillan has sweetened it lightly and spun it into a soft-serve texture for a dessert that lands somewhere in between ice cream and frozen yogurt. Available in a cup or a cone, it comes plain, topped with house made strawberry-rose shortcake crumbs or dipped in a hard chocolate shell and sprinkled with peanut and sesame. 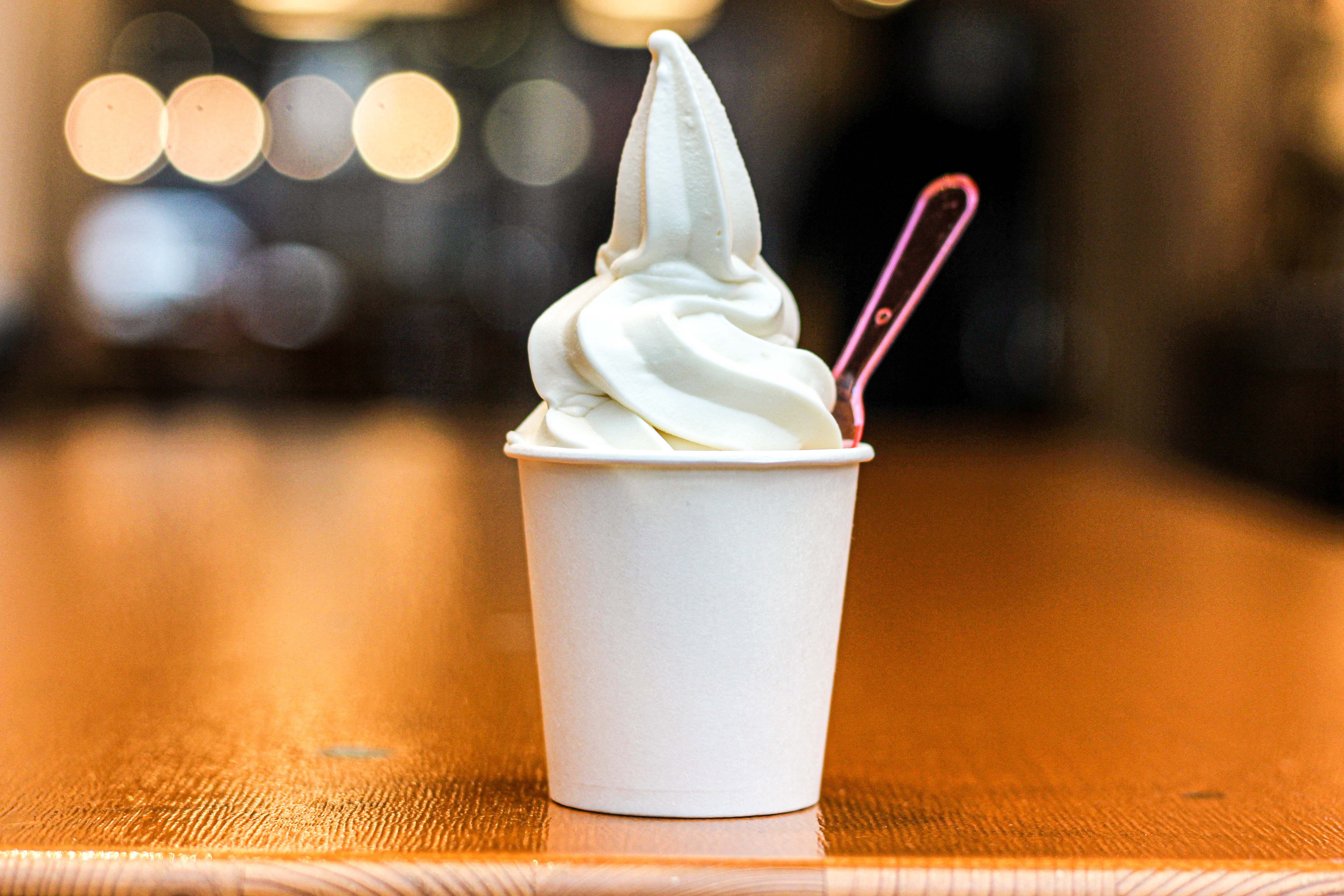 In addition to frozen labneh, the new Dizengoff will serve the same rotating menu of hummus bowls as the other two locations, with toppings like hawaij beef cheeks, lima beans, and eggplant, all served with freshly baked pita and a salad. The menu also includes a grab and go section of hummus by the pint, pita by the half dozen, and salads. Dizengoff replaces Little Baby’s Ice Cream, which recently closed down all locations. 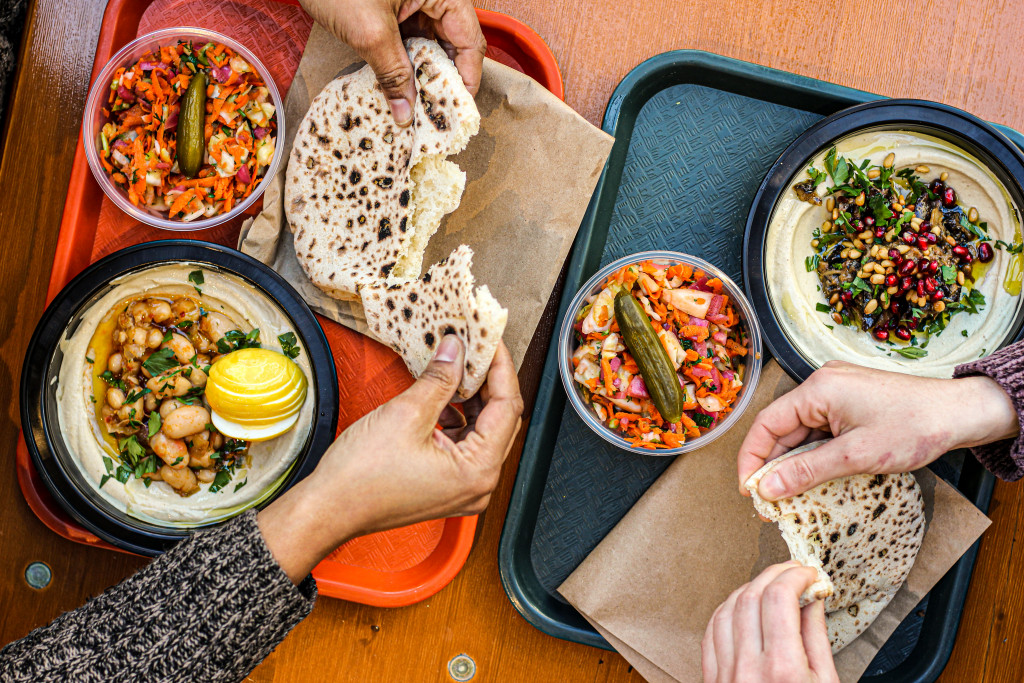 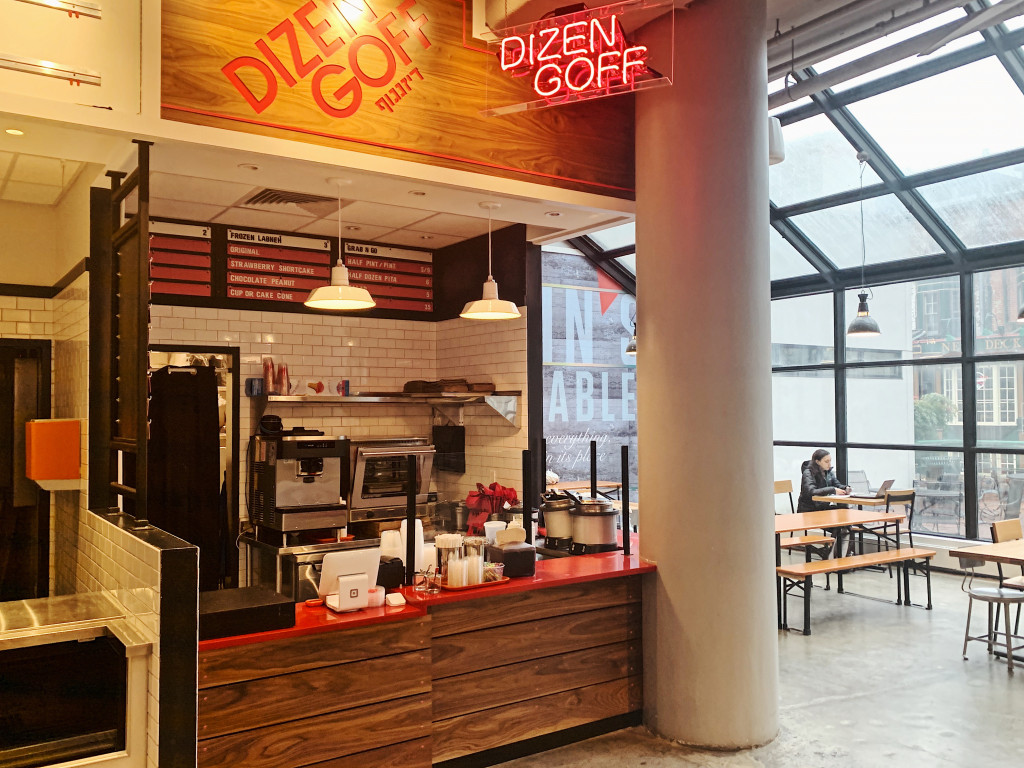