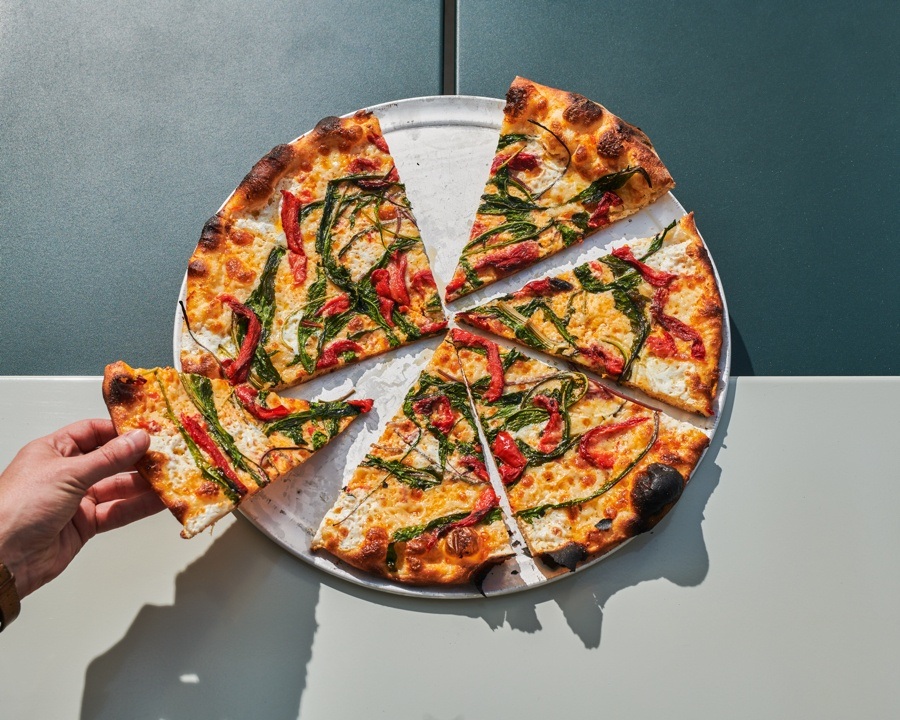 In their newly-released list of Esquire’s 22 Best New Restaurants in America, Philly’s most well-publicized restaurant sits squarely at number four.

The list, which runs the gamut from tasting menu to wine bar, from Birmingham, Alabama to Culver City, California, “celebrates what it means to eat well in right now in America.” Pizzeria Beddia certainly captures a moment in American dining — really good pizza spots using seasonal ingredients paired with natural wine lists are popping up across the country.

Here’s what Jeff Gordinier, the magazine’s food and drinks editor, has to say:

Pizzeria Beddia would probably snatch a spot on this list for the mere fact that it has a party room where you can throw down with magnums of wine and a “hoagie omakase experience,” as the place advertises it. (Am I dreaming?) But even if you simply dine with the regular crowd, chef Joe Beddia’s geeked-out approach to cheese-and-crust mastery (a recent summer pie involved New Jersey peaches and a garlic-thyme cream), on-the-nose appetizers like a bowl of Judion beans bathing in olive oil, and a gently curveballing wine list mean that you will only fail to enjoy your dinner if you happen to be dead inside.

Esquire’s list is the latest in a long line of accolades that Beddia has received, both at his original 40-pie-per-night takeout location, and at the full-service spot with reservations and a wine list on North Lee Street. Perhaps the most out-there of them all was the restaurant’s assignment to Time’s 2019 list of the World’s Greatest Places, which puts it up against sites, hotels and restaurants from across the world, including Iceland’s Geosea Geothermal Sea Baths, the Castello di Santa Severa in Italy (a 2,000 year-old castle), and this insane restaurant.

The thing is that it’s a great story. Everyone loves a humble hero, and the narrative of Joe Beddia toiling away like some sort of pizza monk is admittedly great, and made even better by his hesitant ascendance to ruler of a highly-Instagrammable pizza paradise.

No shade to Pizzeria Beddia, though. It’s clear that the team there is working hard to live up to the reputation that precedes it — a reputation that, literally, won’t quit.
Read More About:
You Might Also Like