But maybe it’s better this way. 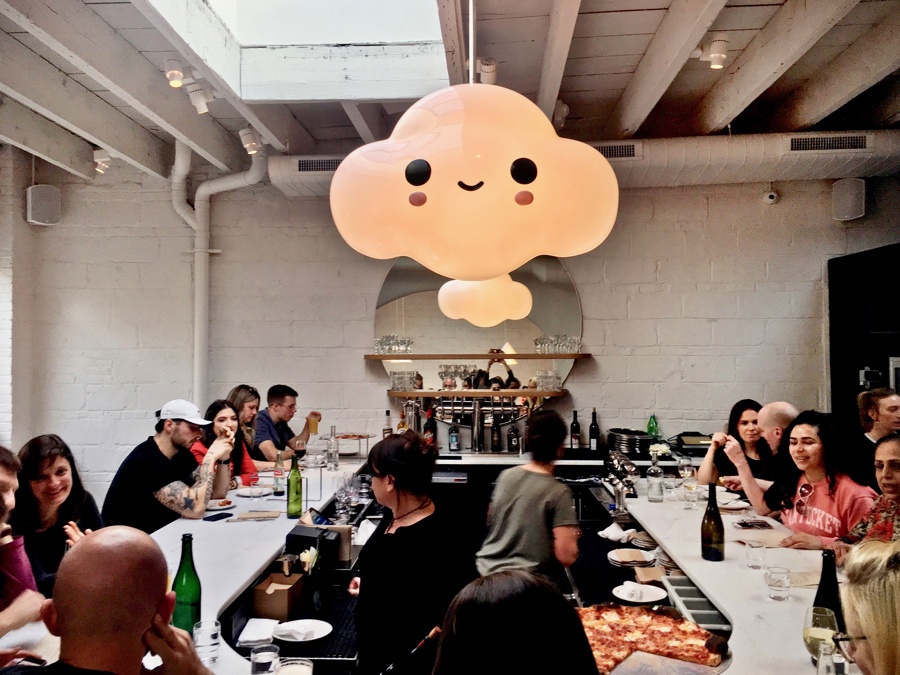 The bar at Pizzeria Beddia | Photo by Gina Tomaine

Maybe it just sucks to be a chef in general, in 2019. Like, a chef chef — the ones you read about in magazines and watch on Netflix. You spend your whole damn life making no damn money, dedicating yourself to a single damn craft in the hopes of one day putting your name on a door, and either you get so successful that you risk becoming a sellout (in Beddia’s case, “overhyped”), or you keep it small and tight and intimate and leave money on the table. It’s a high-wire act, is what I’m saying, to own a special restaurant; to be the place for everyone — especially if “everyone” includes you, the chef.

The second coming of Pizzeria Beddia is a far cry from the two-man original. It isn’t the Jiro Dreams of Sushi, But Pizza experience it once was. It isn’t just him and his buddy, John Walker, making 40 pies, five nights a week. He’s got a hired crew making hundreds of them every single night. He’s got a full staff and GMs. He’s got interesting appetizers and a horseshoe bar lit by a plastic smiling cloud. He’s got natural wine on tap. The obsession and dedication he once lavished on each and every pizza are, presumably, now aimed at owning and operating a full-scale restaurant and bar.

I went to Pizzeria Beddia one week after it opened and had a fantastic time. The wine was fun, the plate of chorizo tasted lovely — almost like sweet almonds, for no reason at all. The anchovies swimming in olive oil, I was told, were shipped from some faraway land. The place was alive because Pizzeria Beddia is alive — zapped back to life as if by Dr. Frankenstein himself, using pieces of Beddia’s old spot on Girard Avenue (its minimalism, its light woods and marble) to re-create this beautiful new monster. And the pizza was, of course, very, very good. Inconvenient pizza, for sure (there’s currently a two-month wait for reservations, or you can go super early for a chance at a walk-in table), and each pie is $25 a pop. Still, you could feel the electricity in the room, everyone in there absolutely stoked for a taste of Beddia’s return.

But what exactly were we all here for? What happens when a pizza that was once named the best in America is stripped of almost everything that made it that?

In 2015, Bon Appetit’s Andrew Knowlton named Pizzeria Beddia’s pizza the best in America, and he named it that for reasons that only existed — and could only exist — at the original shop. It was commentary, if nothing else, on American dining culture at the time: When restaurants were booming and interesting and complicated, here was this dude in Philly doing insane takeout pizza by himself, with no phone. “Best in America” was about obsession. “Best in America” was about dedication and pure, unadulterated craftsmanship of a single item.

And we used to have to go to great lengths for “Best in America.” We used to have to stand in line — which is something we don’t really do (at least not like they do in D.C.). Because there was no phone, we’d have to go and place our order in person, and then wait around till it was ready for pickup. There were only 40 pies available a night; the odds were always stacked against us. But the pizza was divine — from the hands of “Pizza Jesus” himself — so we did what we had to do.

“Sushi is the only thing I can really compare it to,” Knowlton says today when I reach him by phone. “If you have one person who makes everything that a restaurant serves, and cooks it and serves it to you every single day that they’re open … that’s incredible. That happened to be the way that Joe wanted to set up that business, which obviously wasn’t sustainable for him.”

True. It was repetition that killed the original Pizzeria Beddia five years after it opened. (“I just didn’t want to do it anymore,” Beddia said in his most recent Bon Appetit profile. “I wanted to continue to make pizza, but I wanted to not hate it.”)

“I think when I wrote it, I knew that it wasn’t [sustainable],” Knowlton continues. “And I hoped that one day, that level that he brought to pizza could somehow carry over to the next phase. And he clearly did that. He took his time and he figured out how to do it. The question on everyone’s mind is, is the pizza going to be as good as they remember, or as I remember? Or even if it is as good — maybe it’s better — it’s still not going to be the same, because it’s a bigger restaurant with a wine list, and from what I can tell, it’s almost Scandinavian in its design. Pizzeria Beddia as I knew it is no longer.”

And while maybe this isn’t the Pizzeria Beddia it once was, it’s still an undeniably fantastic new restaurant in Fishtown that stands out in a sea of fantastic new restaurants in Fishtown. That’s certainly an achievement for any Philly chef in 2019, and something we should be very excited about. It certainly means more to us now than being named the “best in America.”

Especially because this Pizzeria Beddia is set up to still be going strong five years from now.