An annual list from the Brewers Association once again declares the Pottsville company the king of craft beers ... according to sales volume. 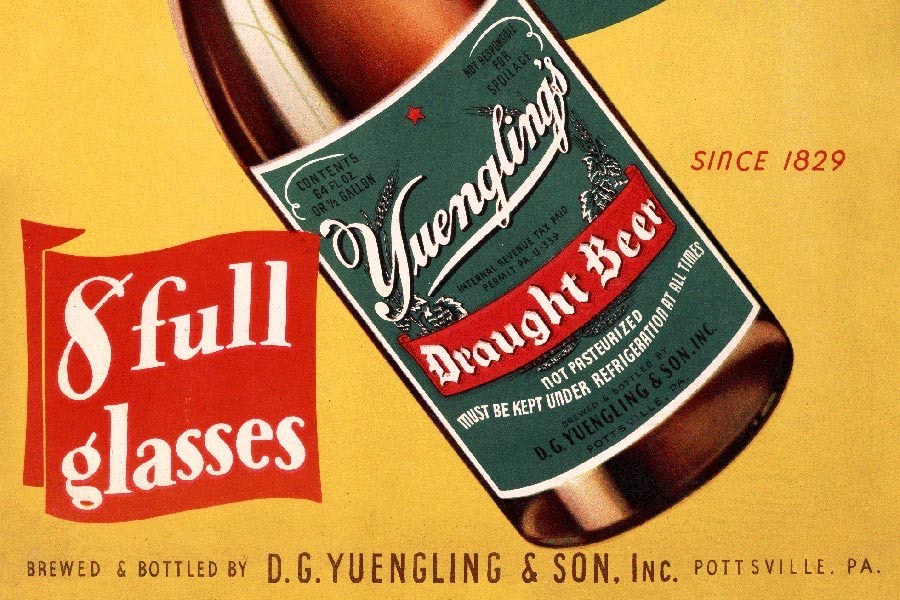 It happened again on Tuesday, when the 2018 version of the ranking named Yuengling the best-selling beer of its ilk — for the fifth straight year.

Yuengling is a fine, middling beer. Its flagship lager is rated “Okay,” with 3.4 stars — slightly above the brewery-wide rating of 3.15 stars — by the online beercylopedia Beer Advocate. There’s nothing wrong with that. If you’re sitting in sticky-floored dive bar, watching the Eagles, or Phillies, or Sixers, then Yuengling is what you want to be sipping (or chugging, even). But a craft beer? Let’s just say that the Brewers Association has a very open-ended definition of the word craft.

If you read the Brewers Association’s methodology, a craft brewery is simply defined as one that produces fewer than 6 million barrels of beer per year and whose ownership is at least three-quarters independent. This broad definition creates a situation in which Yuengling, an ostensible “craft brewery,” is simultaneously the sixth-biggest brewery, craft or otherwise, in the entire country.

But Yuengling wasn’t always considered a craft brewer. If you venture back far enough through the association’s ranking archives, you’ll find that the Pottsville-based beer maker, despite its recent dominance, wasn’t even on the 2013 list. It didn’t meet the BA’s old criteria for being considered a craft brewery, which included strict rules about ingredients that disqualified the company. Then, in 2014, the Brewers Association scrapped the ingredient rule, and Yuengling promptly shot to the top of the list, where it’s remained ever since.

Why the change? A Vox article from 2015 speculated it had little to do with a change in beer-making philosophy — and everything to do with forging an alliance with Yuengling to lobby for a piece of legislation called the Small BREW Act, which would have created a tax advantage for small brewers, but not the two monopolies selling 70 percent of all American beer, Anheuser-Busch and MillerCoors. (The bill never passed.)

The Brewers Association doesn’t actually use the word best to describe its list of breweries — it’s ultimately just a compilation of sales figures by volume. But with every year, the group publicizes its new list, and various media outlets start throwing around terms like “best breweries” or “top breweries” —  and while the latter is technically correct, it gives the impression that there’s some actual interpretation brewed into the list. It’s hard to blame people for the confusion. What is the point of a ranking, after all, if not to separate the best from the worst?

But sales volume isn’t meant to be a stand-in for quality, according to Brewers Association chief economist Bart Watson. “This is strictly a list of top producers,” Watson wrote in an email. “That said, you don’t sell as much beer as these companies without doing a lot of things right.”

To take the BA’s ranking as a proxy for the nation’s best breweries is to place total faith in the free market — you know the the old aphorism that in America, the best will always rise to the top — when the reality is that the American consumer is beset on all sides by corporate interests and passionless advertising agencies that champion palatable blandness over originality.

Two other Pennsylvania craft breweries — actual craft breweries — continued their own streaks in the top 30: Artisanal Brewing Ventures (which includes Downingtown-based Victory Brewing) and Hershey-headquartered Troëgs. Both makers are deemed “Very Good” by Beer Advocate, with rankings in the 3.8-star range. And yet they’re still far below Yuengling — what was I saying about sales not equaling quality? — at 11th and 27th place, respectively.

So Yuengling isn’t really the best craft brewery in the nation. And it may not even be a craft brewer at all, as aficionados define the term. Ironically, despite the jockeying that allowed Yuengling to be listed as a craft brewery by the Brewers Association in the first place, the company doesn’t seem to consider itself one. As Wendy Yuengling, one of the four sisters now running the brewery, said in a recent interview with CNBC, “We typically characterize ourselves as a regional brewer.”