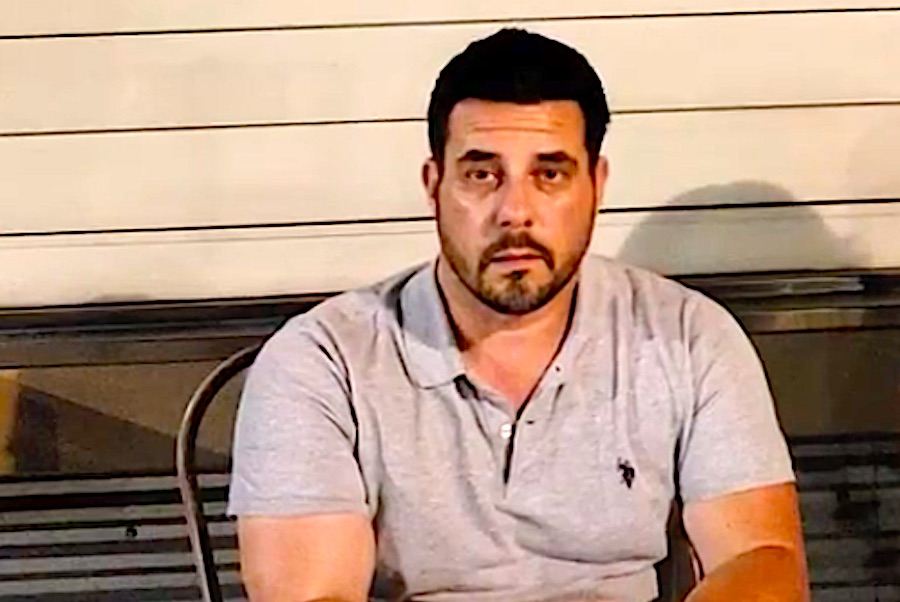 Chef Michael DePasquale in a screenshot from an interview found on YouTube.

People are always telling me that I should have my own podcast. If I did, the bewildering saga of South Philly chef Michael DePasquale, who claims to have been close friends with Anthony Bourdain, would be killer content. His story continues to unravel.

Earlier this week, I told you about DePasquale and the since-deleted South Philly Review profile on him.

He claims that he was a U.S. Marine who served in Iraq and Fallujah, but a Marine Corps spokesperson provided Philly Mag with an official statement saying they never heard of Michael DePasquale. His claims about Bourdain are positively laughable. The president of Nigeria is always texting him. Donald Trump appointed him to a State Department position. We won’t even get into the thing about the Space Shuttle. (You can read all about it here. Grab some popcorn.)

And now, I’ve learned more about Pasquale and his lies.

The South Philly Review article mentioned him working for the Baltimore Police Department some years ago. When I spoke with DePasquale on Tuesday afternoon — this was before he threatened to sue me and before he accused me of stalking and harassing him — I asked him about his time on the force. He told me that he was a “cop” — his word — in the Baltimore Police Department from 1997 to 1999 or 2000. He couldn’t remember exactly.

“I went in right after the Marines,” he said, alluding to the Marines that he was never a part of, according to those Marines. “But it wasn’t my thing. Baltimore is a crazy area, and it’s only gotten worse. Sometimes I think it’s disgusting that I’m from there.”

I tried to get more details about his time as a Baltimore cop, but he really didn’t want to talk about it. Well, I thought, maybe he had a bad experience, maybe he shot somebody and it haunts him to this day, maybe he did something wrong on the force and got fired in disgrace. I had no idea.

Well, I checked with the Baltimore Police Department. They told me that DePasquale did work for them. But not as a cop. He was what was then known as a community service officer, a position that has since been eliminated. He did not carry a gun. He did not catch bad guys.

“A community service officer was a civilian position,” a Baltimore Police Department representative told me. “They worked in administrative functions.”

And how long did DePasquale hold down this administrative position in the police department there? Less than two months, according to the department. He worked there from February of 1997 through March of 1997, they said.

Speaking of the police, this is probably a good time to talk a little bit about DePasquale’s criminal past.

In the story I published on Wednesday about Anthony Bourdain’s close pal, I alluded to some criminal charges but stated that I was not able to obtain the documents that I needed to fully understand his criminal background. A couple of days later, things have changed.

According to court documents, in 2016, DePasquale was extradited from Virginia to Florida on a felony charge of failing to appear in court in a previous case, and the judge in Florida sentenced him to six months in jail, suspended, and five years probation.

He also had some run-ins with the law back in the 1990s. There’s a 1994 battery conviction in Harford County, Maryland, where he also received a suspended jail sentence and probation. In 1998, DePasquale was charged with theft and providing a false statement to a police officer. The theft charge was withdrawn, and he was put on probation for the false statement charge.

So what does the future hold for Michael DePasquale? Will he open his restaurant in February at 1506 South Street, the one that Anthony Bourdain supposedly brainstormed with him? I’ve got no clue. But what I do know is that the Michael DePasquale drama is far from over. Who wants the movie rights?