Down North, a Pizza Shop With a Mission, Will Open in North Philly

Chef Kurt Evans will staff his new restaurant with formerly incarcerated workers, from cashiers to cooks to dishwashers. 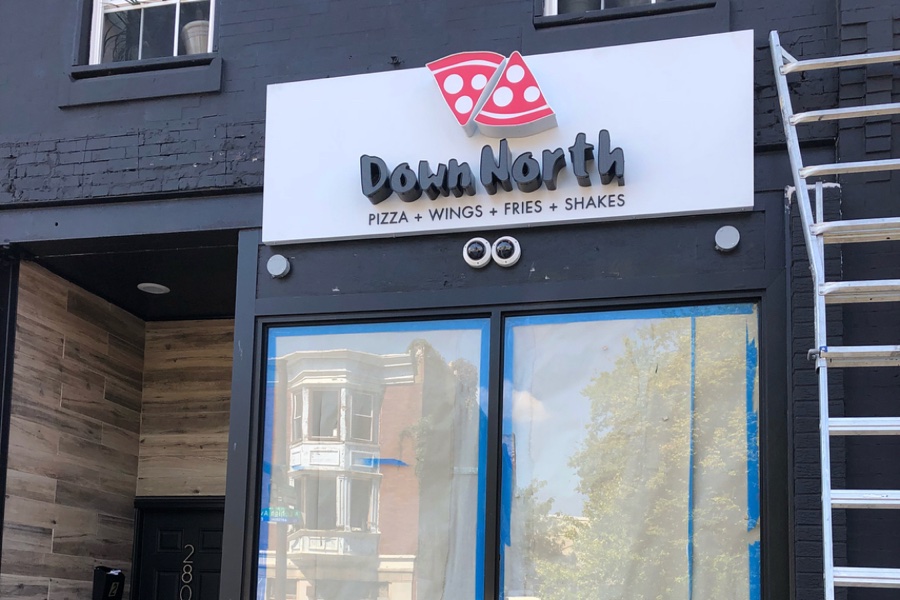 We’ve been following chef and activist Kurt Evans ever since his End Mass Incarceration dinners began earlier this year. This fall, the chef and activist will open a new restaurant with the explicit mission of employing formerly incarcerated staffers. Down North will open at 2804 Lehigh Avenue with flatbread pizzas, chicken wings, hand-cut French fries, and milkshakes this fall.

Evans, who’s also an organizer of the Cooking for the Culture dinner series spotlighting the city’s Black chefs, once owned Route 23 Cafe, where he made a point to hire folks who had limited opportunities for work because they had once been incarcerated. While he’ll keep his position at South, he’s brought on Alencia Smith, a formerly incarcerated chef he met through the organization Cooks Who Care, to run things at Down North.

In other ways, the new spot — named after the way Philly natives like Evans refer to North Philly, regardless of where they are in relation to the neighborhood — won’t be your typical pizza place.

“At a lot of the pizza shops in a lot of neighborhoods, they’re just using refrigerated dough and frozen fries,” Evans said. “We’ll be making everything from scratch using fresh ingredients.”

In addition to providing jobs for formerly incarcerated folks, Evans wants his workers to learn valuable culinary skills that they can use to further their careers. He’ll bring in outside chefs who want to support the cause to offer training and professional development to staff and work with the Philabundance Community Kitchen, a culinary job-training program, to recruit staff.

“If you have certain skills and learn to operate like a chef, you can pretty much hang in any kitchen,” he said. “I want to teach those skills and serve good food.”

Look for Down North to open in early to mid-November, and hit up the next End Mass Incarceration Dinner at W/N W/N on Sunday, October 28th.