Thirteen of Philadelphia's African-American chefs came together at South last night to show off their culinary creativity and raise funds for aspiring chefs of color. 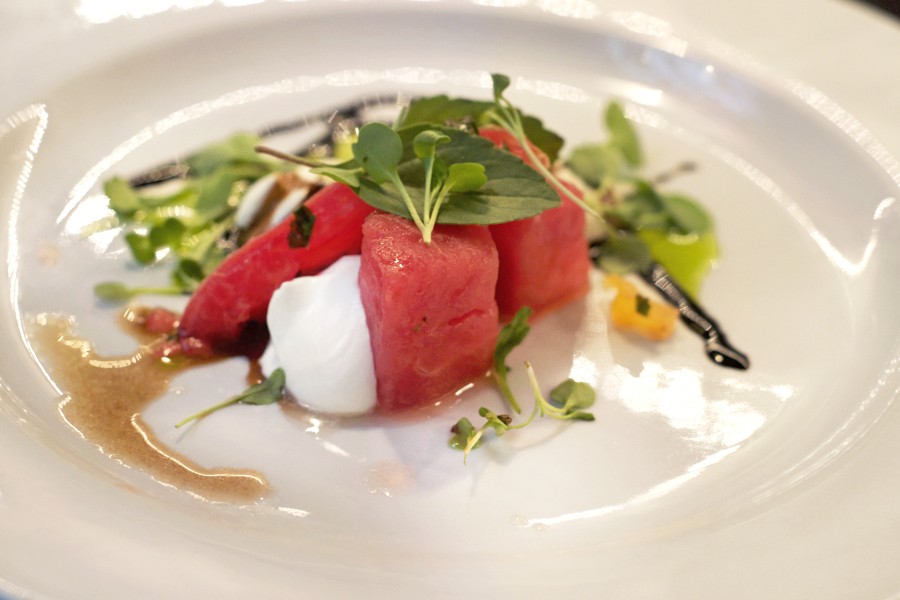 Last night, Black chefs from around Philadelphia took over South Jazz Kitchen, treating a sold-out dining room to a joyous tasting menu that celebrated their creativity, talent, and skill and while raising funds for young and aspiring chefs of color.

For some of the 100-plus guests, it was their first time at the Bynum Brothers’ spacious concept on North Broad Street, with colorful preserved produce along one wall and artful driftwood bottle trees and staghorn ferns suspended in the skylight.

Guest Kristin Drye of Lansdowne learned about the event on El Compadre’s Instagram. (Owners Cristina Martinez and Ben Miller were among the diners, as was EAT Café general manager and chef Valerie Irwin.)

“I saw the theme, Black chefs in Philly, and I had to be there,” Drye said. “It’s important for Black chefs to be visible. Philadelphia has a lot of Black people. They should be represented and elevated, not just in the neighborhoods, but in places that get written up in magazines and newspapers.” 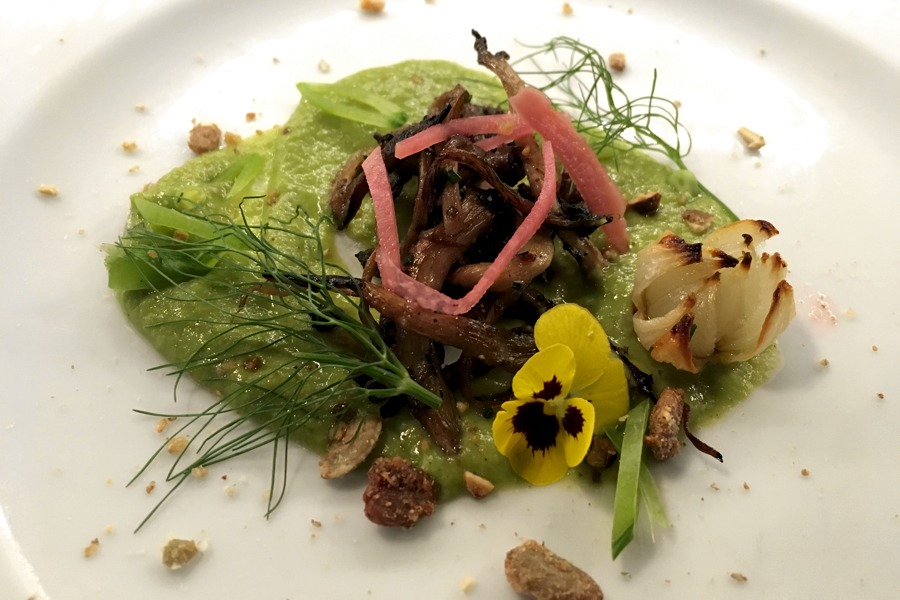 The chefs, with assistance from additional staff, hustled across the open kitchen, prepping introductory bites of tuna tartare and freshly shucked oysters conceived by Malik Ali, a chef at Ralph’s Cafe in the Comcast Center.

“Tonight, each of you take a place in history for recognizing these chefs,” said Shawn Murray, a cousin of the late, great chef Edna Lewis and head of Montgomery County Community College’s tourism and hospitality management program, who emceed the evening along with the Community Angel Foundation’s Veniece Newton. “The story that will be created here this evening will be a lasting story, and the journey for each chef here this evening is to create a lasting legacy.” 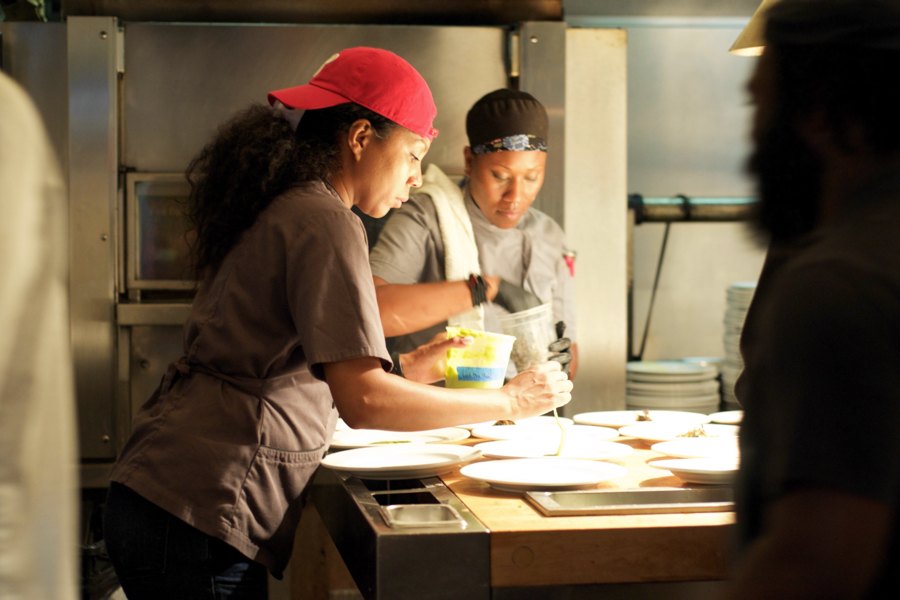 Chefs Stephanie Willis (L) and Aziza Young at the Cooking for the Culture dinner on July 23rd, 2018 | Photo by Alex Jones

A portion of the proceeds from the Cooking for the Culture dinners will go to purchase equipment like chefs’ knives and coats, and eventually fund a scholarship program, for young culinary students of color.

The event featured 13 chefs, from meal preppers to pastry specialists to corporate cooks, banging out 13 courses from South’s open kitchen, serving as a striking visual of the support and cooperation among the group as they dolloped sugar snap pea puree and plated pickled blueberries just so. Each chef got a moment to take the mic and introduce themselves and their dish, with each getting big cheers from the guests in the dining room. 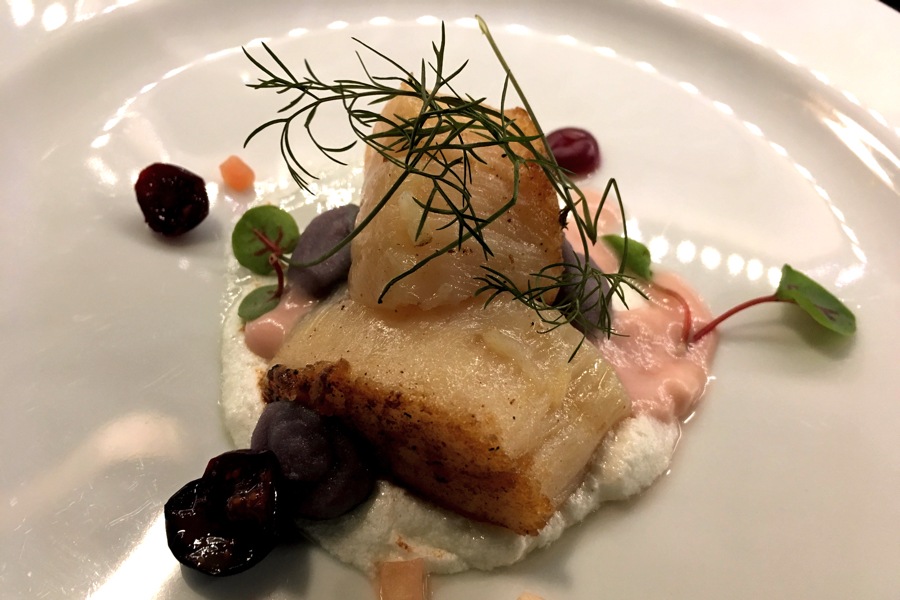 Stephanie Willis of Eat Prep Love kicked things off with heirloom tomato and watermelon with whipped chevre and sprigs of blue basil, a trendy variety of the herb that chefs across the city are using this season. Omar Tate, who currently cooks at Peaches Shrimp & Crab in Brooklyn, and the Malvern Buttery’s Joy Parham each evoked South Carolina heritage in their respective dishes, a chilled “seafood boil” with prawn, crab, and white corn and a Jersey sweet corn panna cotta with serrano peppers and pickled shishitos. 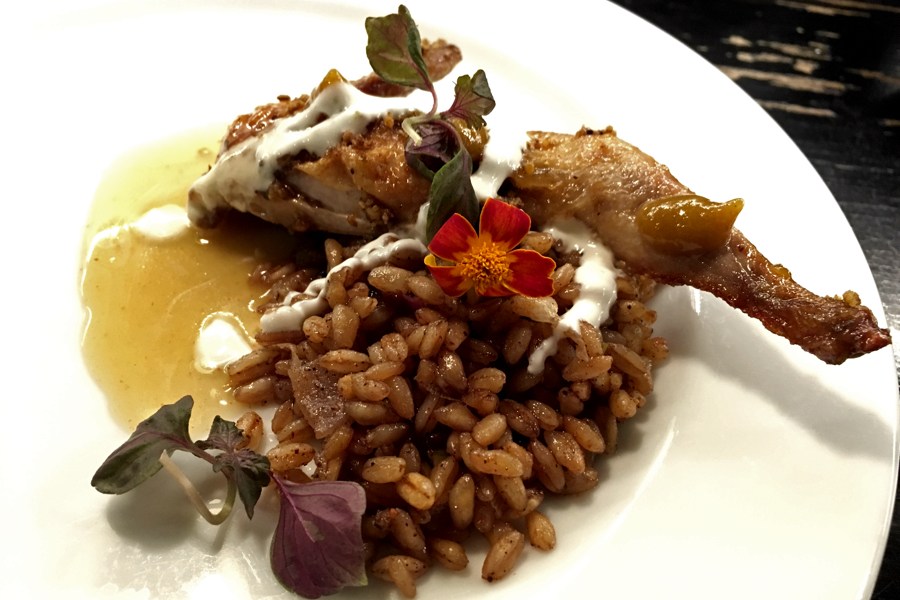 “I didn’t expect all this,” said Evans, beaming but a little shellshocked at the scope of the evening after an intense service. The dinner sold out all 100 tickets just 10 days after they went on sale.

“[Our goal] was essentially to create a platform for minority chefs to be creative and get exposure,” Milligan told me in a message today. “Every guest I talked to was ecstatic about the food. I’m just a little fatigued for the day, slinging 1900 plates was a good workout.”