Marijuana Crusader N.A. Poe Is Opening a Restaurant In Fishtown

Two months after being sentenced for his infamous felony marijuana bust, he's working on opening Poe's Sandwich Joint. (Get it?) 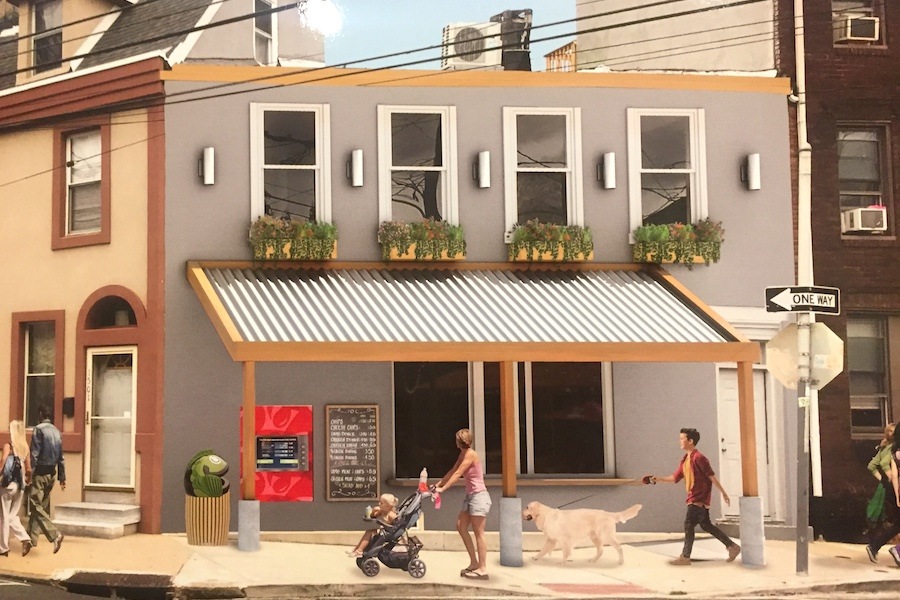 An early rendering for Poe’s Sandwich Joint in Fishtown.

“I want it to become a destination spot,” says well-known marijuana enthusiast N.A. Poe when I ask him about Poe’s Sandwich Joint, his upcoming Fishtown restaurant. “Like Geno’s, but with some class.”

Just a few months ago, N.A. Poe, whose real name is Richard Tamaccio Jr., wasn’t talking about opening restaurants. He was standing in front of Philadelphia Common Pleas Court judge Scott DiClaudio, being sentenced to four years’ probation and 100 hours of community service for a 2017 felony pot bust.

But now, Poe’s Sandwich Joint is all he can yammer on about.

Set to debut later this summer at Marlborough Street and Frankford Avenue in Fishtown, just across the street from Pete McAndrews’ Heffe Tacos and down the road from hotel-bar-restaurant hotspot Wm. Mulherin’s Sons, Stephen Starr’s Frankford Hall, and craft bar-indie music haven Johnny Brenda’s, Poe’s Sandwich Joint is going to be a takeout-only, well, joint serving up breakfast sandwiches to the morning crowd and cheesesteaks and all types of other hearty comfort food sandwiches well into the night.

“I wanted to put together a menu of everything that I’d love to eat if I’m blazed,” says Poe. “It’s going to be munchies food in one of the most flourishing neighborhoods in America. I’m inspired by my grandmother’s cooking and by growing up in Delco going to spots like Nifty Fifty’s and Charlie’s Hamburgers.” 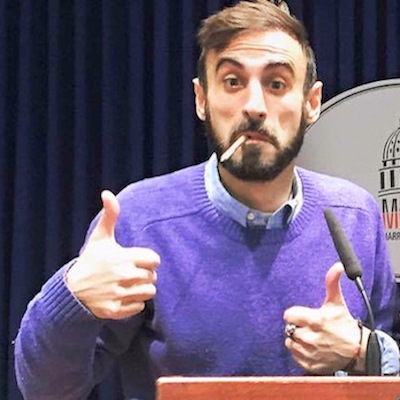 Poe worked as a waiter in fine dining throughout his 20s but always felt more inclined toward back-of-house opportunities, and for Poe’s Sandwich Joint, he’s partnered with his longtime friend Marc Lawlor, who was a chef at the Loews Hotel on Market Street for the better part of a decade.

“Listen, I’m not the next David Ansill,” admits Poe, 38. “I’m opening up a sandwich shop that is going to be void of any pretension. It’s something that Fishtown needs. The late-night 20-something crowd wants snacks.”

The Poe’s Sandwich Joint menu hasn’t been finalized just yet, but Poe says that you can expect to grab egg sandwiches in the morning for about $6, while most of the sandwiches on the afternoon and nighttime menu will fall in the $9 to $10 range. And he’ll be offering discounts to veterans, medical marijuana card-holders, and police officers, including, perhaps, some of those involved in his 2017 arrest, since Poe’s Sandwich Joint is located in the same police district in which he was busted.

Poe’s Sandwich Joint will be just a few blocks away from the recently opened medical-marijuana dispensary in Fishtown, and there was a time when Poe, who spent countless hours fighting for the legalization of pot in all its forms, thought that he’d be opening a marijuana dispensary in Philadelphia. But that’s not the way it’s worked out. 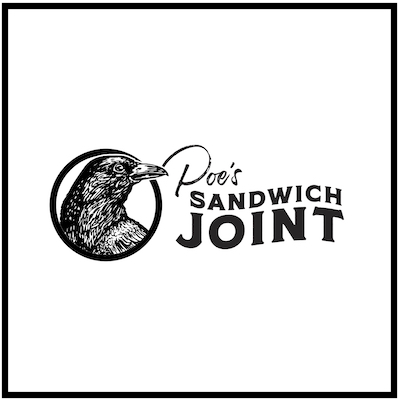 The logo for Poe’s Sandwich Joint in Fishtown.

“It’s interesting that Poe’s Sandwich Joint will be that close to a place where you can buy legal marijuana,” Poe notes. “But, hey, I don’t have $5 million, so I can’t sell legal marijuana. So I guess I’ll just have to sell sandwiches.”

It was illegal marijuana that got Poe into trouble last year. Poe was blatantly hosting pot free-for-alls known as Philly Smoke Sessions. Members of the public paid $50 and up to attend his parties, where they could buy medical-grade marijuana, pot-infused brownies, cookies and hot sauces and all sorts of other cannabis products. Alas, on April 22, 2017, Poe’s luck ran out.

A slew of cops showed up to the Frankford warehouse location for Poe’s party that night and raided it. They also executed a search warrant on his home, which was in South Philly. (He now lives in Fairmount).

Poe was slapped with some serious charges, including possession with intent to deliver and conspiracy. In April of this year, Poe pleaded guilty to two felony charges and had the rest of the charges dropped. No jail time, but he’ll be on probation until 2022.

“I went from fucking pot outlaw to restaurateur,” observes Poe. “I’ve matured and moved on with my life. My ego has been fulfilled, and I’ve been through a lot. I’ve been on the cover of magazines. And now, I just want a simpler and safer life. I’m going to use the rope they gave me, but not to hang myself.”