He and his girlfriend have been charged with conspiracy, dealing drugs, and other offenses stemming from Saturday night's big pot party in the Lower Northeast. 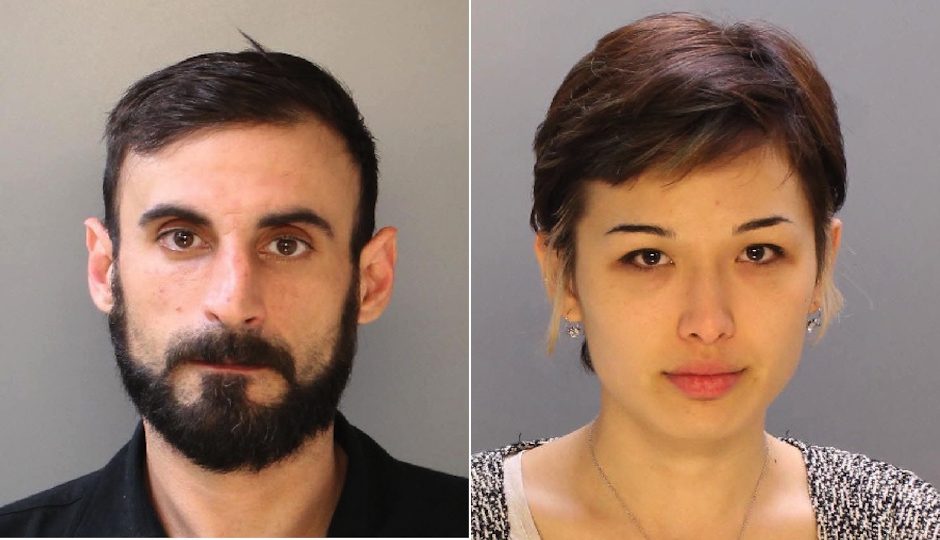 The last time I saw cannabis crusader NA Poe on Saturday night, he was busy attending to the details of his big pot party going down in the Frankford section of Northeast Philadelphia. Two days later, he’s trying to get together $25,000 of the $250,000 bail that’s been set in a criminal case against him.

Shortly after I left the party in a warehouse at 4562 Worth Street, a battalion of Philadelphia police officers showed up, detaining some 200 people, many of whom had paid $50 to attend the event, where they were able to purchase as much marijuana and other marijuana products as they could afford. Ultimately, the vast majority of those detained — approximately 175 — were released without charges. But Poe and his girlfriend/co-organizer, as well as others, weren’t so lucky.

Police made a total of 22 arrests on Saturday night — 19 men and three women. Investigators confiscated 50 pounds of marijuana, 100 pounds of cannabis edibles, about $50,000 in cash, and several handguns. L&I was also in attendance at the raid, and police have described the event as a fire and safety hazard due to the number of people there, the use of butane torches, and the presence of just one entrance/exit.

Around the same time that the pot party was raided, two homes in South Philadelphia were searched by police. One was on the 1300 block of Jackson Street and the other on the 2400 block of South Hutchinson Street. Police say they seized additional contraband at both locations, and one of the homes was reportedly used by Poe.

Poe, whose real name is Richard Tamaccio, and his girlfriend Rachael Friedman received the brunt of the charges. Both were charged with seven counts: possession with intent to deliver; conspiracy; causing or risking catastrophe; possession of a controlled substance; use or possession of drug paraphernalia; possession of an instrument of crime; and recklessly endangering another person. If convicted on all charges, they could face serious jail time.

Since Saturday, I’ve had a lot of people ask me two things.

First, they want to know what I was doing at the pot party. Poe invited me to the party and one last year to check out the scene with the idea that I would write a story about the parties at some point. I wasn’t going to name names or locations or any other specifics that might get anyone into trouble. It was to be more of a voyeuristic look at a world most people don’t get to peer into. I don’t enjoy pot, and I didn’t buy anything at Saturday’s party, though my friend that I left with spent $600 on pot and other products.

And the second thing I’ve heard repeatedly is this: Wait, isn’t pot legal in Philly?

It’s true that Philadelphia passed a marijuana decriminalization law a few years ago. But that law only pertains to the possession of small amounts of marijuana for personal use. Selling or buying marijuana of any amount and possessing quantities greater than 30 grams are still very much illegal.

And that’s just locally speaking. Once you get the feds involved — and there’s no indication that the Department of Justice is part of this investigation, at least not yet — marijuana is totally verboten in every way, shape and form, and controversial Attorney General of the United States Jeff Sessions has made it very clear that he has no intention of taking it easy on marijuana smokers.

Fortunately for the partygoers, it doesn’t sound like police were interested in busting them. Officers confiscated their purchases and sent them on their way. Of course, they weren’t just out their pot — they also lost the money they spent.

“I lost $400 of my hard-earned money,” said one man I spoke with. “I need that herb for nausea ever since I had major surgery last year.”

I met many people like him on Saturday night and at one of Poe’s parties that I attended in West Philadelphia last year. Elderly people. People in wheelchairs. People with walkers. People who told me how beneficial Poe’s parties had been to their lives, because they knew that they could go to a safe place and get what they needed for their medical needs.

Clearly, many laws were broken on Saturday night, and the guns are a real problem if they weren’t legal.

But as for the drug offenses, these are laws that are being changed all over the country with each passing year. And as a Philadelphia resident, I have to say I don’t feel a bit safer having Poe and his friends off the street. It seems like a massive waste of resources when we have people being gunned down and dying from heroin overdoses every single day.