More than 20 restaurants and bars will take over 2nd Street for the Old City Eats Block Party on Thursday. 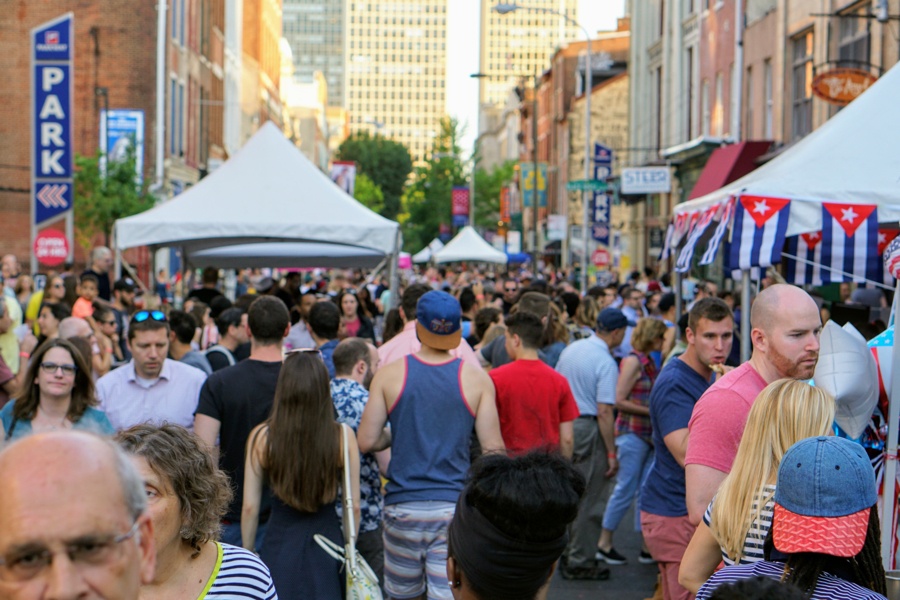 Old City is ushering in the summer season with an outdoor block party featuring eats from more than 20 of the neighborhood’s best restaurants.

The third annual Old City Eats Block Party will shut down 2nd Street between Chestnut and Market Streets this Thursday, June 21st — the first day of summer — from 5 p.m. until 9 p.m.

In addition to food and drink specials from spots like High Street on Market, Royal Boucherie, Capofitto, Tuna Bar, and Franklin Fountain, the celebration features lots of live music: the Nick Salcido Trio will play jazz at Sassafras, while John McGillin & Friends will play Irish music at the Plough & the Stars, and DJ Decybals will spin along with dancers from AlgoRhythm Studio at Cuba Libre. And the new Nauti Mermaid Crab House and Piano Bar will offer a dueling piano performance, too.

The party kicks off Old City Eats happy hour, which runs Thursday nights through August 30th from 5 p.m. to 8 p.m. This year, more than 25 restaurants and bars in the neighborhood will offer at least one half-price small plate, $4 beers, and $5 cocktails.

Check out the full list of restaurants and bars at Thursday’s block party below.