In a town that doesn’t take BBQ seriously, Mike Strauss does. 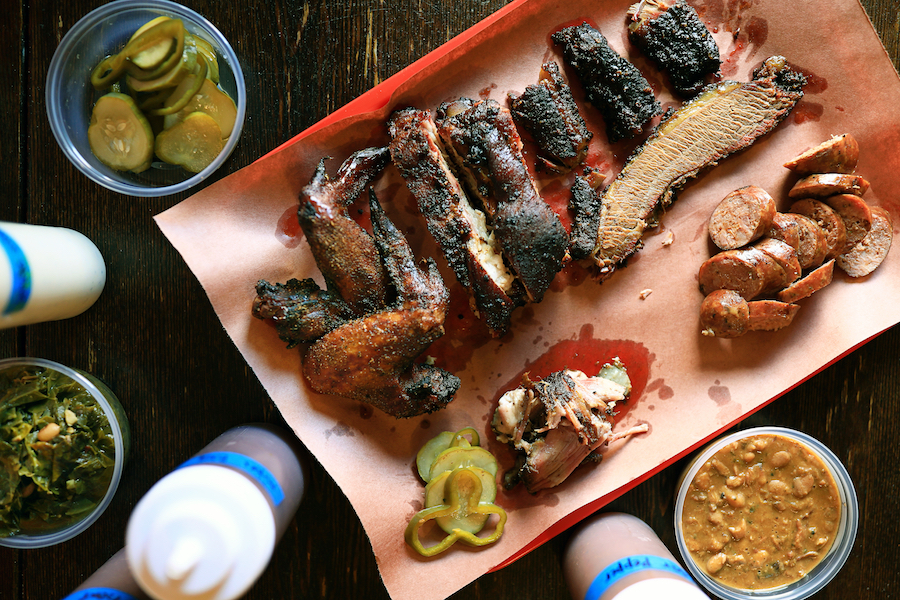 Mike’s walls are the color of raw meat. The color of the smoke line in a perfectly done rib — that fading meridian between just-plain-cooked and properly smoked.

There’s nothing much to the place. A few tables set with bottles of sauce and rolls of paper towels in an 11th Street shotgun space. You order. You take a seat. They holler your name. You take your ribs, your chicken wings, your brisket, and a side of gastropub-ish mac-and-cheese (creamy and rich with Italian cheeses) back to your table and eat. Dump your own tray when you’re done, cafeteria-style. No one’s cleaning up after you, bud. Your mom doesn’t work here. 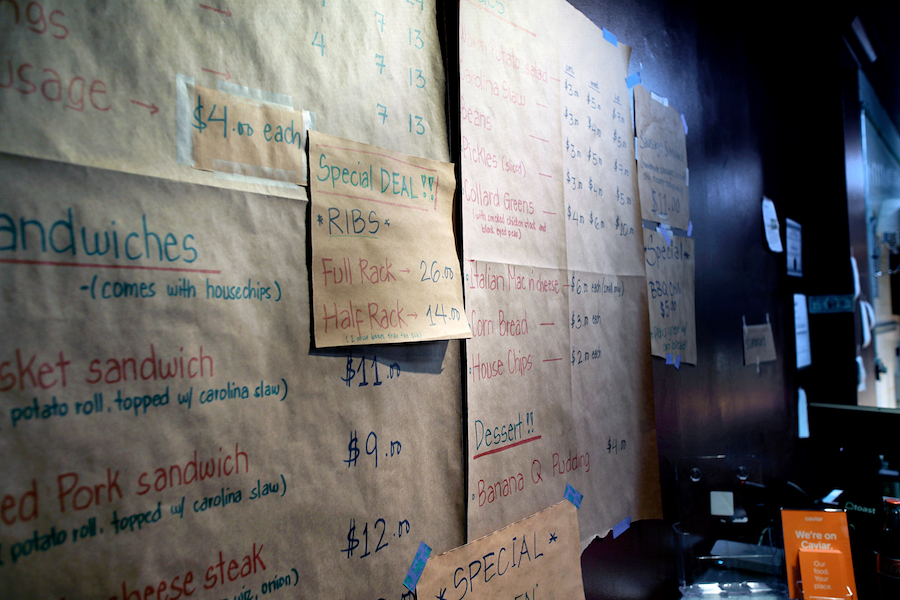 Order This: The brisket, some ribs, cornbread and mac-and-cheese. Then a brisket cheesesteak to go, for later.

Which is as it should be. Mike’s is simple and fast, even when there’s a line. Despite its address, and despite the fact that it exists in a city that doesn’t really know shit about barbecue, the owner, Mike Strauss, gets the model. A barbecue restaurant only needs walls and a door so people don’t steal the smokers at night. It only needs a roof so people don’t get rained on. Anything more than that and you’re just putting on airs.

Because what matters is the meat. The sides. The bark on the ribs and the chew of the brisket. Anyone who tells you barbecue should be so soft that you don’t need teeth to eat it is a liar and a fool. Brisket should bounce on the teeth a little, like Mike’s. Needs no sauce. Needs no nothing.

When you’re eating good ribs, you can taste the smoke. When you’re eating great ribs, you can feel the life of the fire. Close your eyes and you can see the greasy, gray-white smoke billowing, smell it hanging around you, feel the warmth of that low, slow heat. It’s a primal thing. The stuff of cavemen. And Mike’s ribs are close to that. A little fatty. A little crazy in the cut. But really goddamn good.

The pulled pork is better with a little sauce, which isn’t a nice thing to say about pulled pork — but maybe 14 hours over oak is an hour or so too long. The cornbread is honey-sweet and sticky and somehow crumbly and moist at the same time. There’s a fantastic variant cheesesteak on the menu, too, made with the brisket, caramelized onions so soft they’re almost vapor, and Cooper sharp whiz that I would mainline if I could get it through a needle. 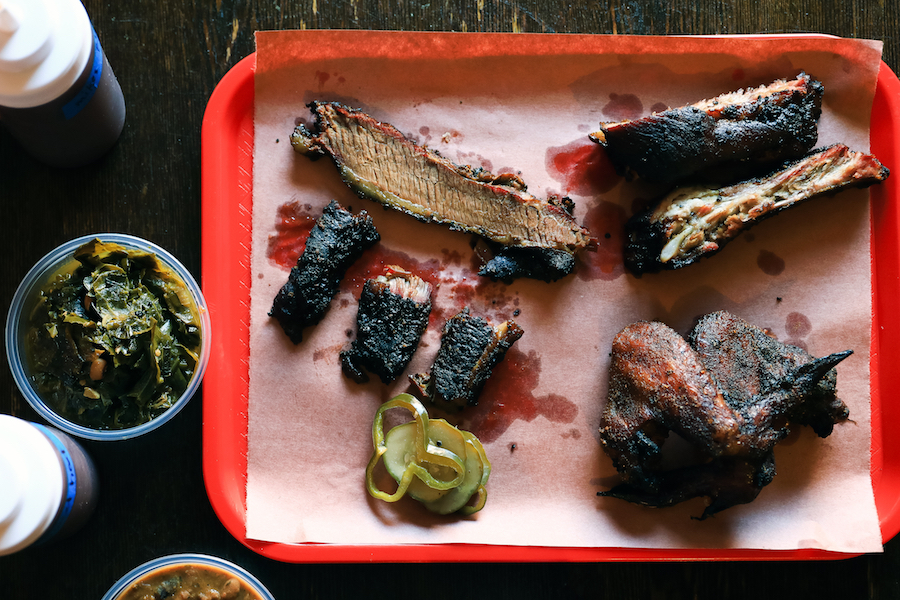 I respect the fact that Strauss doesn’t serve leftovers. He smokes every day till sellout and starts fresh in the morning. It’s terrible business but makes for great barbecue.

Which, really, is what matters. No one smokes ’cue to get rich — especially in Philly. You wanna get rich in the restaurant business? Open an Olive Garden. You wanna do some good for your neighbors? Make people happy? Open a BBQ joint like Mike’s.