Plus a new $35 prix fixe dinner, its namesake dish, and butchery demos scheduled for this spring. 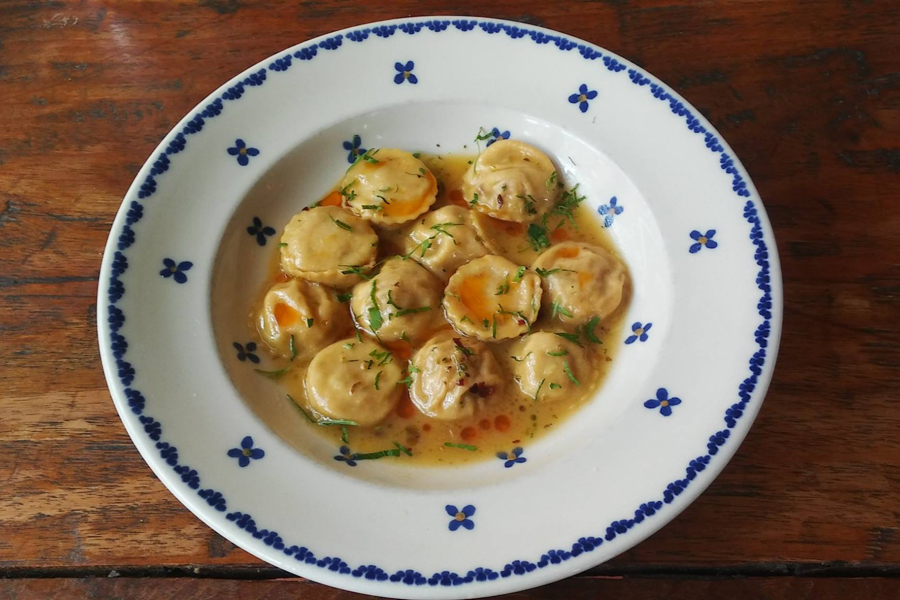 Le Virtù has had a turbulent year.

The Abruzzese spot on East Passyunk hired Kensington Quarters chef Damon Menapace back in February. This was after they replaced longtime chef Joe Cicala, who left last summer, with Princeton-based chef Joseph Voller, who lasted only around six months (and earned the restaurant a three-bell review from the Inquirer).

Along with a new chef and a new menu come other changes, too. As of this past weekend, Le Virtù is offering prix fixe suppers on Sunday and Monday nights. That’s one antipasto, a primo, and a secondo — with the whole menu up for grabs — plus traditional Italian cookies for dessert for just $35 per person, not including tax and gratuity.

Several special events and dishes are in the works, too: on Tuesday, May 1st, the restaurant will serve its namesake dish — the hearty springtime minestrone known as Le Virtù — starting at 5 p.m. On Wednesday, May 9th at 6 p.m., they’ll open their outdoor patio with Abruzzese wines and Menapace at the grill, with a PBS documentary on the region that Lee and Cratil-Cretarola produced screening at 8 p.m.

And on Wednesday, June 13th, Menapace will show off his butchering skills by demonstrating how to break down a whole hog at the restaurant, with complementary snacks, beer, and wine for guests.