And Cicala's wife, Angela Ranalli-Cicala, left earlier in the week. 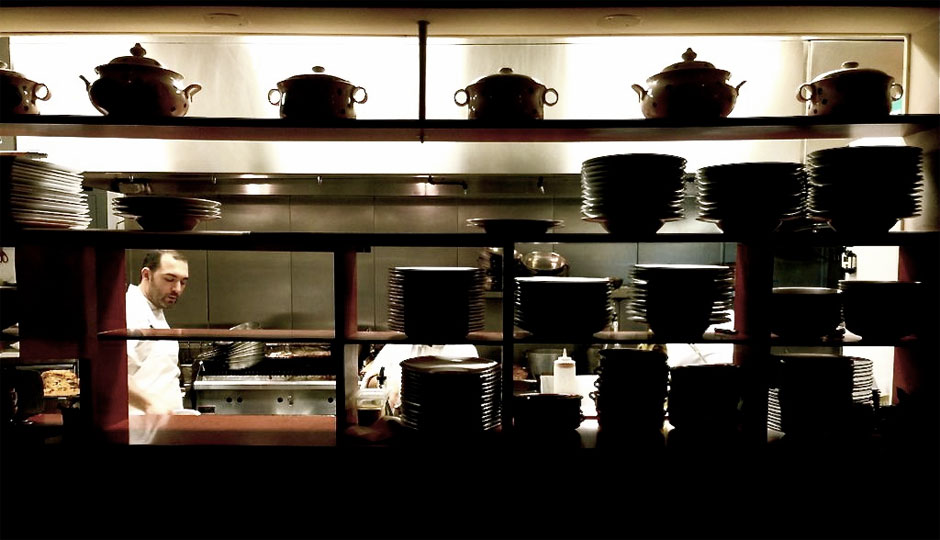 The announcement was made last night: After 7 years, award-winning chef Joe Cicala was no longer the man in the kitchen at Le Virtù and Brigantessa. This follows an announcement on Tuesday by Angela Ranalli-Cicala that she was leaving her position “with a semi-heavy heart” and months of rumors and speculation about troubles behind the scenes at both restaurants.

It is with a semi-heavy heart that I announce my departure from Brigantessa and Le Virtu. It has been an amazing 6 years and I am grateful for all of the people I have met and have cooked for during my time at both restaurants. For those of you with a sweet tooth, although my desserts will no longer be available on the menu at Brigantessa or Le Virtu, they will not disappear from the Philadelphia food scene completely, as I have new projects in the works to begin upon my return from Italy in October. I will continue to honor my own family’s recipes which have been handed down to me, and thier legacy as bakers. I hav also been deeply influenced this trip by time spent in the regions of Puglia and Basilicata, which will be reflected in my future endeavors. You may be thinking, “What about Joe?” Hahha… Joe will remain in his position as Executive Chef of Le Virtu and partner at Brigantessa. Together, he and I will also continue forging ahead passionately, with our own culinary projects including our Antico Artisanal Italian Travel tours to Italy, handcrafted salumi from our company Salumificio Cicala, cooking classes, and our exciting new Italian-American, Sunday gravy experience, “Dinner with the Cicala’s” to commence this autumn in Philadelphia. (Official details will be announced in September.) See you soon Philadelphia!

Yeah, so as of Tuesday it looked like Joe would be staying on, right? But that is no longer the case. Owners Francis Cratil-Cretarola and Catherine Lee have already announced his replacement: Joseph Voller, ex of Eno Terra in Princeton. He’s going to be leading the teams at both restaurants, with chef de cuisine Adam Taylor (a Vetri veteran with time behind him at both Osteria and Alla Spina) watching the stoves at Brigantessa and Mara Picca on the floor. Poli Sanchez will stay in the kitchen at Le Virtù as kitchen manager.

And before any of you out there get to thinking that this is one of those “amicable” splits, it doesn’t really look that way. I reached out to Joe Cicala (who is currently in Italy, along with Angela), and he told me that he couldn’t really talk too much about how things went down. “We definitely plan to make a statement but we first need to consult our legal council before responding.”

Yeah, once the lawyers get involved, it’s kinda hard to make the argument that everybody parted friends.

Even still, Cratil-Cretarola wished Cicala the best, saying, “Cathy and I have great respect for Chef Joe Cicala. We wish him continued success in his salumi and tour businesses, and whatever comes next. We are proud of what we’ve accomplished together. Watching Joe grow as a chef and nurturing his culinary talents has been our pleasure.”

So what does this mean for the two restaurants? Well, for now, everything seems to be proceeding as normal. Both Le Virtù and Brigantessa remain open and operational. At the moment (though, granted, it is an early moment) the menus appear unchanged and Cratil-Cretarola has said that the concepts will stay the same — featuring the cuisine of Abruzzo and Southern Italy. Their famous Maccheroni alla Mugnaia will stay on Le Virtù’s menu, too (Cicala taught Sanchez and his crew well). He’s even planning to bring Voller to Italy in the fall.

But losing a chef (and a pastry chef) with a name as big as Cicala’s? That’s tricky for any restaurant. Remember Stateside? It was the best restaurant in the city for a very brief moment, while under the command of George Sabatino. Then Sabatino left to go open Aldine and … everyone pretty much stopped talking about Stateside.

For years, Cicala has driven the operations at both Le Virtù and Brigantessa. He’s been the face of both operations. He is, undoubtedly, the name most associated with both restaurants. And as good as Voller is supposed to be, he’s going to have some very big shoes to fill.

Anyway, this story is probably not over. And as soon as we hear more from Joe and Angela (either about their new plans, that whole “Dinner with the Cicala’s” thing, or what their lawyer has to say), we’ll let you know.