The James Beard award-winning chef leaves his corporate role with the mega-retailer, and, backed by prolific restaurateur Michael Schulson, buys the restaurant he originally opened. 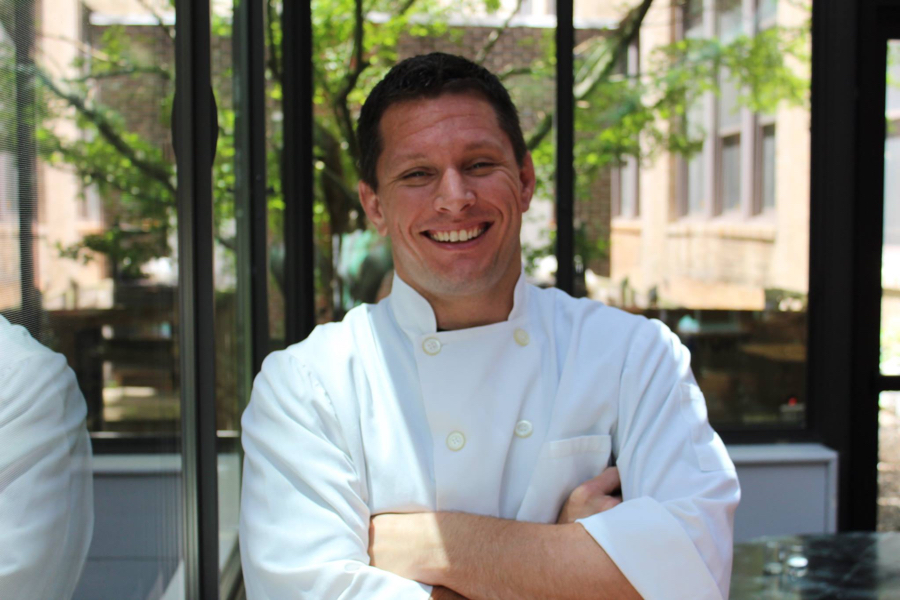 After Marc Vetri’s sudden departure from the URBN empire back in December, the Vetri Family (which includes Pizzeria Vetri, Amis, Alla Spina, and Osteria) was left to culinary directors Jeff Michaud and Brad Spence. Vetri, himself, said that the two chefs were “integral parts of the scaling of the organization” — which wasn’t wrong. They were. But come February 1st, Michaud will have left his corporate role with the global lifestyle brand to “return to his roots” as chef and — with the help of prolific restaurateur Michael Schulson — new owner of Osteria.

“The opportunity just fell in my lap,” says Michaud, “and at this point in my career, its time to go off and do something on my own. Osteria’s always been my baby, but it’s time that I take control and continue its great legacy.”

For the better part of the last two decades, Michaud played a pivotal role in the Vetri empire — first as Marc Vetri’s sous at Vetri Cucina, and, after a three-year stint working his way through some of Italy’s best restaurants, then as a chef-partner at Osteria, North Broad Street’s northern Italian destination restaurant. In 2010, Jeff Michaud won a James Beard award for Best Chef in the Mid-Atlantic category. Three years later, Michaud published his first cookbook, Eating Italy.

“They showed me another aspect of doing and running a business,” says Michaud of URBN. “And David Zeil [the company’s Chief Development Officer] was an incredible partner and very supportive of every decision I made, including this one.”

Spence, the last remaining chef-partner at URBN, could not be reached for comment.