Marc Vetri on Why Two Years at URBN Was Enough 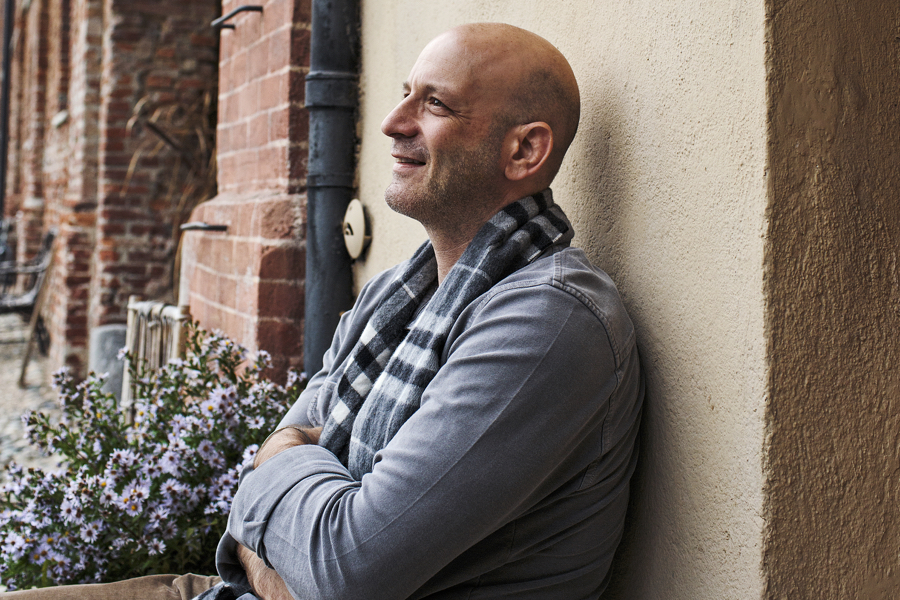 Yesterday afternoon, Marc Vetri took to Instagram to announce his exit from the URBN empire — a two-year stint in corporate life that brought a second Amis Trattoria to Westport, Connecticut; soon, a Terrain Gardens to the Main Line; and Pizzeria Vetri to King of Prussia and Austin, Texas (now closed). Two years, he says, was enough time to prime the global retail outfit on its hospitality acquisition — he’s “ready to step down and leave them the room they need to grow.”

Here, we ask the questions he left unanswered:

Was the plan always for you to exit at some point?

There was no contract in place?

No — I just love it. Like I love the restaurants — they’re my babies and I just thought, well, we’ll just kind roll with it. See how it goes.

Was your departure a mutual decision, or did you just tell URBN you were done?

Neither. I mean, once we started opening [more restaurants], my role was overseeing things. I loved to be in the restaurants, with everyone there, so I would basically spend the nights like I always did: starting out at one restaurant, finishing up at another, just roaming around five or six of them. And I was involved in [deciding] where we were gonna open next, and the marketing and stuff. But it just got to the point where I was just like more of the advisor, so I felt like I can still do that, even if I’m not [with URBN].

It was always more of this mentor role. I would help out when anyone had questions, I would organize fun things for everyone. And I can still do that stuff — it’s not like I’m leaving the restaurants and I’m never gonna walk in them or speak to anyone in there ever again. That’s absurd. They’re my babies. I still love them and I love everyone there. I basically took last Friday night and just roamed around all the restaurants, said goodbye to everybody, and I said, “Everyone, listen, Vetri is still your home, and you know you can come in and use it the same way you always have and hang out.” It’s less of like “Marc’s leaving,” and more like, “Marc’s just kind of taking on a different role now.”

And what’s that role?

That role is to focus on my foundations, to focus on Vetri here, and to start working on the Vegas Vetri Cucina — do what I’m able to do: Help and  mentor and give advice and, you know, rant a little bit on social media.

Would you say that you’re still going to be playing an active role in these restaurants?

No. I mean, I really have not been that involved in operations. When you’re in a larger organization, your role’s just not the same. So you just have to figure out where you can help out the most and make the most impact. I mean that’s really all this is. I feel that I had made the most impact that I could, and I had sort of led them to where I thought that they needed to be. Honestly, [URBN] doesn’t really need me anymore.

Are they in agreement with that?

I don’t know if they agree. I mean there was nothing negative about it — it was just like, “I think I’m done.” And they were like, “Well we’re sad to hear it, but that’s fine. We understand.” There were no hard feelings. It was an awesome two years. I learned a lot from them; they learned a lot from me. And it’s not The End. I can still do events there, just like I do events at other restaurants around the city. Like I imagine they’re gonna still call me for things. I have the book coming out next year.

It’s not like they’re like, “Marc’s leaving, that’s it — sever the relationship.” I just want to focus on Vegas, and I got my 20-year Anniversary stuff here. I can be just more impactful by focusing on [Vetri Cucina] than focusing on a lot of restaurants. And I just love to hang out at Vetri. At the end of the day, I just love hanging out at Vetri and just working the line, you know, and hanging out with the folks. You know, it just makes me happy.

And what about Brad Spence (Amis) and Jeff Michaud (Osteria)?

Well, they’re there. They’re integral parts of the scaling of the organization. They’re not going anywhere, as far as I know.

Do you know what URBN’s plans are in terms of utilizing the restaurants they bought from you?

In terms of future restaurants for you — now that you’re sort of free: You have the Vegas restaurant coming, you have Vetri Cucina right now in Philly, do you have any more restaurants?

I certainly have some irons in the fire. I’m not in a rush to jump on anything else. I’m going to focus on the Vegas thing and evolving Vetri here which is a full time job. Listen, if I didn’t have Vegas coming, Vetri’s a full time job. It evolves every single year. We’re always kind of pushing the limits here. Once we reach another mountaintop, we’re like, “Okay, what’s next?” We don’t hang out there for long. We’re always pushing, pushing, pushing — it’s a creative monster that’s always moving forward. It has always been the start of everything — all of the other restaurants, you know, started with an idea that was created at Vetri.

The [URBN deal] was just another link in the long chain.