A look at what went into the making of the world's first post-Apocalypse restaurant.

This past fall, a team of entrepreneurs with an appetite for — shall we call it “razzle-dazzle”? — opened Mad Rex, a multimillion-dollar “Restaurant Entertainment Xperience” in Fishtown, across from Sugarhouse Casino. It’s kind of like a Hard Rock Cafe but with an after-Kim-Jung-Un-does-us-in theme. Death and decay? It doesn’t come cheap, so here’s some of what went into the making of the world’s first post-Apocalypse restaurant. 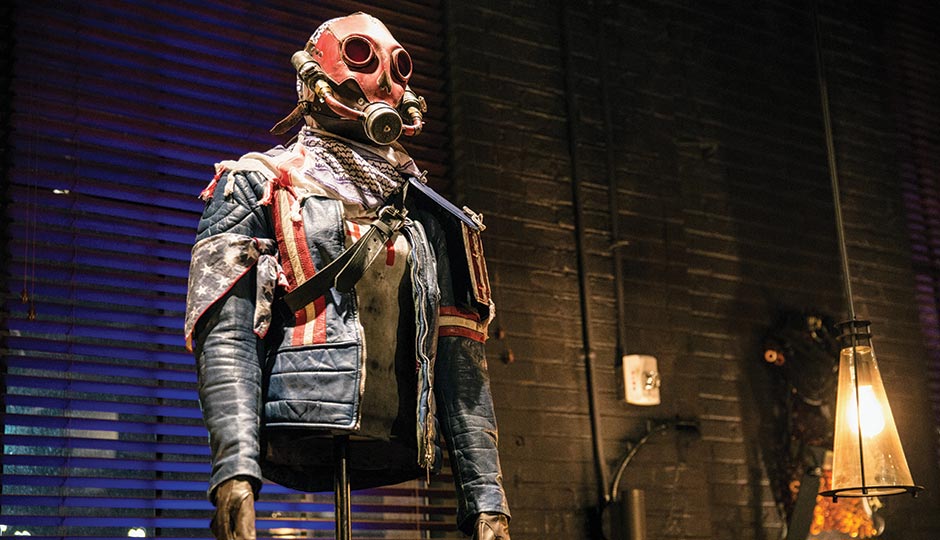 Creepy mannequins
Assembled by four different artists based in Russia, Poland and the U.S. at a cost of $4,000 apiece. (There are 15 of them.) 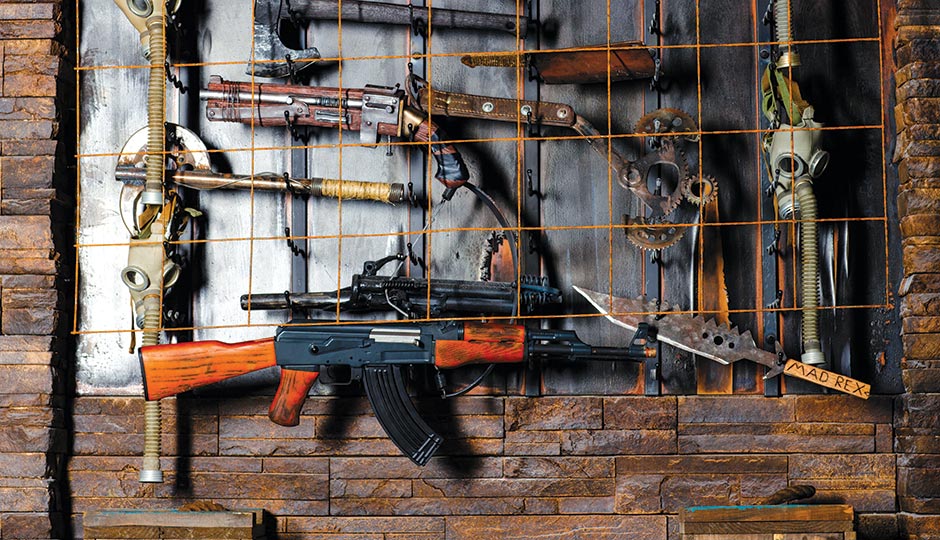 Armory wall art
Some weapons were made from scrap metal and junkyard bric-a-brac; those came out to about $100 each. The model AK-47? Upwards of $1,300. 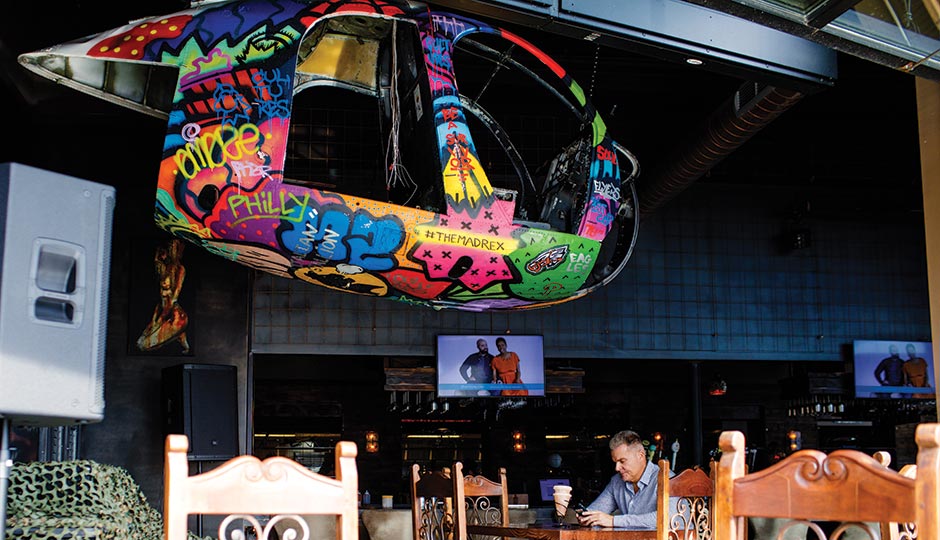 Helicopter
Shipped in from a Florida salvage yard for $3,000. Made pretty by local graffiti artist Alloyius Mcilwaine, who also painted the airplane chassis (see below). 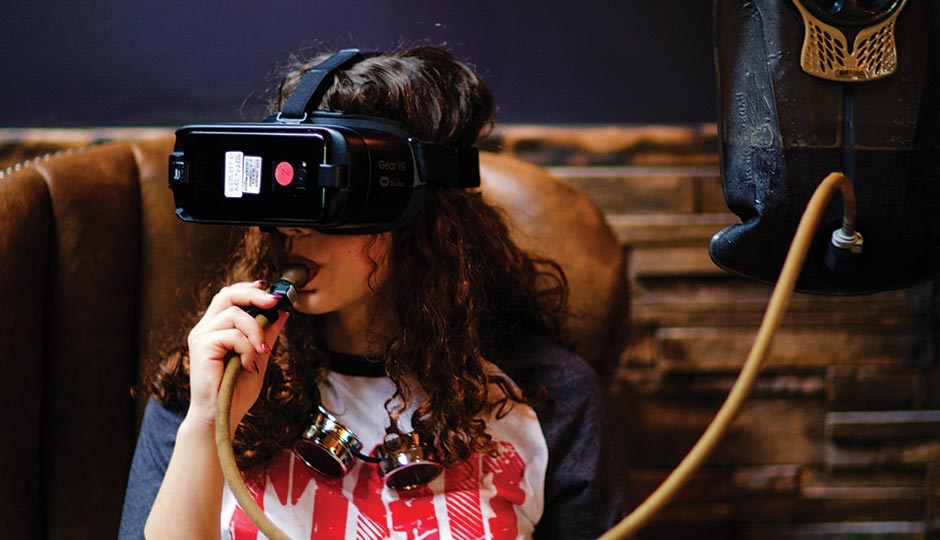 IV cocktails
How to booze when you’ve got giant VR goggles strapped to your face? The staff sets you up with an alcoholic “IV drip” — meaning you pick your poison and slurp it through a tube. 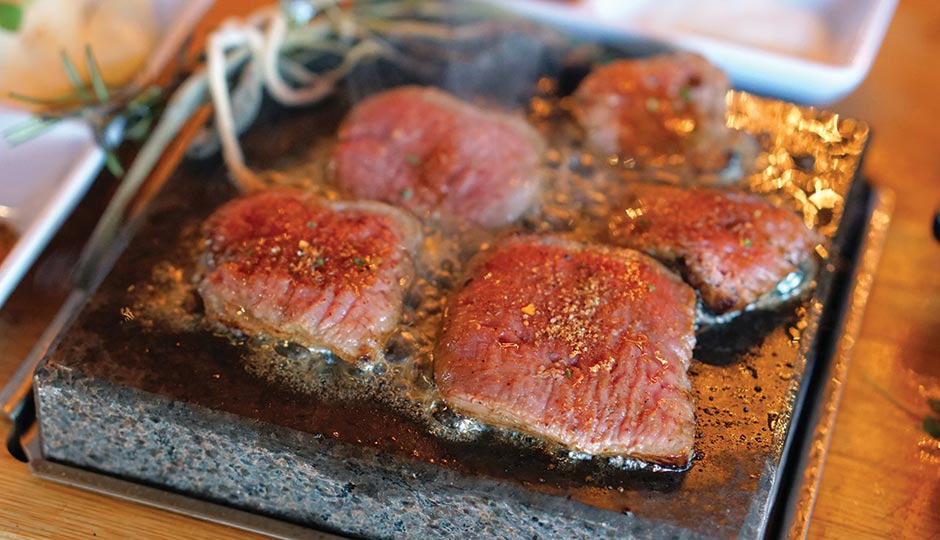 Lava rocks
For cooking your own steak. Brought to your table at 500° after heating in one of the two $15,000 specialty ovens. The menu has elevated pub fare, and it’s better than you think.

Custom decor
Hand-torching the tables for a post-apocalyptic effect cost more than $5,000. These light-up skull lamps? $450 each. 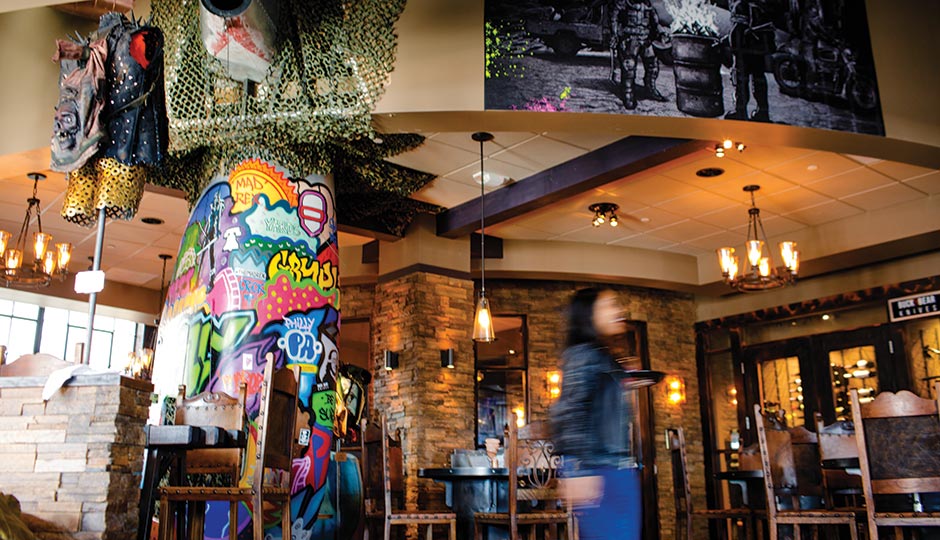 Airplane chassis
Purchased on eBay for $3,000, plus whatever it cost to crash-land it through the restaurant’s ceiling. 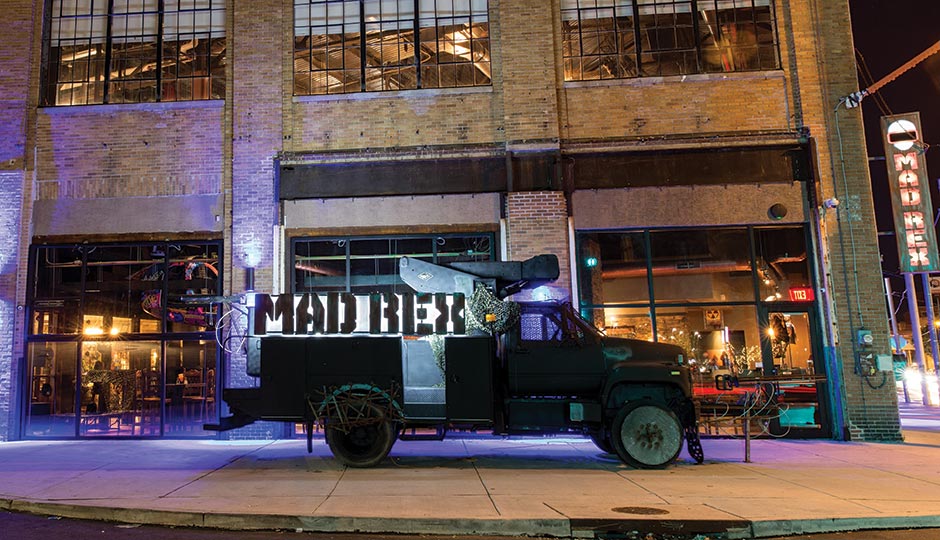 Battle truck
The life-size underlit war truck ($7,500) that sits on the sidewalk transforms into a full-blown DJ booth during events. 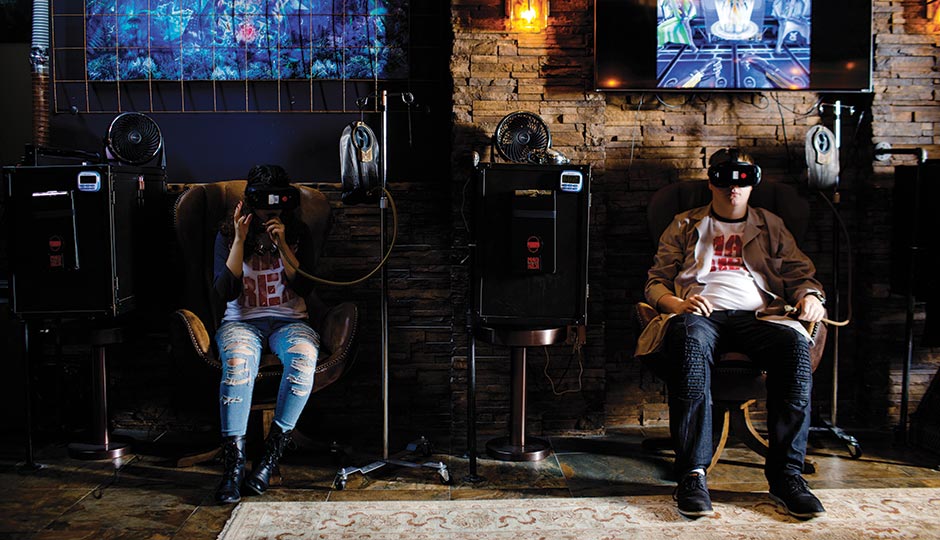 VR room
The gaming equipment came to around $100,000, and the room is outfitted with leather chairs, personal lockers and a vintage rug.

Published as “It’s a Mad, Mad World” in the December 2017 issue of Philadelphia magazine.