Tacos and Pizza Had a Baby in South Philly 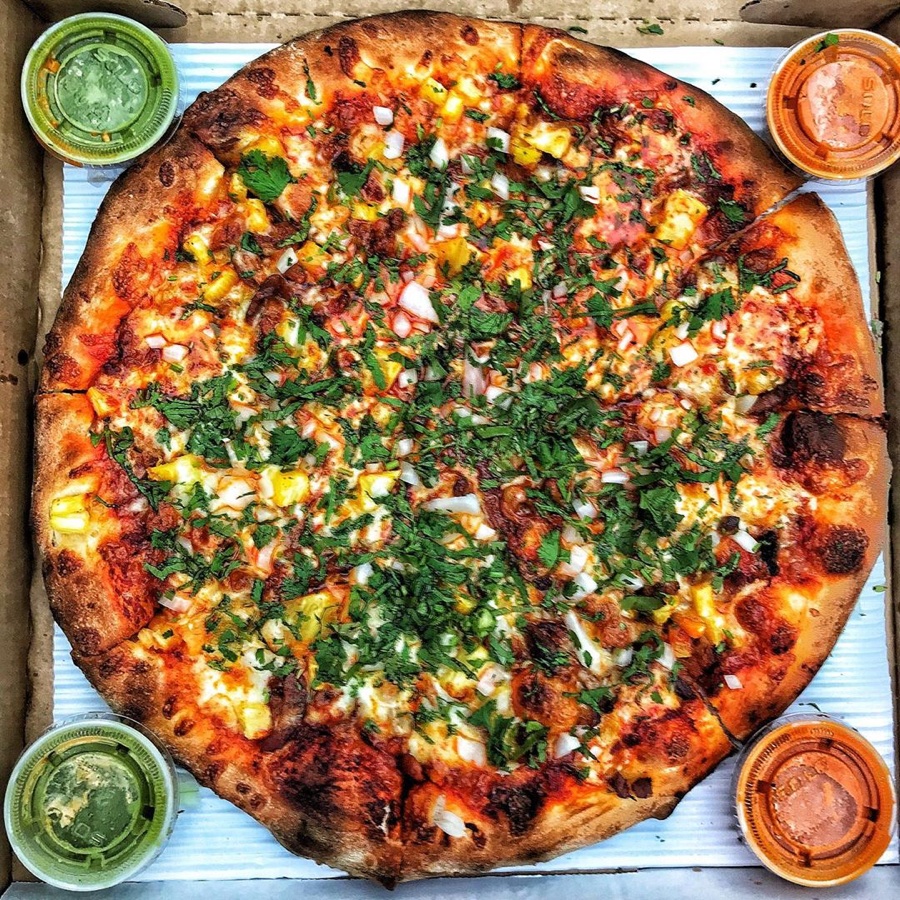 You can order Mexican pizza pretty late at night in South Philly, which is useful since it’s greasy and salty and has a real gift for soaking up a Saturday night.

It’s a South Philly delicacy, one that passes up culinary convention for something that hits its neighbors — all of its neighbors — closer to home. Because it’s not a tlayuda, those XL tortillas piled with refried beans and whatnot (find them on the menu at La Calaca Feliz in Fairmount); it’s not a coca, either (though Adan Trinidad does a nifty Mexican take on the classic Spanish flatbread over at Pistola’s Del Sur in East Passyunk).

It’s an Italian-American/Mexican hybrid, repping its neighborhood like some kind of delicious mascot.

Over the years, South Philly’s Mexican population bolstered the Philly scene (especially below Washington Avenue) with vibrant, destination-worthy taquerias and fondas. Of course, South Philly is home to a rich Italian food history as well, which, too, has done wonders for this city. And those two deeply-rooted traditions commingling so effortlessly — hoagies side-by-side with cemitas; pizzas hand-in-hand with tacos — is part of what makes eating in South Philly such a one-of-a-kind culinary experience.

But give it enough time and any food tradition will eventually evolve — adapt to its surroundings — because, well, what is cuisine but an edible product of its environment?

So when you order pizza from Rosario’s at 15th and Wharton Streets, it might very well come with a side of lime wedges. Two types of salsa, too. And while, sure, squeezing fresh lime (and drizzling salsa verde) all over your pizza may seem a bit strange at first, it’ll all make sense once you bite into your slice topped with pork carnitas, chopped onions and cilantro. Or spicy al pastor and pineapple. Or tomatillo sauce, chorizo, roasted poblanos, Oaxaca cheese, corn and and sliced avocado. Lime juice has a knack for lifting, amplifying, those oh-so-Mexican flavors.

The origin story behind these Mexicana pizzas goes pretty much exactly as you’d imagine: Rosario’s owner Margarita Jeronimo says, “First we knew that the area needed a pizza shop. And since the neighborhood has a big Latino community — and we’re Mexicans who know these ingredients well — we made Mexican pizzas.”

Point Breeze’s San Lucas at 2000 South Bouvier Street does a great Mexican pie, too. And make sure that when you’re ordering some late-night tortas at El Sabor De Mi Tierra (2413 South 7th Street), you get some chorizo-and-cheese pizza to go with.