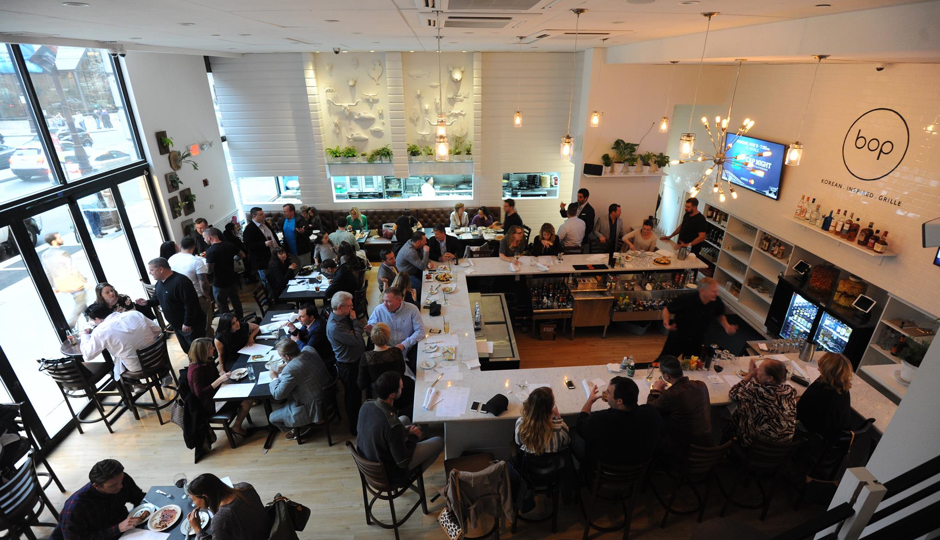 Today, Bop, Brent Celek (yeah, that one) and Scott Keenan’s humdrum Korean fusion restaurant on Broad Street with a “three-umbrella problem“, is officially no more. And that’s okay. There’s better Korean in Center City to be had, what with Dae Bak now open, SouthGate doing its thing in Rittenhouse, plus a few more opening soon (Serpico/Starr’s new Korean spot on Sansom Street Kyung Ho and Chris Cho’s Center City Seorabol).

In its place, opening this Friday (June 9th), will be the second coming of the Blue Duck — this one called Blue Duck on Broad — Northeast Philly’s New American restaurant by Kris Serviss and Joe Callahan, Jr.

Celek and Keenan, already fans of the Blue Duck for its straight-forward menu and approachability, thought it might fit in better than the previous, vaguely-Korean concept at 220 South Broad. After all, the original strip-mall location has done wonders drawing Philly diners’ attention to the Northeast, which, despite its impressive and diverse restaurant scene, always managed to keep itself hidden under the restaurant-‘hood-radar. If the food was tasty enough to lure diners to the Northeast, then opening one closer to home could only mean success — hence, the rebranding. It was a sensible partnership for the Blue Duck guys, too. Serviss says they had a very similar mission and vision for the spot, “It’s exciting to work with partners that are as passionate about this as I am.”

Blue Duck on Broad’s menu will be comparable to the its flagship BYOB’s, but with an added lunch menu during the week (sandwiches, salads, soups), and, since it’s not a BYO, a weekday happy hour and a DJ’d brunch.

As for the Washington Square West location (212 South 11th Street) announced last year, it’s got a new name: The Ugly Duckling. Even better, it should be opening sometime this month. According to Serviss, the space is already built out and the equipment has been delivered, they just need to put it all together and primp it up. “The BYOB was meant to look like your grandmother’s kitchen,” says Serviss. “The Ugly Duckling’s going to be like your weird uncle’s garage.”

The food — like Blue Duck on Broad — will correspond with the menu at the original location (so, yes, the duck fries are coming to WashWest, too). And as for the bar: “You know those drinks… they’re kind of tacky but you always kind of want one? We’re going to do a bunch of that. Because show me one red-blooded American who doesn’t like a piña colada.”

Stay tuned for official menus and an opening date.