A second day without immigrants, #right2work goes on tour, and a new resolution — all happening very soon. 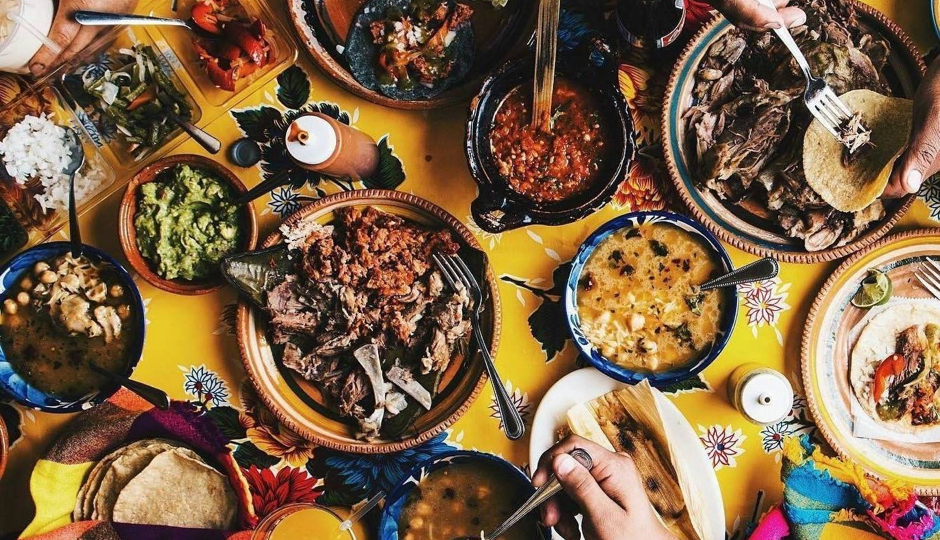 The freedom fighters at South Philly Barbacoa and PAUWR, Cristina Martinez and Benjamin Miller, are organizing Philly restaurants for a May 1st general strike that will highlight the contributions of undocumented immigrants in the restaurant industry.

The restaurant will be closed on May 1st as part of the planned #ADayWithoutImmigrants strike. And several of the city’s top restaurants have joined them.

A Day Without Immigrants

Other supportive businesses, like Han Dynasty and Weckerly’s Ice Cream, have recently developed special menu items and donated the proceeds to PAUWR, which can now receive tax-deductible donations through its partnership with nonprofit organization ROC United. Le Virtù also hosted a special benefit dinner and donated proceeds to the cause.

#Right2Work Goes On the Road

Martinez and Miller will also kick off a country-wide tour of #Right2Work dinners with an event at New York’s Downtown Art theater on May 1st. Philly chefs Valerie Erwin, formerly of Geechee Girl Rice Cafe, and Kurt Evans of Route 23 will join them, along with NYC chefs and musicians.

The donation-based dinner (RSVP here) will include a screening of a short documentary on the #Right2Work movement by filmmaker Byron Karabatsos and a panel discussion with speakers like Jennifer Lee, Director of the Social Justice Lawyering Clinic at the Sheller Center for Social Justice at Temple University, and Tunde Wey, the undocumented Nigerian chef and creator of the Blackness in America dinner series that made a stop at South Philly Barbacoa back in November.

Here’s the schedule for the night:

Speaking of Tunde Wey, he’s throwing another dinner in Philly this Friday, April 28th. His November dinner was about “blackness in America”, and this time, it’s about the anti-immigration sentiment in America. Here’s the description from the website:

The Chinese Exclusion Act was the first major law restricting immigration to the United States. It was enacted in response to economic fears, especially on the West Coast, where native-born Americans attributed unemployment and declining wages to Chinese workers whom they also viewed as racially inferior. The Chinese Exclusion Act, signed into law on May 6, 1882.
president donald trump was successful in his candidacy in part because he skillfully stoked fears about immigrants. to hear president trump tell it, undocumented immigration is a threat to america’s greatness.

how does such a vulnerable group, approximately 3.5% of the total u.s population and 5.6% of the u.s workforce undermine america?

maybe the real threat posed by migrants is that we invalidate the american notion of a meritocracy. if immigrants, whose presence defines aspiration and self reliance, are not meritorious, then the united states cannot be a land of equal opportunity. we’ll discuss.

The announcement of the #Right2Work tour comes on the heels of a resolution introduced to City Council on Thursday by Councilwoman Helen Gym in support of undocumented workers across sectors, with a particular recognition of those in the restaurant industry.

The resolution states that the Council “[r]ecognizes every person’s fundamental right to earn a living, regardless of immigration status, and affirms the City of Philadelphia’s commitment to protect and secure a safe and dignified workplace for all.”

Martinez and Miller are encouraging Philadelphians to contact their councilperson in support of the resolution, which the council will vote on next week.

An extension of the series of 11 #Right2Work gatherings held at South Philly Barbacoa to discuss and organize around immigration rights in the industry, Martinez and Miller hope the dinner-meeting-concert hybrid will inspire New Yorkers to get a resolution similar to Gym’s passed by their city council. Future stops on the tour will include other major cities like Atlanta, New Orleans, Detroit, and Boston.