Revolution Taco has its own truck. 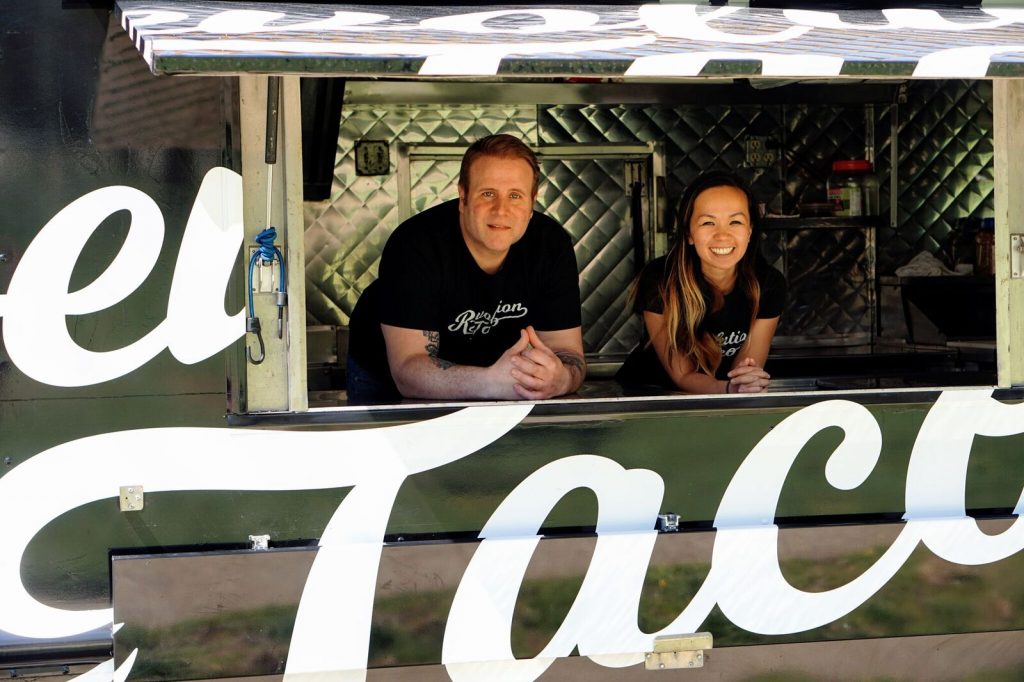 It seems as though Michael Sultan and Carolyn Nguyen, the two taco truck operators who went brick-and-mortar two years ago with Revolution Taco, are still taco-truck-people at heart. Years before they set up shop in Rittenhouse, Sultan and Nguyen ran a few mobile food vending operations, Street Food Philly and Taco Mondo (both shuttered to focus on their catering arm 33rd St Hospitality Catering and new-ish East Falls cafe The Mill’s Cafe).

But after two pretty fantastic years with walls instead of wheels, Sultan and Nguyen are heading back into the mobile taco-vending game with the Revolution Taco Truck.

Its menu will look pretty similar to the storefront’s menu, with some added exclusive-to-the-truck items: quesadillas (which aren’t available in-store) and Nashville Fried Chicken Tacos — spicy buttermilk fried chicken with ranch and pickles.

The truck will debut at these April festivals to start, otherwise you’ll find it rolling through the city at random. Follow Revolution Taco’s social media to track its whereabouts; the truck schedule will also be added to the website in the coming weeks.