From the hands and minds of a bunch of food truckers comes Revolution Taco in Rittenhouse. Did they successfully trade in their wheels for an actual address? The first time I walked into Revolution Taco, they were playing “Blister in the Sun,” and all the people in the neighborhood were still getting used to it. At the counter, everyone seemed to know someone.

You’re gonna love it. This place is great.

The tables were crowded, and turned over quickly. The space was spare, clean, simple—just a box painted yellow, blond wood tables, the barest necessities. Lunch rush was running the small kitchen ragged, and customers kept coming as fast as the crew could get them out the door, but the place wasn’t much more complicated than the food truck (or trucks, really) that it’d been born of. A roof instead of wheels. An open kitchen to replace the submarine claustrophobia of a repurposed panel van. But the vibe was the same: Get ’em in, give ’em tacos, get ’em out.

SNAP JUDGMENT: The idea of globe-trotting fusion tacos was invented on city streets and in the food trucks. So who better to translate that into a brick-and-mortar setting than a bunch of food-truck pros?
RECOMMENDED: Recommended Dishes: Smoked chicken and goat cheese tacos ($7 for two) if you’re risk-averse; roast duck tacos ($8 apiece) for everyone else.

The food-truck thing, of course, makes sense. Revolution is the brick-and-mortar investment of a whole gang of successful truckers (Mike Sultan of Street Food Philly, Carolyn Nguyen from Taco Mondo and Alan Krawitz of Say Cheese), and they brought their business model with them when they signed the paperwork. Everything is served on paper plates or in to-go boxes. (A lot of the business is takeout.) There’s no silver, no cloth napkins, no tablecloths. For decor, there’s a wall full of unusual chilies, all in little round spice tins.

And the menu? Dead simple. Ten tacos, and burritos (either wrapped or in bowls) made with the same proteins. Chips and guac. Two different kinds of empanadas. And that is it—the same scaled-down simplicity and focus that make a food truck work in a marketplace where success translates in the most fundamental of terms: Sell x tacos (or grilled cheese sandwiches, or macarons, or baskets of tater tots) to cover the nut, and all the rest is a paycheck. True, real estate comes with additional costs and complications (like, you know, doorknobs and paying the electric bill), but Revolution is an experiment in basic math: Can we sell enough tacos to keep the lights on?

On that day, yes. On that day, hell yes. While the Violent Femmes played, I ordered two smoked chicken tacos with lettuce and goat cheese, which were double-wrapped in soft corn tortillas and precisely as good as that sounds to you right now. Goat cheese on a taco? That’s delicious. And evidence that Revolution is not just a math experiment, but one in translation.

Hang with me here a minute. One of the advantages of operating a food truck is that the stakes are lower than they are in a restaurant with an actual address, and these low stakes allow for innovation that traditional restaurants can’t generally manage when they’re worrying about paying the electric bill. You’ve got to have a wicked kind of hustle to make a buck doing anything at all in the restaurant business, sure. But when you’ve got a food truck, you have to find a way to make whatever it is that you do stand out from what the guy in the next truck over is doing.

At Revolution, that means smoked chicken with salsa verde and goat cheese. And tacos stuffed with smoked beef cheek and fried tongue (the snack that licks you back), house-made kimchi to bring the funk, pickled jalapeños for heat, crispy shallots and ginger cabbage slaw. It’s got that Korean street-taco feel—offal for the adventurous, a balance of heat and sweet and crisp and fatty. If you’re playing the truck game, you gotta punch above your weight—do things that people can’t get anywhere else, or riffs on things that they can get everywhere, done better, faster, cheaper, something.

This is the mentality the partners have brought to Revolution. And all of it is distilled in the one taco on the board that matters most of all: the roast duck taco. More than the chicken with goat cheese, more than the cheek-and-tongue, more than the excellent (if largely traditional) chorizo with queso fresco and crema or the glazed pork belly with jicama slaw (chased the chorizo with it, but found it disappointing—the belly sliced thin, breaded and deep-fried, which isn’t the most advantageous use of pork belly I’ve ever seen), the roast duck is Revolution’s wild chance, its moon shot. It’s fusion pushed just about as far as fusion can go.

Rather than a tortilla, it has a Chinese-style scallion pancake, seared on the flat grill. Which is just genius, and almost worth the price of admission all by itself.

The pancake shell (chewy, savory, just barely crisped around the edges by the heat) is topped with plum sauce, the same ginger cabbage slaw that’s used with the tongue, shredded bits of roast duck, a scattering of pickled oyster mushrooms (the kitchen’s second great idea, because they’re delicious and perfectly offset the heaviness of the pancake and the duck meat), and finished with a rain of crispy fried skin.

It’s Sunday-morning Chinese leftovers eaten with your fingers. The absolute definition of a taco constructed of precisely nothing taco-like at all. Stripped of all defining characteristics (save, I suppose, the shape), it instead defines the place that makes it.

It’s not a perfect taco (especially for $8 a pop), but it’s a good one. The meat is tender and juicy (though I would have it another time and find it less so, since it had been pulled from the cooler and left too long on the flat top); the sweetness of the plum sauce is countered by the sour pucker of the mushrooms. The crunchy bits of fried skin bring the whole thing together, but it has balance issues. Good as it is (smart as it is), the scallion pancake needs to be better to make the thing truly sing. The duck needs to taste more like the ones hanging in the window at Ting Wong, less like something you’d find on the plate at some East Passyunk gastropub.

Still, I’m a fan of Revolution. I like it almost as much for what it’s trying to do as what it’s accomplishing, because that whole basic math equation I mentioned earlier? It kinda works both ways. There are a few missteps on the menu, a few bungled moves on the line. And sure, there are things I’d like to see done better. But when someone hands me a grease-slicked paper plate crowded with risky, envelope-pushing tacos and then gives me back change from a 10-spot, I can afford to be forgiving. I can roll with the experiments and take the same chances with my lunch that Revolution does with its business. And if it doesn’t work out?

Stars: 2 stars—Come if you’re in the neighborhood 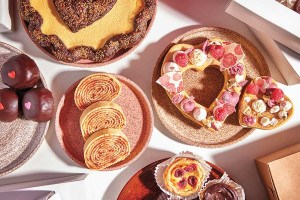