The CEO will talk all about the beloved chain’s big expansion plans. And maybe he’ll address the naysayers who take issue with the Wawa hoagie. 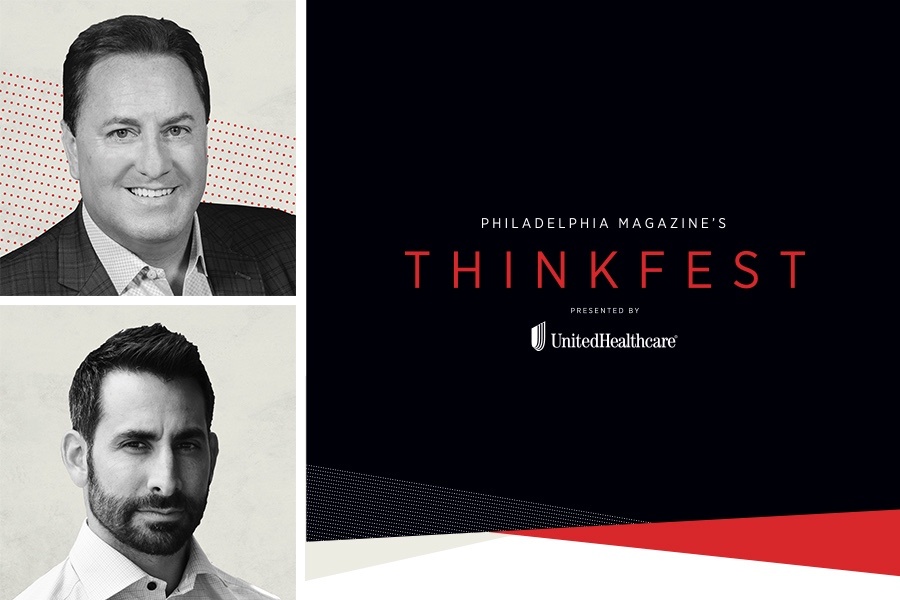 Chris Gheysens and Anthony Bucci will take the stage at ThinkFest 2018 on November 15.

Philadelphia magazine’s annual ThinkFest event goes down on November 15th this year, and its busy five-hour agenda will get attendees immersed in the city’s biggest issues from criminal justice reform to the biotech boom and more. And the event kicking it all off will be a lively discussion with Wawa CEO Chris Gheysens.

The South Jersey native recently told us his earliest memory of Wawa: As a child, he’d go to the same store in Vineland at the corner of Sherman Avenue and Main Road with his father. Then some time after college, a bright-eyed Gheysens found himself filling an opening at Wawa as the company’s controller.

Now decades later the beloved convenience store is rapidly expanding into a number of East Coast cities south of Philadelphia including Washington, D.C. and Miami.

In Philly, the chain will open up a new Center City flagship store at 6th and Chestnut in mid-December. According to Gheysens, the store, Wawa’s biggest ever, will showcase the company’s “love and pride in Philadelphia.” It will be stocked with goods and products that customers won’t find anywhere else. “We are throwing everything at the wall, because this is Philadelphia,” Gheysens said.

At the talk, Gheysens will address Wawa’s status as an iconic Philadelphia brand as the store continues its expansion, and maybe he’ll address the naysayers who are concerned about the quality of their hoagies.

Gheysens will be on stage with decorated e-commerce maven Anthony Bucci, who launched Revzilla, another iconic Philadelphia-based retailer.

The two will promptly take the stage at 12:05 p.m. and will be followed by a host of other discussions. You can check out the full lineup here. As a guest you’ll also get the opportunity to join a networking brunch and cocktail hour. Other highlights include the United Healthcare lounge, a Verizon tote station and a Comcast lounge.

Tickets for the event are still on sale, but they’re going fast. Be sure to secure yours here.