AOL Co-Founder Steve Case: For Philly to Rise, the Startup Community Must Hang Together

The outspoken Rise of the Rest champion stopped by the City of Brotherly Love last week. In an exclusive Q&A, Case gives Philly Mag his thoughts on the city’s startup scene. 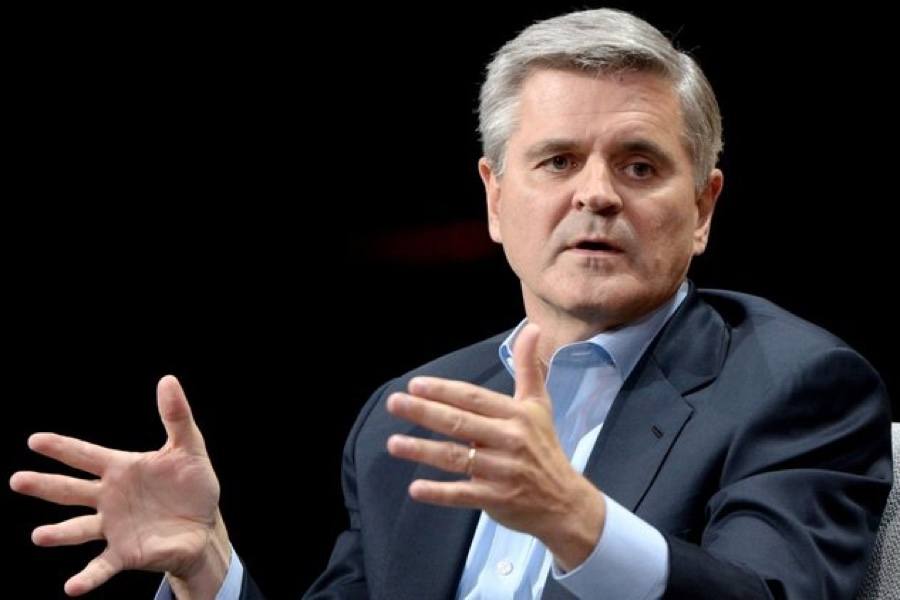 It had been three years since AOL co-founder Steve Case stepped foot in Philadelphia to tour the city’s startup community. In 2015, the entrepreneur-turned-investor brought his Rise of the Rest tour to Philadelphia to spotlight the community’s entrepreneurs. Over the years, Case has solidified his role as the country’s leading advocate for the growth of startup hubs outside of San Francisco and New York.

Last Thursday, Case sat down with some of Philly’s top startup founders to hear firsthand what it’s like to grow a business here. He toured the Pennovation Center and spoke at the grand opening event of 1776 University City. I caught up with Case after his visit to get his takeaways on what he sees as Philadelphia’s biggest challenges and opportunities. With two visits in three years, Case offers his thoughts on how Philly can attract more venture dollars and why he sees collaboration as one of the city’s greatest opportunities.

BizPhilly: You just visited Philadelphia’s startup scene for second time since 2015. What stuck out to you about the community this time around?

Case: I think certainly progress and momentum from when I was last there, but also a recognition that there’s still a lot of work to be done. Philadelphia, I could see is a rising great city, and obviously, this year it’s been a great sports city, but also a great startup city—but that’s not well understood around the country. And as a result, the entrepreneurs I’ve met, I think there were 14 or 15 of them at the roundtable, do talk about how it’s harder to raise the venture capital they need. It is harder for them to attract people as their companies are growing to consider moving to Philadelphia.

I got to see what Penn is doing with its innovation center, which was pretty interesting. Some of the areas they’re focusing on are robotics and some therapeutic things that are interesting differentiators for Philadelphia. I saw what’s happening with 1776 being a platform for the community to meet and rally around. I heard that Comcast is doing more entrepreneurial outreach than they were a few years ago.

So I think there’s progress for sure, and that should be acknowledged and celebrated, but there’s still work to be done. And I mentioned in conversation that despite the excitement in Philadelphia, the reality is that last year Pennsylvania as a state, not just Philadelphia — but Pittsburgh, other parts of the state — got about one percent of the venture capital in the country. Last year, California got 50 percent. There’s still a lot of work to do to make sure that Philadelphia continues to rise and continues to be a magnet for capital and talent.

BizPhilly: Philadelphia is the largest city on your Rise of the Rest tour. What do you make of this? How does Philadelphia fit into your tour’s narrative?

Case: I would say the city’s size speaks to the opportunity. At the roundtable I learned that ten years ago, many of the people who were coming to Philadelphia to go to school — obviously a lot of great schools here — were then leaving because their perception was that opportunity was not in Philadelphia but in San Francisco, Boston, New York or some other place. From what people told me at the roundtable, more people when they’re graduating are now staying, which I think is very encouraging, and also some people that had left are coming back. It’s like a boomerang of talent. I think that’s pretty important.

Philadelphia is obviously larger than most cities. We’re starting our next tour in May in Dallas. That’s another big city. The larger cities have the benefit of more of a critical mass of people. They have more startups, more activity, generally. And they have most large, Fortune 500 companies to anchor around. At the same time, scale creates some challenges in terms of creating more collaboration and more network density. A big message that stuck out was that Philadelphia could rise faster if it worked together more collaboratively, creating a network of entrepreneurs and people are really helping each other, not just helping themselves.

BizPhilly: Going back to the capital discussion, what’s one thing that Philadelphia’s ecosystem can do right now to attract more capital?

Case: I think there are two things. One is, in Philadelphia, get more of the money off the sidelines to support startups. There is a lot of capital in Philadelphia, but many of the people with that capital are not investing in startups. Even if they made their money out of real estate, deploying some of it into startups would be helpful because some of the startups will be the next big company and will need a lot of office space. So having a broader view within Philadelphia is important.

And then the second is, curate the best of Philadelphia. Whether you’re grouping companies in the seed stage, the venture stage, the growth stage, and whether the companies be in robotics or therapeutics, make it easy for venture capitalists in other places.

If they’re interested in coming to Philadelphia to understand if they care about biotech, and they’re focused on series B investments, they should be able to quickly find out what some of the most promising biotech companies are that are looking to raise series B money. That can help simplify things and give venture capitalists from other places a roadmap when they come to town so they’re not wasting their time with companies in sectors or stages they don’t really care about. That curation can be very useful in terms of driving more capital.

BizPhilly: Philadelphia is also sitting on a mine of diversity. We were recently ranked No. 1 for diversity in STEM jobs and No. 4 for women in tech. How do you think the city can leverage this advantage as its startup scene continues to rise?

Case: I think it’s critically important to focus on diversity, and we see that in other cities as well. I think the next opportunity is going beyond just driving innovation to also focusing on impact and inclusion. When I was at the Pennovation Center they talked about those three I’s — innovation, impact, and inclusion — being areas of focus and differentiation for the city. So how do you build out of a diverse population? How do you create a more inclusive innovation economy, which welcomes entrepreneurs from all kinds of backgrounds and all kinds of places and make sure they so feel supported, included and mentored? I think that is an opportunity and question for Philadelphia.

BizPhilly: What other opportunities do you see for the city?

Case: Another opportunity we talked about is how does Philadelphia think of itself in a broader, regional context? One of the strategic advantages of Philadelphia is that people say it’s in the Amtrak corridor, the Acela corridor. The reality is it’s relatively easy to get down to D.C. It’s relatively easy to get up to New York. How do you leverage that and basically have more connectedness within Philadelphia, but also more connectedness regionally? That creates some opportunity.

We also had a discussion around the whole Amazon HQ2 and how it was viewed as mostly a positive. If Amazon picked Philly that would be a great signal that Philly is not just a sports city, but a city of start-ups as well. People felt that would be positive. But also there were some who expressed concern that Amazon might also pick off employees. One of the startups mentioned that several of their employees have been hired away by Comcast when they were expanding. There are pluses and minuses in all of thee things, but Philly should continue to think on how it can build on its strengths? Whether that be its strength of talent and diversity or its unique expertise around robotics or cellular therapeutics. That’s really the key for this next phase.

BizPhilly: A criticism that’s been lobbed at Philly is that we don’t have enough exits. Because when exits take place, we see talent going off and creating new startups. Do you think the key to a faster rise is more exits?

Case: It’s not necessarily more exits, but definitely more breakout successes. How do you create more companies like a Comcast that started small and got big? Eventually that could be, if it continues as an independent company, that public company could be acquired. We see in other cities acquisitions that ended up boosting employment. There are different ways to look at it. But sure, having more of those breakout successes is important, usually to a second wave of the entrepreneurial community where some of the original founders or employees of those companies — when it does scale or when it does either go public or get acquired — then going off to either invest in new startups or sometimes start new companies.

We see that a lot in D.C. There are over a hundred, probably now far over a hundred, startups that involve people that had some affiliation with AOL. That kind of dynamic is certainly helpful.

BizPhilly: What role do you see Philadelphia’s government playing in the rise of Philly’s startup scene? For example, could the city implement some kind of tax policy to boost Philadelphia’s entrepreneurial ecosystem?

Case: I don’t know all the details of what’s in place now, so it’s hard to comment. I do remember when I was there previously, Mayor Nutter did a number of things, including really spotlighting and celebrating startups. I think that kind of showcasing, curating and celebrating is important. We have seen in other cities different things, whether it be tax credits or other incentives to invest in startups. Those kinds of things can be helpful and catalytic.

Case: That’s hard to say since unfortunately I’m not able to spend that much time in one place. One of the things we did talk about that I think can take Philly to the next level is more collaboration. Even the entrepreneurs I met with, I asked them how many people in the room they knew and one person didn’t know anybody. About a third knew a few people and another third knew most of the people. The startup community needs to hang together. They need to figure out ways to collectively attract capital, collectively attract talent and collectively attract partnerships. Some efforts are on their way. That’s why I was at 1776 because they’re doing a lot of things to try to do that. But more on the collaboration side.