After a judge tossed the Chamber’s original case against the law last month, the organization is back with an amended complaint. 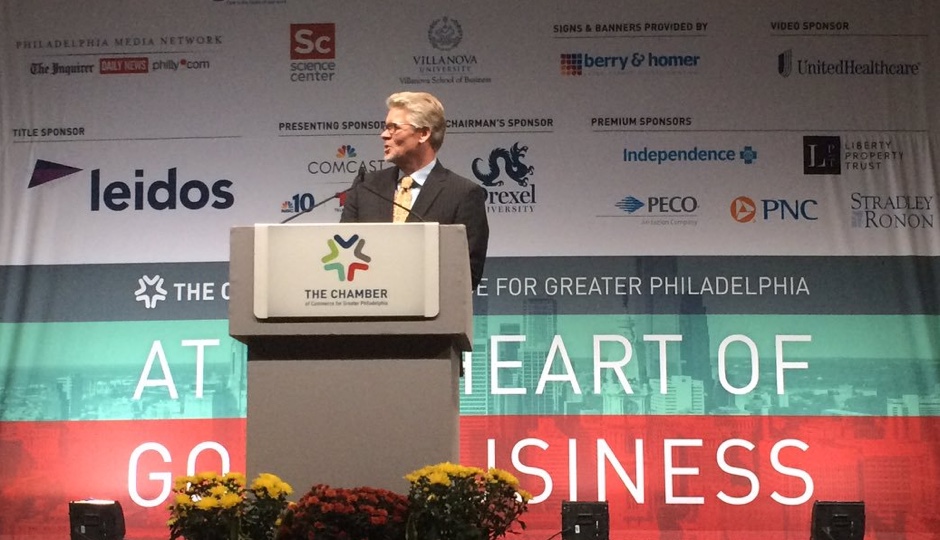 The Chamber of Commerce has finally opened up about the “broad coalition” of business community members who say they’d suffer if Philadelphia’s new wage equity law takes effect.

In a revised lawsuit submitted this week, the Chamber reestablished its case, which was thrown out by a court on May 31. Common Pleas Court Judge Mitchell S. Goldberg dismissed the Chamber’s complaint on the grounds that the organization lacks standing, mainly because it failed to name a single member business that’d be harmed.

The Court gave the Chamber 14 days to respond with a revised complaint—counsel for the Chamber responded just in time on Tuesday.

The revised lawsuit still argues that the law violates employers’ First Amendment rights, and would make it harder for companies to do business because salary history is integral to the hiring process. The complaint also posits that Philadelphia will become less competitive as businesses will overlook the city as a place to settle down.

And to strengthen its case for standing, the complaint also names just thirteen out of over a thousand of the Chamber’s member companies, including Philly behemoths like Drexel, CHOP and Comcast.

“The Ordinance faces opposition from abroad cross-section of businesses in the city—including prominent women-owned companies, rapidly growing small businesses, and established large firms, who collectively have created tens of thousands of jobs across all sectors,” the lawsuit states.

The complaint organizes the companies according to how they’d be harmed by the law:

The Chamber also named itself in the lawsuit as one of the businesses that would have its First Amendment rights stripped away. Asking about wage history saves time and resources during the application process, it claims, and is important for assessing an applicant’s aptitude.

In a statement, city spokesman Mike Dunn said, “We remain confident that the law will withstand this challenge.” Dunn says the city will also continue to adhere to its agreement to not enforce the order until the Chamber’s motion for preliminary injunction is resolved. The law was originally supposed effect on May 23.

Mayor Kenney approved the ordinance back in January after City Council voted to unanimously pass it, with the intent to check wage discrimination in hiring practices. The law bars employers from asking applicants what they’ve earned in the past. Violators are subject to civil and criminal penalties, including up to $2,000 per violation and an additional $2,000 and 90 days in jail for a repeat offense.

Some experts have argued that the wage law would present unintended consequences, and others like the Chamber believe there’s no evidence that the “roundabout approach will alleviate discriminatory wage disparities,” according to the lawsuit. New York City and Massachusetts recently passed similar laws that have yet to take effect.

The Chamber’s lawsuit also outlines some alternatives to the law that it says the city ignored: Prohibit employers from relying on wage history as the sole basis for making wage distinctions among employees of different sexes, or encourage employers to conduct voluntary self-evaluations to ensure that all of their employees earn fair market wages.

The Chamber also suggests that the city reduce the civil and criminal penalties associated with the law so that small businesses won’t be forced to close if found in violation of the prohibition.