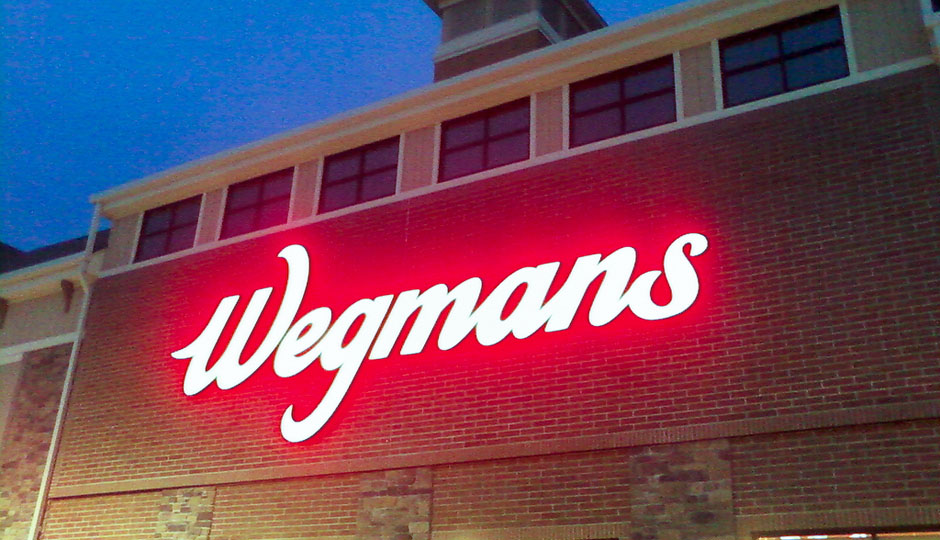 Uber, Nordstrom, and L.L.Bean have all recently come under fire for their political or business connections to President Trump or his family. Now another well-known company finds itself in the fray: the grocery chain Wegmans.

The Washington Post reports that the supermarket chain is facing calls to remove Trump Winery products from its 10 Virginia stores, and members of the country’s largest feminist organization, the National Organization for Women, plan to pressure the company to drop the line of products.

The Trump Winery, whose product line includes Trump Blanc de Blanc and Trump Winery Chardonnay, is currently run by Trump’s son Eric. But the line apparently isn’t sold at all Wegmans locations. Representatives at the King of Prussia and Malvern Wegmans wine shops had no idea the Trump family owned a winery and told me the brand has never made an appearance on their shelves. And at Cherry Hill, where the Wegmans liquor shop is independently owned, a representative told me that they have never sold Trump wines.

Jo Natale, vice president of media relations for Wegmans, told the Washington Post that they sold the wines from the winery before Trump ever even owned it. “Our role as a retailer is to offer choice to our customers,” she said, “Individual shoppers who feel strongly about an issue can demonstrate convictions by refusing to buy a product.”