I Tried “Nature’s Xanax” for a Hangover-Free Buzz

How sipping kava, an alternative to booze, can help you unwind — without the next-day headache. 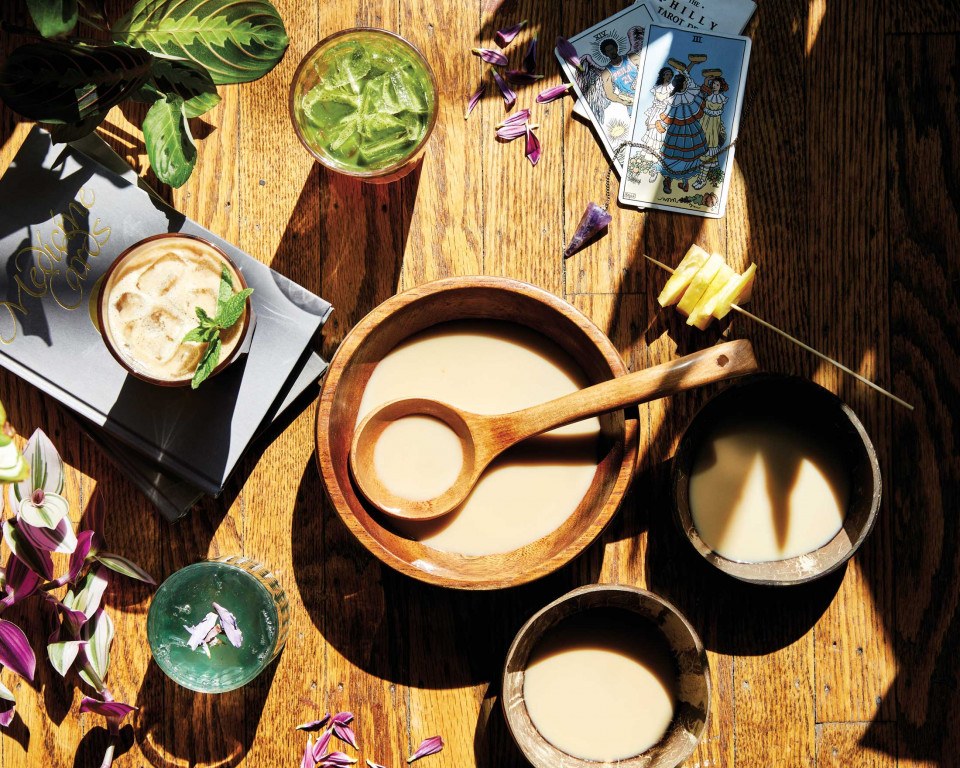 A selection of euphoric sips of kava from Lightbox Cafe. / Photograph by Stuart Goldenberg

Ever since I cut back on my alcohol consumption earlier this year, I’ve found myself more willing to try alternative, booze-free forms of unwinding: glassblowing, tap dancing, curling up with a new book. More often than not, these activities have been just as delightfully de-stressing as a tart tequila-forward margarita.

Still, there’s much to be said for the ritualistic act of ­drinking — a cup of coffee every morning, a glass of wine with dinner. But I’ve never been a coffee drinker, and sipping water all day can get boring. That’s when I’ll reach for an herbal tea or zero-proof drink — like Art in the Age’s hemp-based Pathfinder, a ginger ale mixed with one of Seedlip’s distilled non-alcoholic “spirits,” or the fig vanilla Palmer mocktail at Harper’s Garden in Rittenhouse.

When I heard that kava — a drink made from the ground roots of a plant native to the Pacific Islands that’s said to provide a hangover-free buzz — had made its way to Philly, I knew I had to try it. I opted for Lightbox Café, a cozy vegan eatery in Queen Village that’s been serving house-blended and canned kava since September. (You can sip the stuff in the ‘burbs at MagiKava in New Hope.) In the hippie-chic cafe on 4th Street, co-owner Jennifer Hombach has been brewing kava sourced from Vanuatu, an island nation in the South Pacific, for several years — her first venture was a pop-up biz called Jaya Kava — with the goal of helping people “get loose without the booze.”

I was a little hesitant. Kava has been ceremoniously, medicinally and socially sipped for centuries by Pacific Island natives, but it’s fairly new to U.S. taste buds. And if you haven’t built up a tolerance, you can experience side effects like indigestion, headache and an upset stomach, which are usually worse for people living with IBS or GI issues (ahem, me). Plus, there have been some snafus in kava’s history, mainly reports that it can wreak havoc on people’s livers. (The World Health Organization concluded in 2016 that the incidence of adverse health effects, especially those associated with liver toxicity, like acute hepatitis, is “likely to be low” with moderate consumption.)

But I pushed my paranoia aside. After all, kava is widely touted as “nature’s Xanax,” and who doesn’t need that? I ordered the traditional ceremonial kava, which looked like a thick, milky puddle in a coconut-shell bowl. I heeded the barista’s instructions to “swig it like a chaser,” but the bitter, wildly earthy flavor was still a bit of a system shock. I shoved the pineapple garnish in my mouth, downed a full glass of water, and then: magic. My tongue and gums became slightly numb, my mind relaxed, and my whole body felt totally at ease, like I’d been lulled to sleep on a cloud. This calmness carried me for hours, and I remained chill well into the evening.

Since my initial foray, I’ve opted for less aggressive-tasting kava blends, like Lightbox’s guava with honey and ginger or the blackberry-and-orange combo from kava-in-a-can company Leilo. And though drinking kava isn’t part of my weekly routine (I try to limit it to once a month, you know, just in case), I do feel less anxious and more clear-headed every time I do — proof that sometimes, surrendering to nature is, well, intoxicating.

Published as “I Tried It: Natural Zen” in the June 2022 issue of Philadelphia magazine.