You can now shop for fresh produce and locally sourced food in Riverwards’ new and beautifully historic Old City market. 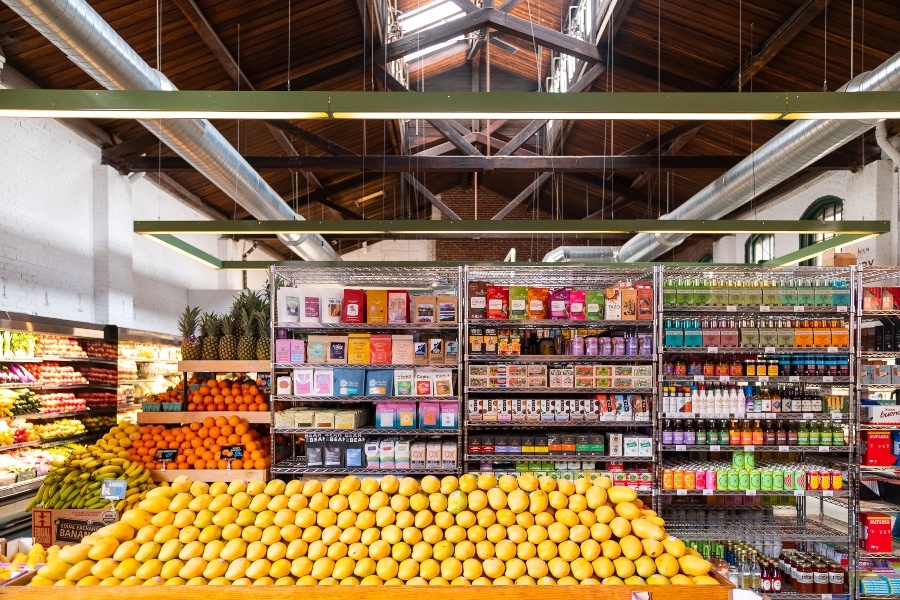 Over the past few years, there have been more and more grocery stores popping up all over the city. Plus, there’s something for everyone, from super steep discounts and in-store happy hours. And now, Riverwards Produce is adding to the city’s ever-growing food market scene with its newly opened second location in Old City. 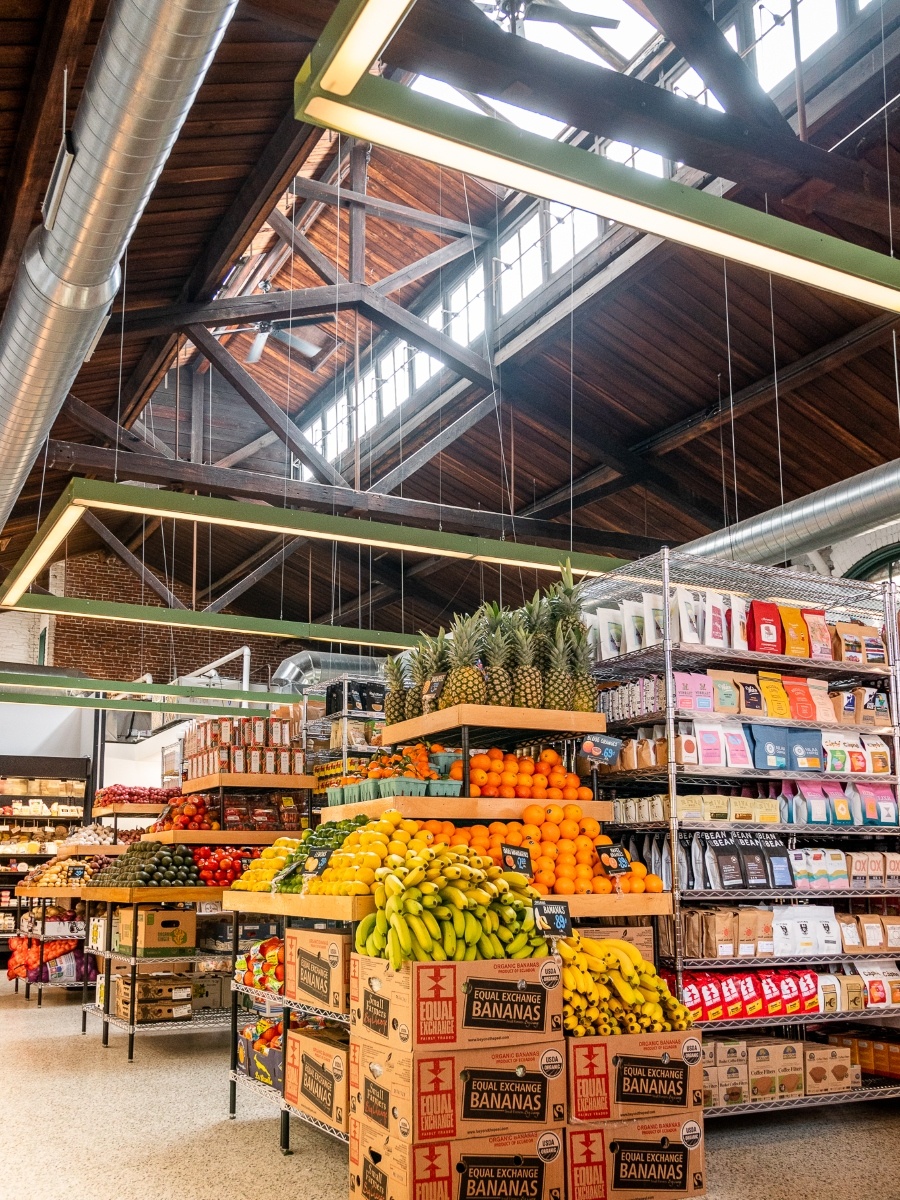 According to founder and owner Vincent Finazzo, Old City felt like the right home for Riverwards’ second location. “Old City hasn’t had a full-scale food market in over 30 years, so finding this historical building met two of the biggest requirements: there was an available space to restore and there was a clear need in the neighborhood,” he says.

Riverwards launched in 2015 as a wholesale supplier to local restaurants, and proceeded to grow a year later as a pop-up shop in Fishtown (which, of course, led to the brick-and-mortar). Since then, Finazzo has been focused on sustainability as it relates to the buildings themselves. Both locations are historical: the Fishtown market is situated in one of Philly’s first firehouses, while the Old City space dates back to the early 1900s. (Cue vaulted ceilings, exposed industrial beams, and brick walls nestled on a cobblestoned street). Refurbing rather than demoing and rebuilding is Finazzo’s way of demonstrating adaptive reuse, saying that it’s his goal to “do the building justice as we elevate the space by cherishing what’s there.” 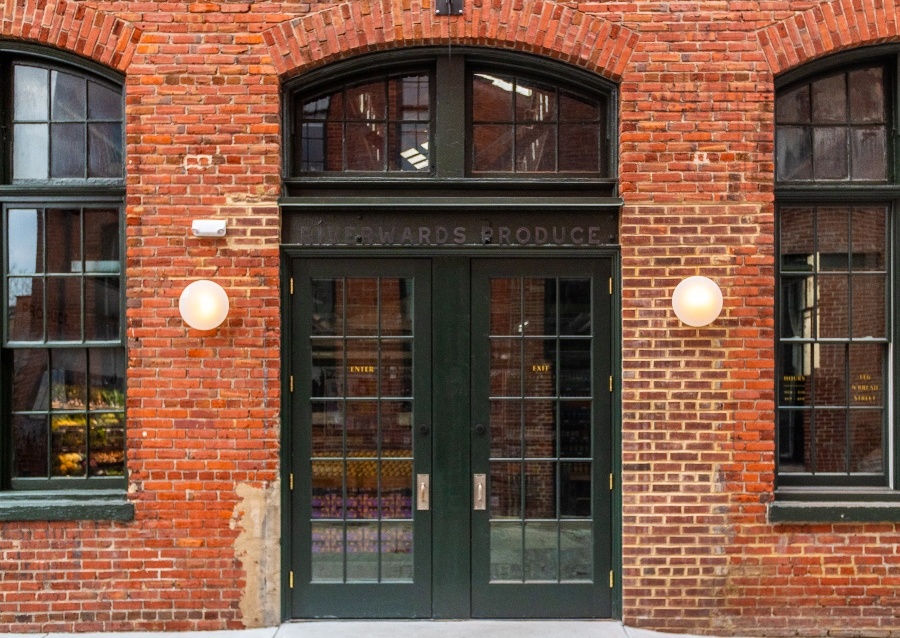 He, along with local builders/designers Michael and Lena Parcell, worked with the Historical Society of Philadelphia to maintain and preserve the integrity of the space, restoring the historically certified facade, as well as the windows, doors, and original color palette. Additionally, the much of the store is made from or uses recycled materials, including the terrazzo floors. 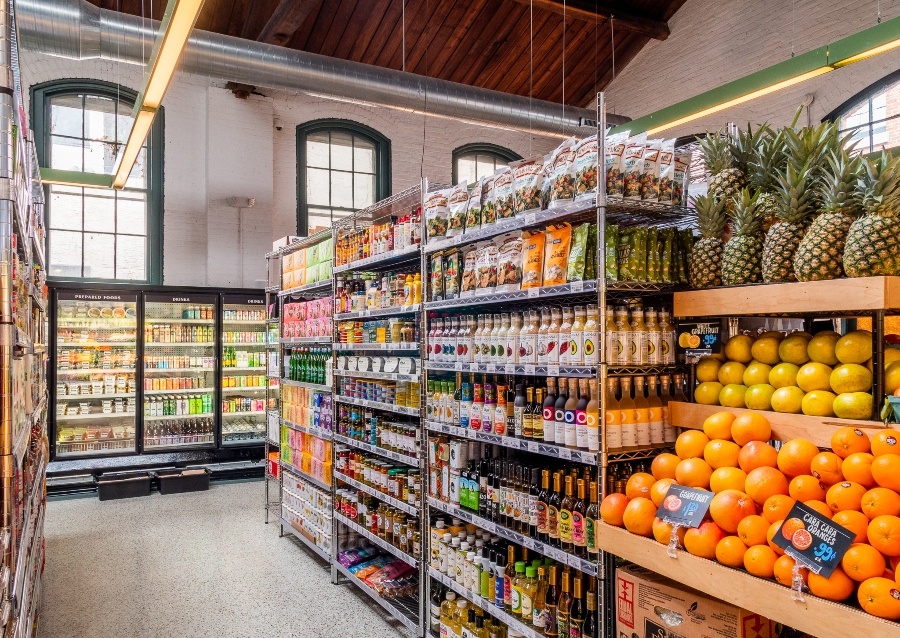 Sustainability also comes through in Riverwards’ composting program. Finazzo says that unsold food works its way into the company’s culinary program for soups, salads, and sandwiches, and produce is often donated to local organizations focused on food insecurity. 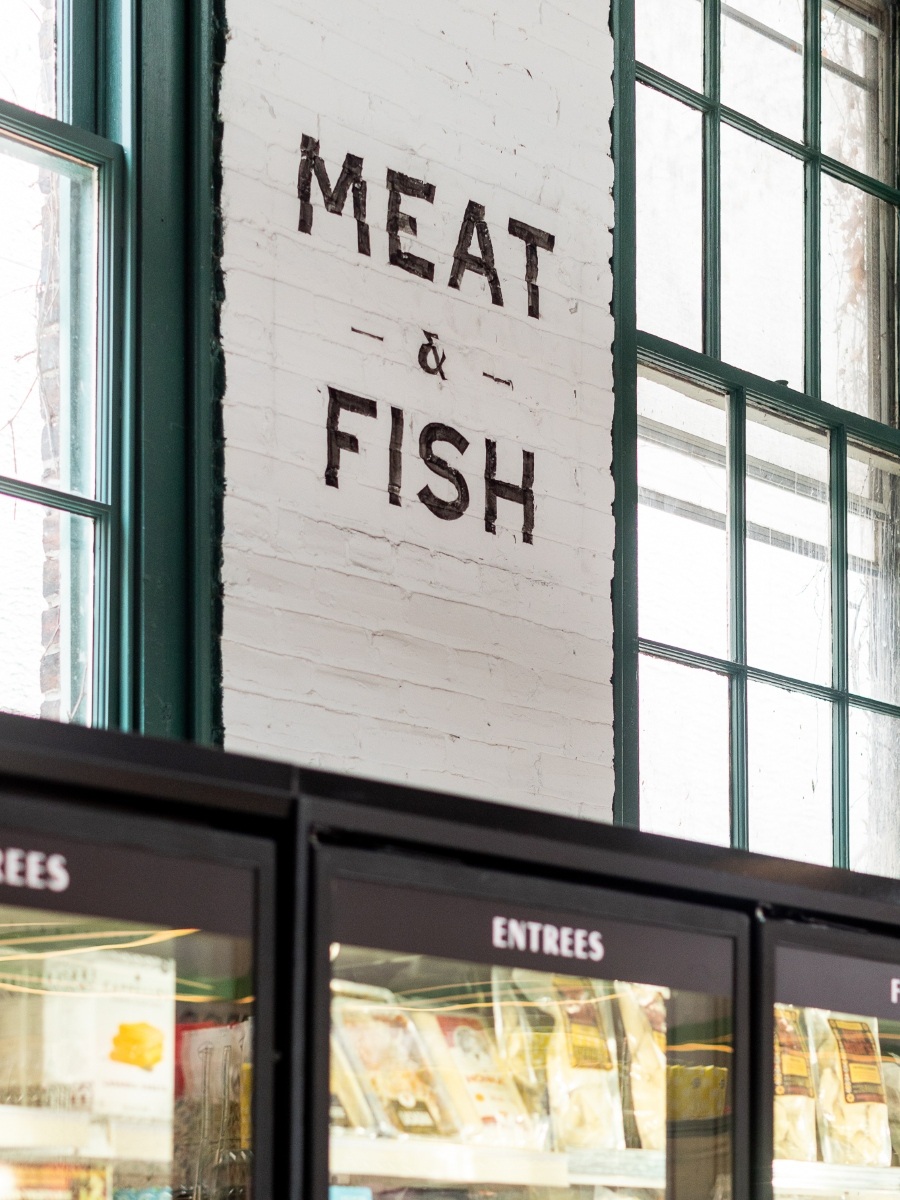 In opening a second location, Finazzo says that he hopes to increase access to fresh food and wholesome ingredients for Old City residents and surrounding communities. “[Food] markets historically are gathering places — you meet your neighbors here, and share ideas and recipes,” he says. “By nature, a grocery store becomes a hub for the neighborhood. This is what we created in Fishtown and I hope for the same here in Old City.”

Riverwards Produce’s newly opened second store is located at 146 North Bread Street in Old City. The market will be open from 9 a.m. to 8 p.m. seven days per week.