How Philly Fitness Studios Are Pivoting in the Wake of Coronavirus

From streaming online classes to delivering stationary bikes to clients’ homes, here’s how some fitness studios are continuing to train clients during quarantine. 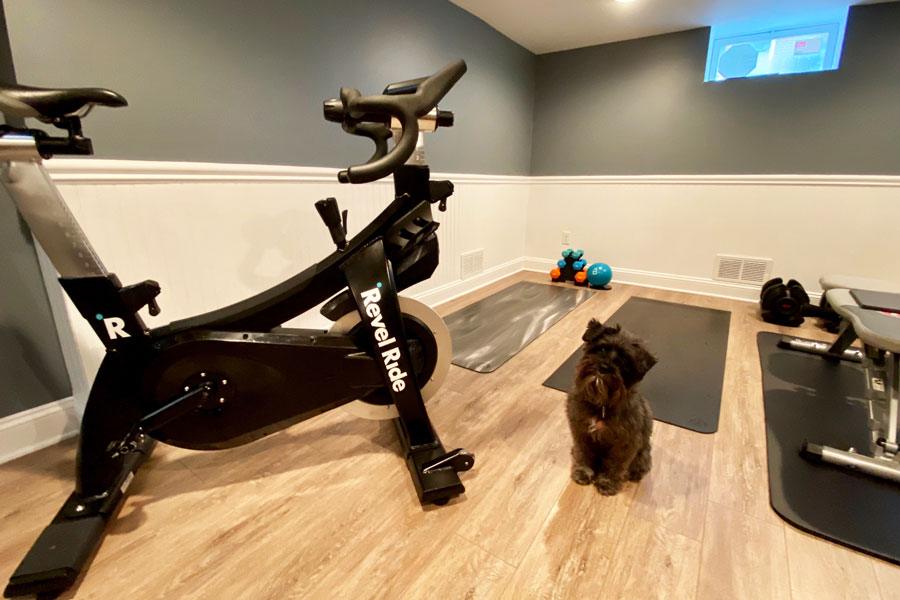 In times of great upheaval, we tend to have two options: adapt, or give up. In the wake of a coronavirus outbreak that’s caused every fitness studio in the city to temporarily close its doors, many local gyms are choosing the former option — even if that means launching their services on platforms they’ve never used before.

While online fitness is by no means a new concept, it is to many of our neighborhood studios, which gain a sustainable member following thanks to the in-person experiences and relationships they foster. Boutique fitness isn’t successful because it has a monopoly on exercise — it’s successful because it makes sweating feel fun, and maybe more importantly, communal. (Let’s face it: Sitting on a stationary bike alone in your basement, staring at the wall, has nothing on your favorite spin class.)

But as word came out that Americans needed to practice more social distancing, and then as all non-essential businesses were ordered to temporarily close, Philadelphia studios rapidly pivoted to online classes, scrambling to get their instructors teaching first on places like Instagram Live — an option that requires little to no setup — then on other streaming platforms with more-official pre-registering.

While the initial response for many studios was to launch free online classes as quickly as possible, some owners have found ways to turn the online model into a more sustainable revenue source. After all, just because it’s online, doesn’t mean it should be free — and studio owners and instructors need to make money, just like the rest of us.

Joanna Da Sylva, who co-owns Teranga Yoga in Queen Village with her husband John, says the transition has been tricky for their small business as neither of them are particularly tech savvy. Nevertheless, over the span of a few days, they were able to get their classes up on Zoom. They initially asked for participants who were able to pay for the classes to do so via Venmo donations.

“We decided to cancel monthly memberships, because we’re a hot yoga studio and some people may need the cash and money,” says Da Sylva. “But the fault with that is we still have to pay rent. And it’s hard because with our teachers, we know they still need to make money.”

Yet Da Sylva says she was surprised by the generosity of people who donated via Venmo — most giving between $5 and $20 for a class. Additionally, moving the classes online allowed their Philly-based studio to attract former students around the globe — from New York to Belgium to Senegal. One week of streaming down, Teranga has moved to a pre-registration system on MindBody, where a drop-in class is $10, and a one-week unlimited membership is $25. The goal, Da Sylva says, is that Teranga still be able to pay the rent and support their instructors (who are paid for any classes they teach), while supporting their community, who needs access to self-care practices like yoga more than ever right now.

At a time when major national fitness chains are closing their doors and laying off the majority of their workforce, it can seem particularly scary for the mom-and-pop studios. But being small — and not having to get permission from some executive in New York to make a major change — also makes these studios nimble in times of crisis.

According to founder Gavin McKay, Unite Fitness, which has two locations in Center City, hasn’t had to lay off their instructors, thanks to the fact that many of their members have chosen not to cancel or pause their memberships.

“We have a big base of monthly reoccurring members — it’s always been a big focus for us instead of packages, and now it’s coming in handy,” says McKay. “A lot of those people have salaried jobs so currently a lot of them aren’t necessarily being impacted, so we’re trying to keep providing services so they keep their membership and we can keep the whole cycle going.”

To keep clients happy, Unite initially launched at-home workouts, which they emailed out with a link to an instructor-made Spotify playlist. According to McKay, their members seemed grateful just to have “the feeling of connection, to see their favorite coaches up there leading a workout.” On Monday, Unite launched a full live-streaming class program, available for members to book via their accounts. On the first day alone, Unite had 325 reservations for their classes.

Of course, not all fitness studios can translate so smoothly to an online-only format — particular those that rely on large pieces of equipment or machines. For Jamie Promislo, owner and founder of South Street spin studio Revel Ride, finding a way to continue to support their clients during quarantine was a top priority. But given that they only teach spin — and Promislo had no intention of having spin instructors guide people through workouts outside of their speciality — it didn’t make sense for Revel Ride to live-stream bodyweight workouts.

The studio couldn’t afford to do nothing, however. While Promislo doesn’t hire full-time instructors — meaning, all of her coaches have outside sources of income — it’d be disastrous if all their best clients moved onto other studios who were able to stream workouts. Promislo worried that clients would forget about Revel Ride.

But then Promislo had an idea: What if they gave clients the option to take home one of their spin bikes? Between the bikes in the studio and the ones they had in storage from their Avalon pop-up studio last summer, Revel Ride had a fleet of around 60. On Friday, March 20th, Promislo decided to post something on social media, just to gauge interest. Within 13 minutes, 50 people said they were in. But Saturday night — after a combination of members stopping by to pick up bikes and the studio dropping them off at homes via Uhaul — 56 bikes had been taken in.

Promislo rented out the bikes for $250 a month — a membership which includes two pairs of spin shoes and full access to live-streamed and a library of saved spin classes. Additionally, Revel Ride sold some streaming-only memberships to those who have their own bikes at home. Altogether, it should be enough income to help the small studio weather the storm. More importantly to Promislo, though, it demonstrates how they’ll get creative to meet the needs of clients.

Just about every fitness professional in the city has had to “get creative” right now, quickly transforming their way of doing business. But Da Sylva is hopeful that once the stay-at-home orders and business closure mandates are lifted, people will have a new appreciation for Philly’s small businesses — and how much we, as a city, rely on them.