But everyone can enjoy Unity Yoga's alcohol-free, trauma-informed space. 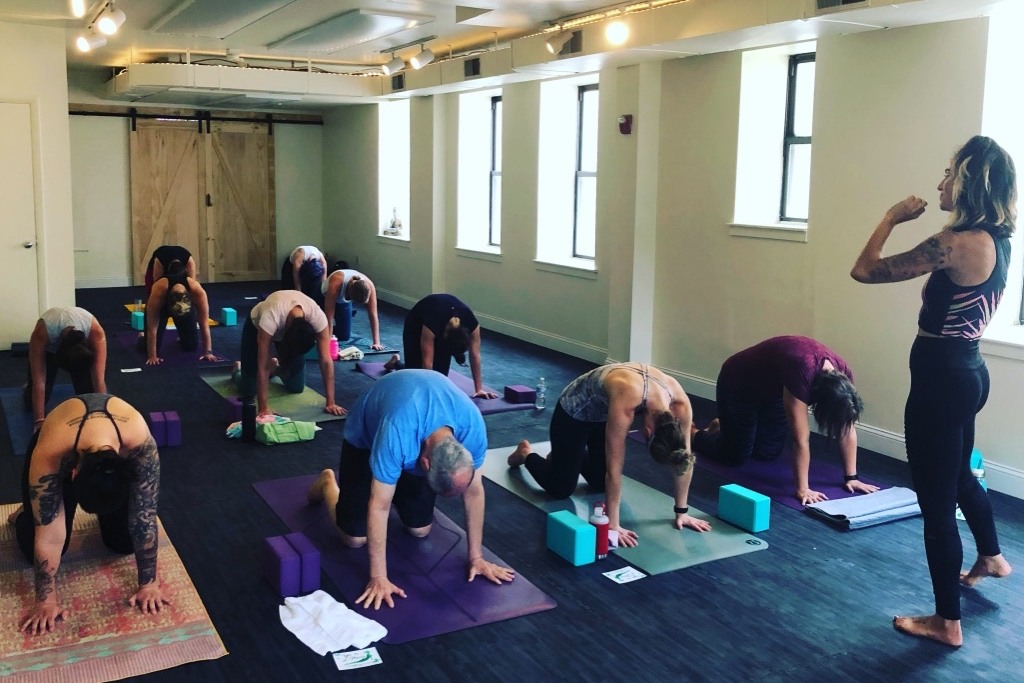 Robert and Arielle Ashford’s meet cute had more tinges of Washington, D.C., than Philly. The couple literally met at the White House, where Arielle was speaking at an advocacy event that Robert was attending as part of his nonprofit work. But, as Robert says, “We’ve made Philly our home in recovery.”

Both Ashfords are in recovery. Robert’s substance use primarily involved cocaine and alcohol while Arielle’s drugs of choice were opioids and heroin. Although they may have turned to different substances, their recovery journeys have looked quite similar: Each started out in a 12-step program but ended up relying more on therapy (Robert has a master’s in social work from Penn, and Arielle has one from the University of Utah) and yoga to stay sober and grounded.

What also helped was the social support they received from recovery community organizations, which provide services such as peer-led support groups and job readiness training and host events that are free of alcohol and other drugs. A few years ago, Robert and Arielle began to wonder if they could create a recovery hub that combined these offerings with yoga classes — bringing two methods of assistance under one roof. “We wanted to create a studio and wellness center that focused on the things we love about recovery and yoga and bring it to the community, especially in Philly, where thousands of people need long-term support dealing with opioids and overdoses,” Robert says. “We started to think about what does that look like in a really meaningful way.”

On August 12th, the Ashfords translated that dream into reality, softly opening Unity Yoga at 4363 Main Street in Manayunk. The hot vinyasa studio provides a full slate of classes, ranging from your typical 75-minute infrared sweatfest to restorative and pre- and post-natal.

A unique session pops up on the schedule on Fridays at 5:45 p.m. — a class designed by Transformation Yoga Project, a local nonprofit that runs programs for those affected by trauma, addiction, or imprisonment. The yogis practice in a circle instead of lined up in rows. There’s no music or hands-on assists, and instructors use layman’s language to dictate poses instead of Sanskrit. The idea? To create an accessible environment similar to a meeting, except you’re not talking about recovery. You’re simply learning how to be comfortable with yourself one hour at a time.

Unity Yoga will host actual meetings and workshops as well, with trained staff who are in recovery themselves leading the gatherings. “Somebody can come for a yoga practice and stay to talk about safe housing or work on their resume to get a new job or figure out how to overcome legal consequences,” Robert says. “It’s marrying physical health and mindfulness with traditional recovery support.”

Expect trauma-informed, substance-free events, including a day of intention-setting and journaling exercises as well as a 2000s-pop-themed yoga class, at Unity Yoga, too. And yes, Robert says, these are open to everyone, not just those in recovery. “If your focus is on being as well as you possibly can,” he says, “whether you’re sober curious or just sober, this is a space for you.”

All classes —minus your first one, which is always free — on Unity’s limited schedule will be $5 until August 31st. That day, Unity will host its grand opening, timed to coincide with International Overdose Awareness Day, and expand its offerings to about 36 classes per week.

Unity Yoga is now open at 4363 Main Street in Manayunk.