If you think that doing downward dog with a simian or cobra with an animal more commonly associated with rabies sounds like fun, we've got the event for you! 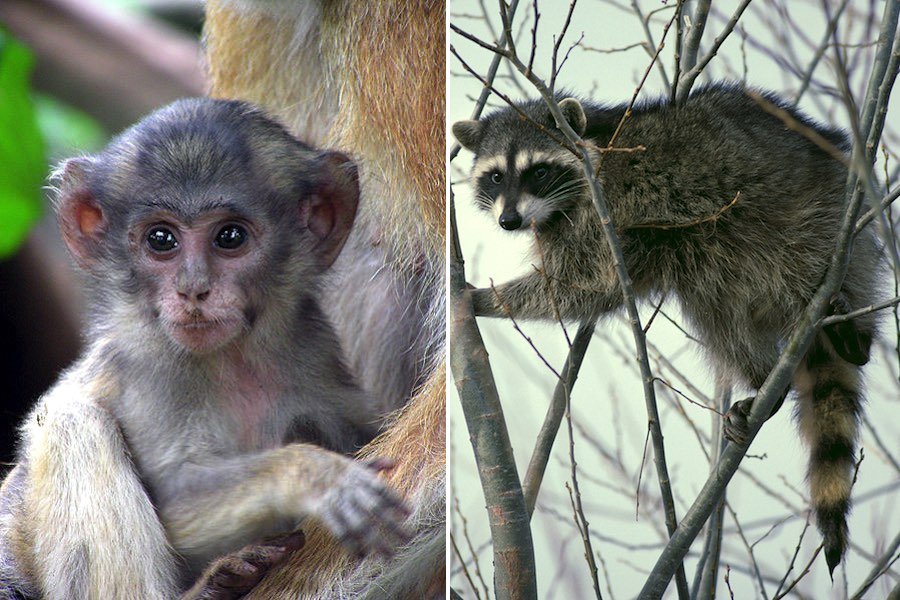 Images of a monkey and raccoon in the wild, where they are supposed to be. But thanks to a South Philly animal yoga event, you’ll be able to do monkey yoga and raccoon yoga. Photographs via Wikimedia Commons

I’m not sure when we got our first press release about animal yoga. It was probably puppy yoga, and we all ooh’d and ah’d over the idea. How cute! Then came goat yoga. Then there was the pig yoga. At some point, I’m pretty sure I made a joke in the office to the effect of, What’s next? Monkey yoga?

Alas, yes. Monkey yoga is exactly what’s next in the animal yoga kingdom.

But not just monkey yoga.

Yes, that’s right: yoga with an animal most commonly associated with rabies. Which makes me feel like we finally need to be honest about what animal yoga is.

Animal yoga is, at the end of the day, a pure Instagram play. No, you are not going to find your true inner self or achieve Total Enlightenment by doing yoga with a monkey or a raccoon. But you’ll get lots of likes on IG.

I can just see all of Philly’s “influencers” signing up for this ridiculous animal yoga event now, not in the hopes that they will clear their chakras but, instead, to satisfy that most base 21st century desire: more followers.

And once you get past all the cute selfies you’ll take with the monkey, the raccoon, and the lizard, racking up social media clout along the way, you realize what else animal yoga really is: pretty disgusting.

These are, after all, animals. And what do animals do? They pee. They poop. Their breath can smell really, really bad. Somebody needs to explain to me how the prospect of getting peed on by a simian is in any way relaxing and transformative.

If this all sounds like your happy place, tickets are $38. And I bet they’re going fast.