Montco Is Getting a Fancy New Indoor Rock Climbing Gym 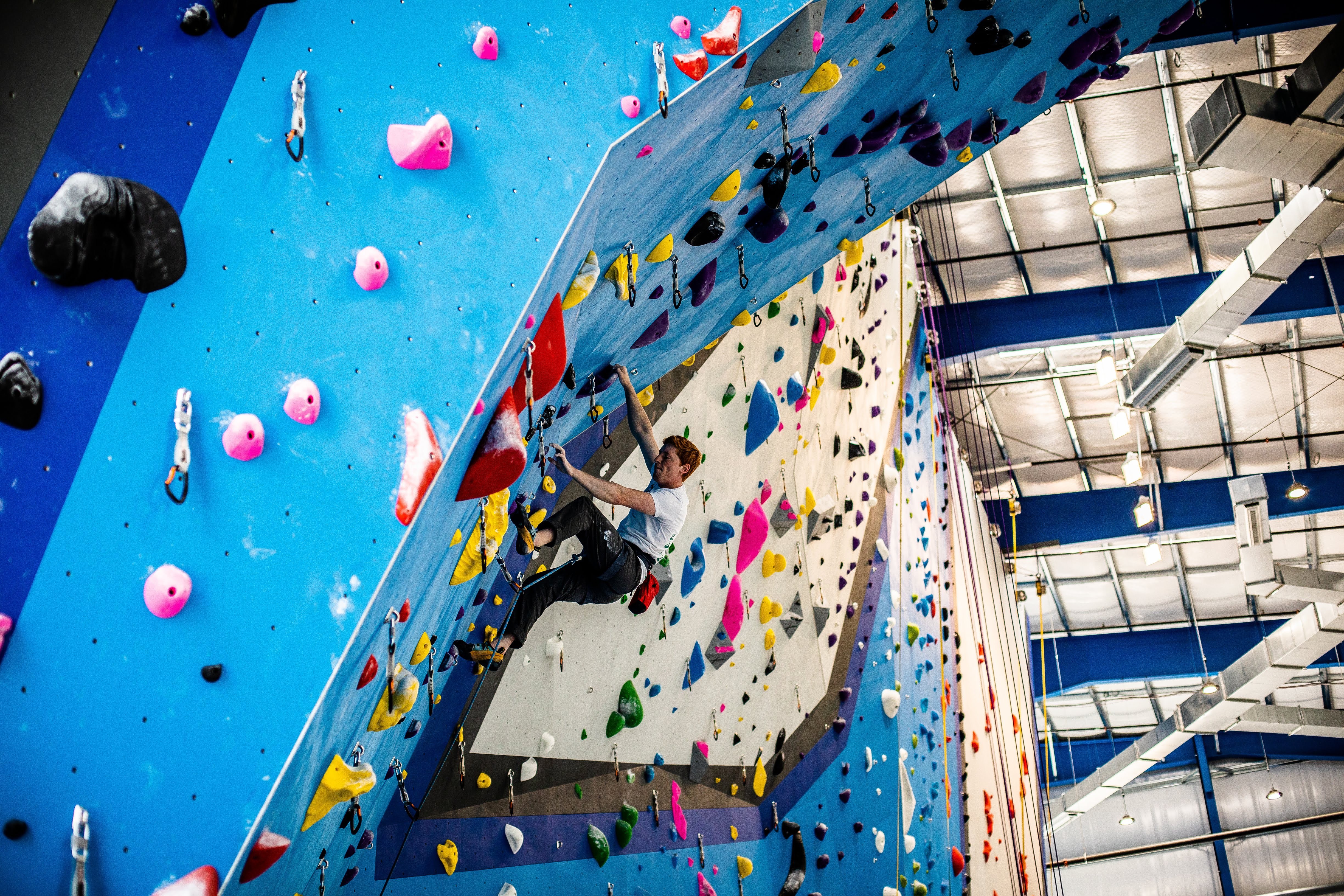 Before having a moment was an overused term, rock climbing had moments. Certain decades, in fact, when the holds seemed to align just so, and the sport traversed bounds in a few short years.

The ’70s, for instance, when the Stonemasters — a group of young pioneers, including Dean Fidelman, Lynn Hill, and Jim Bridwell — started achieving insane ascents and cultivating a dirtbag ethos in Yosemite National Park. As Luke Zaleski quipped in GQ in 2016, “They weren’t the first men [or ahem, women, as Hill was one of these OG rock stars] to climb mountains. They were just the first to make it look this damn cool.”  Or the ’80s, when rock climbing shoes with grippy soles were invented and sport climbing, during which you generally clip into bolts on the rock, became more popular.

And now, we’d venture to say, the 2010s, when bouldering (a form of ropeless climbing) found its foothold among mainstream society, and indoor climbing gyms opened in droves. In 2018, “the most [commercial climbing] gyms opened in a single year,” according to the Climbing Business Journal, which has been tracking the opening of rock climbing gyms since 2009. And these indoor climbing meccas aren’t just on the Pacific Coast and in the Rocky Mountain West, where the sport’s been widespread for longer. At this point, they’re virtually everywhere.

That includes the Philly area. The Gravity Vault opened on the Main Line in 2017 and has locations planned for Lehigh Valley and the city proper. Philadelphia Rock Gyms, around since 1994, opened its latest location in Fishtown in December. Tufas Boulder Lounge, a bouldering-only rock climbing gym, was established in Kensington in July.

And Reach Climbing & Fitness will take the indoor climbing trend to new ascents in the region when the gym officially opens at 401 East 4th Street in Bridgeport on June 1st. (For the past month, Reach has done a soft opening, during which those who have already signed up for memberships — the standard adult monthly rate is $85 — can explore the space.)

At 22,000 square feet and two floors (one for bouldering, the other for top rope and lead climbing), Reach is gargantuan — its 55-plus-foot walls soar so high you have to crane your neck to see the ceiling. And the team, led by Bala Cynwyd real estate developer and longtime climber Michael Feinberg, makes full use of its massive space. 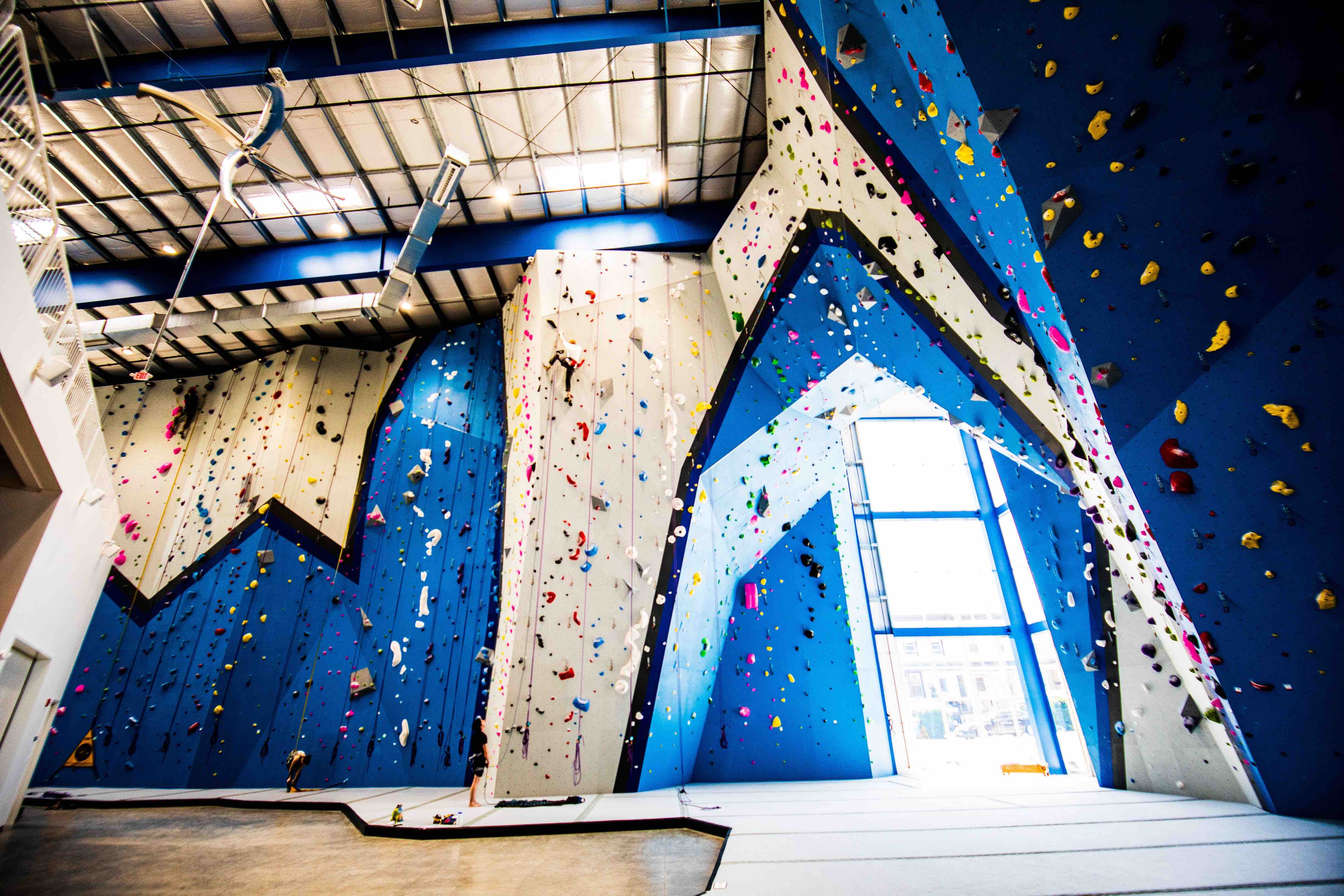 There’s a small area with shorter walls for birthday parties and team-building exercises. A corner zone with simulated cracks where you can practice trad climbing, a discipline typically done outdoors that involves placing equipment in real cracks in the rock. A weight training and cardio room with a ton of dumbbells, a few treadmills, a squat rack, and some other basic equipment. A yoga room, where Krav Maga and vinyasa classes are taught. A training room with finger boards (to literally build up your finger strength) and Tension and Moon boards for bouldering practice.

These boards, with identical configurations of hand and footholds, exist at plenty of climbing gyms throughout the world. You connect to them digitally with apps that let you choose a “problem” (bouldering speak for a route) on the board, and LEDs light up below the holds you’re supposed to try to reach. It’s WILD.

That’s all before you get to the actual climbing and its nifty features. Many of the top rope routes are equipped with auto belays, so you don’t have to bring a friend to help you down the wall (or protect you from falls). There’s inches of thick padding under the bouldering area, removing the need for the mats you usually tote along to fall on. 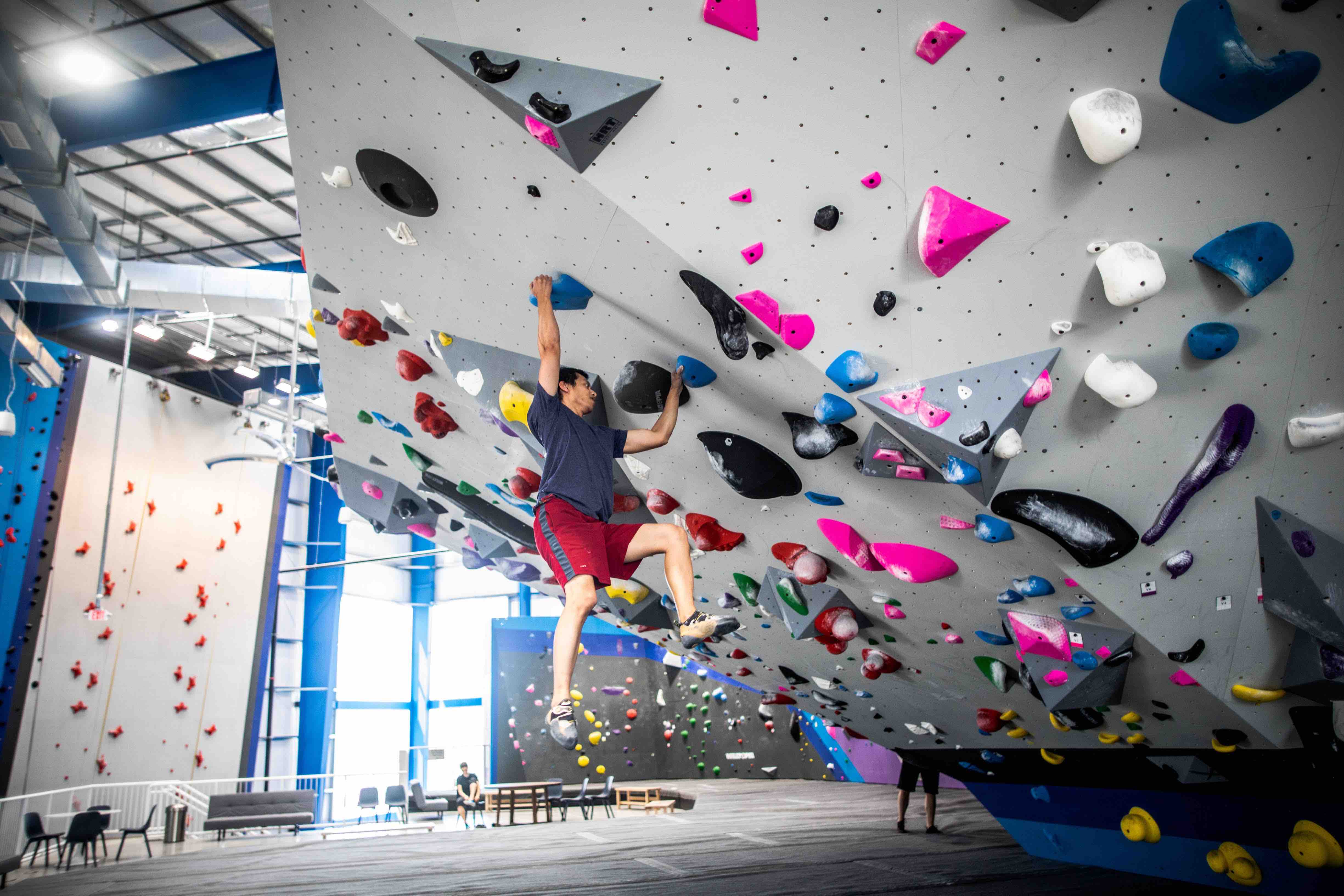 The bouldering area at Reach. / Photograph by Maplewood Pictures

The regulation 15-meter speed climbing wall, made for contests in which all climbers try to get to the top of the same route as quickly as they can, is the only one in the region. This gives Reach the upper hand when it comes to hosting events; in fact, from July 11th to 14th, the gym will host the Sport & Speed Youth National Championship. “We know that competition climbing is the future,” Feinberg says. “Speed climbing is gaining popularity, especially because of the Olympics, so it’s something we didn’t want to leave out.”

He’s referring to the fact that rock climbing will be featured at the Olympics for the first time in 2020, in Tokyo. It made it in only because of a rule change that lets the host city add sports that are popular on its home turf. We’d call that a decade-ending moment for sure.