Washington Square West Is Getting a New Barre and Yoga Studio

Tuck Barre & Yoga is opening its third location this summer. 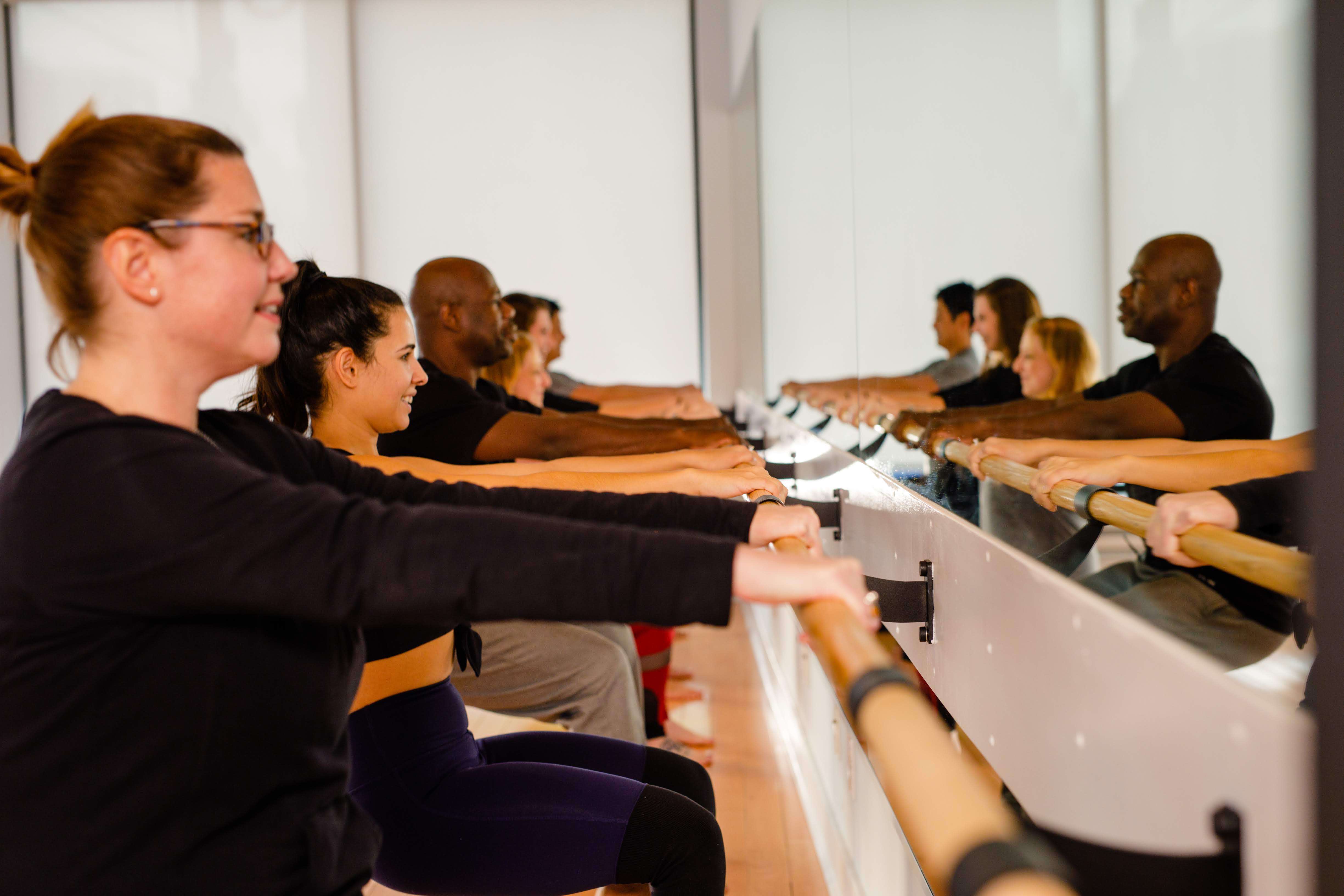 There are two types of fitness studio owners in the world. One is the entrepreneur who opens a sole location and doesn’t establish another for a while — or ever. The other takes the opposite approach, launching multiple studios within several years. (We’re not here to tell you which strategy is better, just observin’.)

Callie and Hagana Kim fall into the latter camp. The pair established the first Tuck Barre & Yoga in Point Breeze in March 2017. By April 2018, they’d opened their second location, in University City. And this summer, Philly will get its third Tuck, at 518 South 7th Street in Washington Square West. “It was a lot faster than I expected,” Callie says. “We didn’t think we would find a space that was pretty much done, but we did.”

The new studio, which boasts tall ceilings and big windows, will be 1,300 square feet, with 100 feet of wall space for ballet barres. Callie says this is sizeable; the University City location has about 60 feet worth. It will offer 30 classes a week — about four to five classes a day — to start, including Tuck’s signature 45-minute express barre class, barrelates (bet you can guess what that is), and several types of yoga.

Memberships and class packs will be slightly less expensive than at the University City location and slightly more than in Point Breeze, a difference that’s based mostly on rent prices, Callie says. The new student monthly special will remain $69, but a monthly membership will be $109; three months will be $299; a five-class pack will be $75, and a 10-class pack will be $140.

All of Tuck’s current instructors will teach at the Wash West location as well, but one, Ann Thornton, is taking on a more active role, so the Kims aren’t more maxed out than they already are. Callie partly credits their teachers as a reason why the studio’s been able to grow so quickly. “What we recognized early on is we could be really successful if we had good people, reliable people that we knew could carry the energy and vibe and community we created,” she says. “That’s our biggest thing. We want to be welcoming, accommodating, and happy — but not fake happy. Sometimes we walk in and are having bad days, but we feel better when we leave.”

It also helps that both Callie and Hagana have MBAs and law degrees, so they’ve been able to negotiate for spaces on their own, form entities without consulting outside legal help, and make some savvy decisions about when and how to spend their money. And because they’re still practicing lawyers, they had the funds to get the business off the ground — and, now, to continue growing.