Bryant Reams uses his diverse musical background to create killer playlists for his popular SoulCycle classes. Now he's made Be Well one, too. 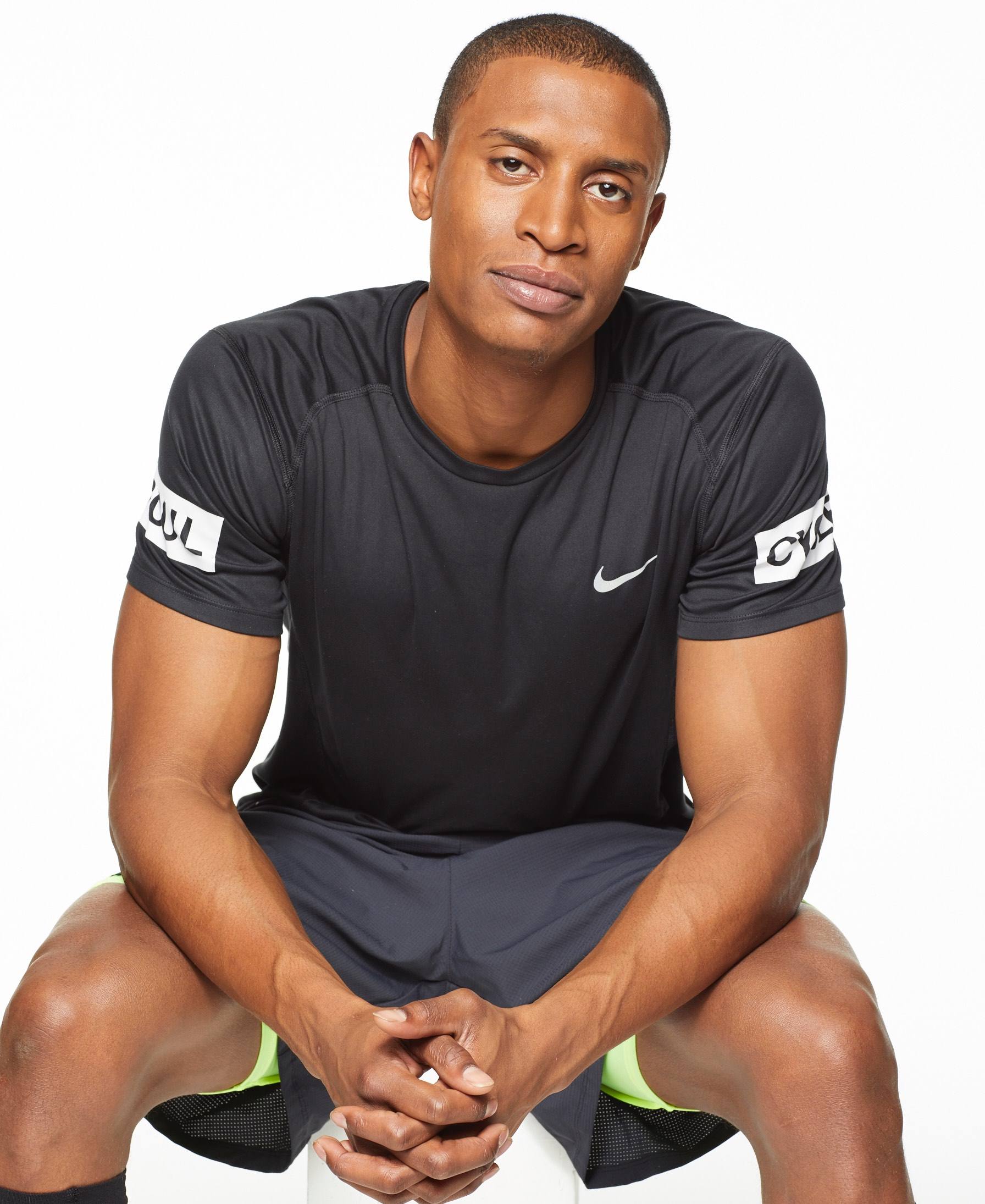 Like so many kids, Bryant Reams picked up a musical instrument because his mother suggested it (read: required it). For the next decade, he practiced an hour a day or made up that time if he skipped a day. By his junior year of high school, he became first chair in the youth symphony in Memphis, Tennessee, where he lived.

But, like so many kids, Reams secretly hated the violin. Sure, now he appreciates knowing music theory. But having to perform Bach when his friends were running around outside put a damper on his childhood. He was much happier when he started playing basketball, especially once he “had a growth spurt and lost his short man skills but ended up getting good.” Good enough to make the basketball team at Lehigh University — until a knee injury sidelined his playing career.

Then came Reams’ pivot to weightlifting and, quickly after, DJing, when he wanted to learn to make his own workout mixes. He ended up traveling the East Coast to play shows — and coming full circle, as they say. “EDM is pretty much derived from classical,” Reams says. “That’s why I understand it. You have builds, you have drops, you have crescendos. It’s all the same stuff.

It’s difficult to pull off a career as a DJ, though, and Reams settled for making music his hobby, taking a job as a consultant for Booz Allen Hamilton in the Washington, D.C., region. That’s where he discovered SoulCycle, which turned out to be a combination of all his favorite things. An instructor was immediately born. “All my skills intermingle now,” Reams says. “I’m basically just a DJ putting together playlists and moving to the beat. It was one of those stars aligning situations.”

Reams now teaches 15 to 20 classes per week at the Rittenhouse Square and Ardmore locations of the OG boutique spinning studio and, of course, is known for his hip-hop and dance music playlists. “How I structure my playlists is based in science but developed as an art,” he says. “You want to start off slow before you get into the meat of the class. In the middle I want you to go hard, heart rate pumping, out of breath, and then I want you to grind it out with a lot of resistance, so I throw some heavy stuff.”

Now Reams isn’t giving away all his secrets. But we did convince him to make an exclusive Be Well Philly workout playlist and annotate it, so you can get a glimpse into the mind of the violinist turned DJ/basketball player turned SoulCycle Instructor.

“This track is apparently not as known as I thought it might be, but I think it’s one of the best songs on that album. People are always like, ‘Oh my gosh, this is great.’ It’s something a reader might not have heard necessarily, but they’re like, ‘OK, OK.’”

“I’m sure you’ve heard this, by Jay Z and Beyoncé. It’s jumping.”

“I juice up the energy in the middle portion of the class, and this Calvin Harris song is a straight energy dance music type of song.”

“I like doing choreography when it gets a little wild and crazy, and with Kanye, it’s like the party’s on.”

“There’s a point where we’re going kind of fast or I’m really trying to work you and get your heart rate going, but then I want you to slow down. If you know anything about HIIT training, that change in pace is really what causes you to burn fat. As you get into ‘Millidelphia,’ we’re starting to do that process.”

“Right, then I go into a Jay-Z song that slows you down. This is where you would add a lot of resistance and dig into your muscles.”

“Then I let you flush that out with a fast song.”

“We’ve got another kind of EDM song but very fast. This would be what we call the ‘party zone’ at Soul, when we might tap it back.”

“The rest of the songs are what we call the journey home. We do an arm series and a step back reflection moment — that’s what ‘Better Now’ is for.”

“I like to do this thing at the end — it depends on how I’m feeling — where you want to use up the rest of your energy but at the same time you’re not trying to die. That’s that ‘Cold Skin’ song you see at the very end.”