The plant-based restaurant week returns for a second installment April 28th through May 4th, with even more dishes to love. 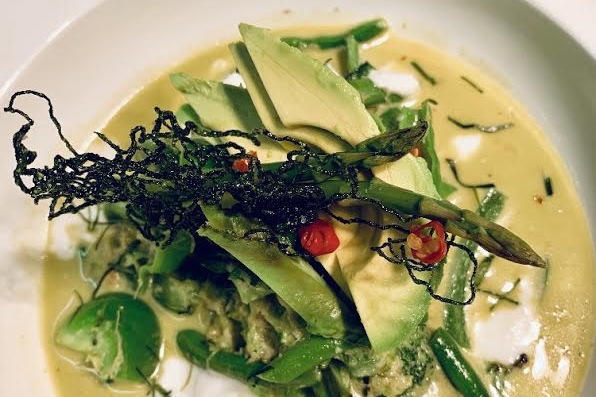 My favorite week of the year isn’t the one between Christmas and New Year’s. It’s not my birthday week or the first week of baseball season (although these are all wonderful times). It’s Restaurant Week.

Chefs may very much disagree, but the idea of making elegant food accessible to those who can’t afford to spend $50 on a steak still appeals to me decades after most restaurant weeks have become saturated and trite.

Philly Vegan Restaurant Week taps into that share-the-wealth ethos in a slightly different way. It still revolves around exposing a new population of diners to food they wouldn’t typically eat, but it’s less about removing the price barrier and more about removing the blinders that keep so many people from seeking out vegan cuisine. “There’s an incredible diversity of vegan food that’s available right now, and the restaurants are good at experimenting with that,” says Nicole Koedyker, an organizer for Philly Vegan Restaurant Week. “They’re pulling in people who wouldn’t usually try vegan food. A good example was, last year, Second District Brewing offering a vegan brisket platter that could draw in the meat eaters and the vegans or both. It’s a new market for them.”

These interesting crossovers make us that much more excited that Philly Vegan Restaurant Week is expanding to two weeks this year. With the first one, from April 28th to May 4th, coming up soon, we decided to take a look at the restaurants’ featured menus — and highlight the dishes we can’t wait to dig into.

The last time Philly Vegan Restaurant Week was held, in September, this street-food-style Thai restaurant in Midtown Village wasn’t even open. Yet Bangkok-born chef Chatayee Venus Kapugthong has already attracted attention from the vegan crowd, thanks to her separate vegan lunch and dinner menus and an extensive selection of plant-based desserts. Some of her Philly Vegan Restaurant Week options draw on these already honed items, including the root vegetable and glass noodle “autumn rolls” and kaow naew purg, a warm black rice pudding, but we’re curious about some of the dishes that haven’t yet graced her regular menu (think: tofu with two kinds of mushrooms, dry Asian lily flower, and steamed vegetables in bean paste).

Philly mag food critic Jason Sheehan has had a roller coaster of opinions when it comes to Rittenhouse’s Suga, helmed by renowned Chinese chef Susanna Foo. First he thought the fusion cuisine coming out of Suga was “dated” and “incomplete.” Nearly a year later, he changed his mind and went with “bold” and “risky.” Almost two more years have passed since, and Suga is again evolving; at the end of March, Foo launched a three-course vegan tasting menu with such intriguing items as a tofu tower layered with zucchini, tomato, and Chinese eggplant. Initially, Suga was going to get rid of these vegan dishes after Philly Vegan Restaurant Week, but they’ve been so popular that Suga’s now going to offer the menu year-round. As of now, though, we still don’t know *which* items off the vegan menu are going to be part of the Philly Vegan Restaurant Week prix-fixe menu (it hasn’t been posted yet), and we’re eager to see what Foo uses as a teaser to entice potential new diners.

This Old City bar, known for its Cajun and Creole food, has a very different aesthetic from our first two picks. But that’s the beauty of Philly Vegan Restaurant Week: It’s not only high-class tofu. And it’ll be difficult to choose just one from Khyber Pass’ à la carte vegan options: smoked eggplant bisque with spiced almonds, pimento cheese grit fritters with jalapeño tomato jam, a tofu catfish po’boy, Creole “chicken” and “sausage” jambalaya, and a wild mushroom pot pie (plus a praline brownie à la mode if you’re interested in dessert).

If you’re measuring getting your money’s worth by how full you are after you’ve finished your meal, we’d nominate this Queen Village gastropub’s $45 prix fixe menu for the blue ribbon. The first course isn’t a salad or an app as you might expect but a falafel pita sandwich; the second is fried rice with tofu and tempeh (another meal by itself); the third is a BBQ pastrami sandwich with seitan instead of pastrami (how much protein can we eat?!), and the last is a banana cream pie. We’ll see if the chefs can pull all these wide-ranging dishes off well, but if they do, we promise you’ll be as happy as you are satiated.

If you’ve eaten the Magic Mushrooms — roasted maitake and blue corn grits with hints of maple and hot sauce — at Martha, you know the Kensington bar does vegetables well. Its $25 prix fixe menu is about the same price as buying a soup, a hoagie, and a dessert normally, but it features off-menu items that you can only try during Philly Vegan Restaurant Week. And they all make us want to lie down in a garden and snack on the surrounding produce — cream of asparagus soup with miso, a spring greens and radish hoagie with leeks and horseradish, and a rhubarb gelée and strawberry mousse with steel-cut granola and ginger. YUM.