The 2018 turnout was so high that organizers are hosting two events this year. 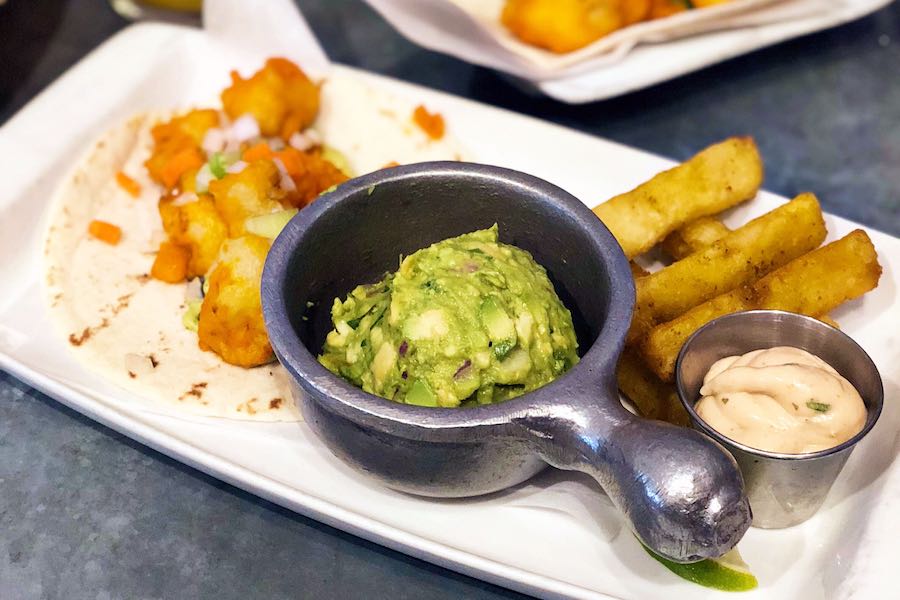 Philly Vegan Restaurant Week is expanding from one event to two in 2019. Bar Bombón (pictured dish) was one of the many restaurants that participated last year. / Photograph by Caroline Cunningham.

For a city that loves its questionable meat covered with gooey cheese, Philly is having a serious vegan moment. HipCityVeg is one of the city’s go-to lunch spots. Namaste Nourish has made waves with its plant-based pop-ups and “Sunday Gravy” dinner. In July, Honest Tom’s started transitioning to a menu entirely free of animal products. This past September, the first Philly Vegan Restaurant Week debuted. Etc., etc.

In that light, Philly Vegan Restaurant Week hopes to expand from 2018’s 30-plus mostly or fully vegan restaurants to more diverse ones that are simply interested in offering a vegan option. We’ll find out more details next week when Philly Vegan Restaurant Week releases the participating restaurants on a rolling basis, but it’s likely that last year’s standbys — including the renamed Honest Tom’s Plant Based Taco Shop, Tattooed Mom, Second District Brewing, and Saint Benjamin Brewing Company — will be involved again. Koedyker says she’d like to feature more places without proper storefronts that might have grab-and-go or delivery options as well as lunch, brunch, and breakfast specials instead of just dinner. A three- to four-course pre-fixe menu will still be available at some spots.

Bonus: If you didn’t feel good enough about eschewing animal products for at least these two weeks, a portion of Philly Vegan Restaurant Week’s proceeds will also benefit Misfit Manor, a nonprofit animal rescue and refuge in Pottstown that rehabilitates at-risk animals and finds homes for as many as they can.