Chef Chatayee Venus Kapugthong knows exactly what she wants and exactly how to do it. 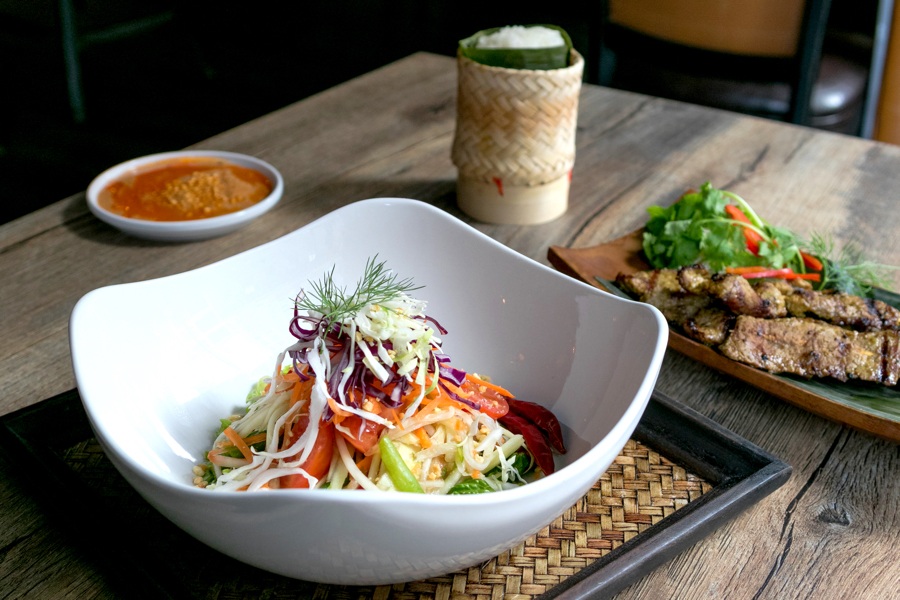 “Everyone’s trying to be modern today, and that’s great, but I’m going in the other direction — 100 years back.” That was chef Chatayee Venus Kapugthong, talking to Philly Mag about Chatayee Thai, the new restaurant where she’s executive chef, back in October — before it ever opened, before a full menu even existed anywhere but in her head.

Order This: Mou ping and massaman curry, or mara yad sai and spicy pad kra prao for the more daring.

It would have authenticity, to start, and a style that rejects (gently) the popular modernism, the generalization and dumbing-down that tend to dilute Southeast Asian flavors for American palates. She knew what she was talking about, too. Kapugthong has had the kind of life you don’t see often when cruising chefs’ résumés: Born in Bangkok, she was a classical musician and DJ while working in restaurants in Chicago and upstate New York, then a private chef before landing in Philly, where she worked as the GM at Cibo (in the same space Chatayee Thai now inhabits). She was brought on as executive chef of the new Thai restaurant when Joanna Pang (owner of Trocadero in Chinatown) bought the joint and decided it was time for something new.

Sure, there’s pad Thai on the menu, slicked with sauce and tasting fresher and richer — deeper — than you’re likely accustomed to. There’s pad kra prao, too, with a sliding scale of spice that even on the top end shows restraint and a focus on flavor over raw heat. There are spring rolls and satay that are what you expect but prettier, from a kitchen with a real eye for plating and garniture. 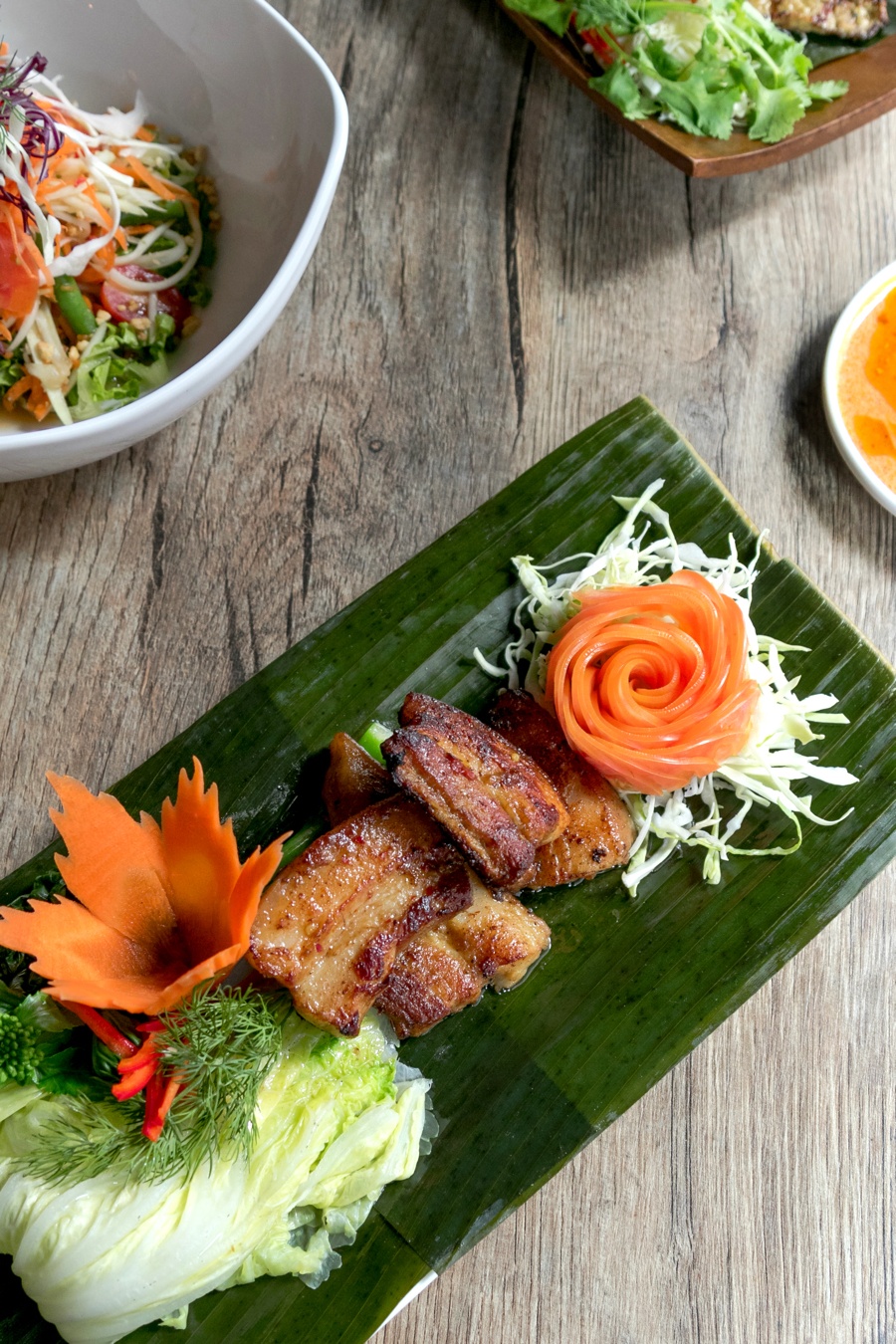 But the mara yad sai isn’t designed for the comfort of timid diners. It’s bitter melon soup — a clear broth bobbing with little chunks of mushroom and two big rounds of melon stuffed with minced pork and shrimp mixed with glass noodles. The flavor is hoppy, sour without the mercy of sweetness, with a tannic bitterness until you get a bite of the savory pork — its fat taking the edge off the unfamiliar sensation of soup that tastes like drinking warm, sour beer.

The mou ping is simple — just pork charred on the grill, with palm sugar and coconut milk for sweetness. The panang curry is nutty but with a thread of sour lime running through it, the short rib so tender it almost blends with the rice. The massaman is softer, milky and studded with potatoes, soft cipollini onions, and boneless lamb that shreds easily into the curry. The flavors aren’t as blunt as they are at so many of Philly’s Thai restaurants; they’re more layered and rounded. 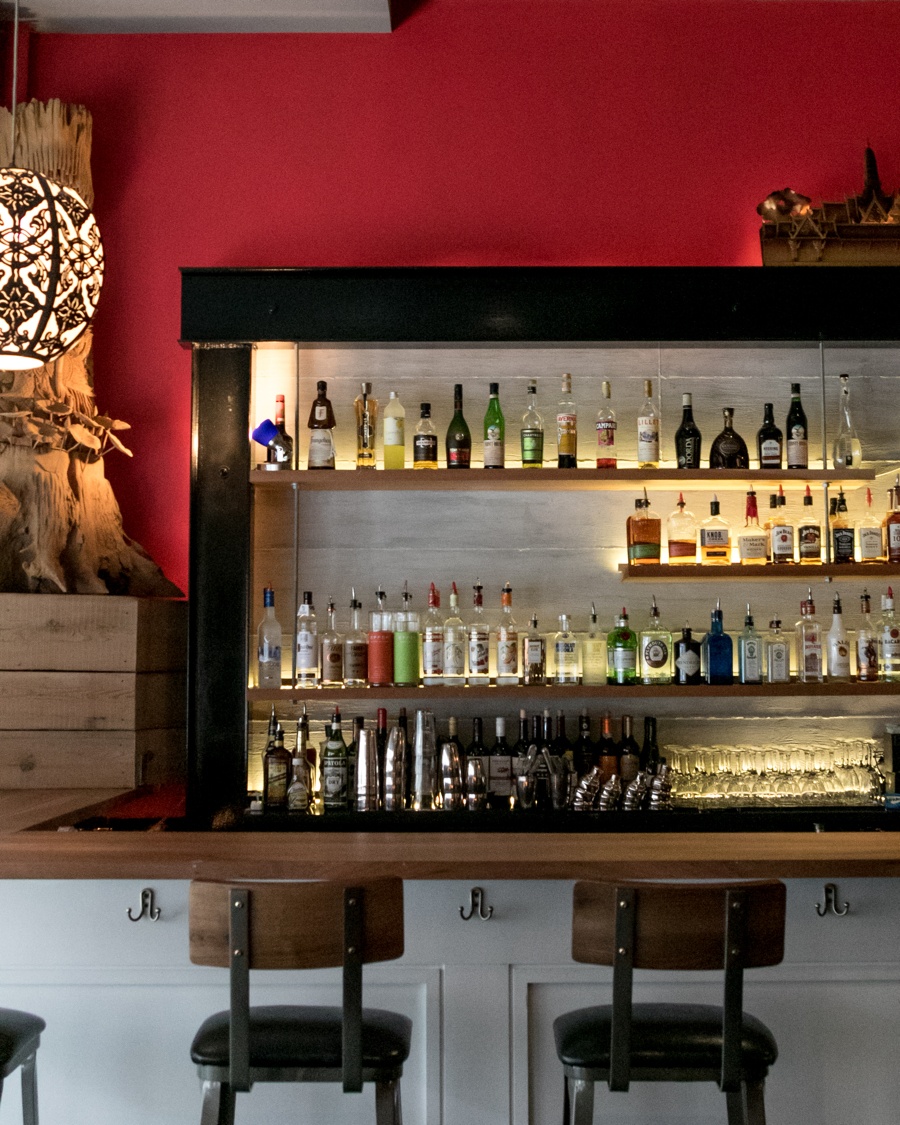 The service is a bit clumsy. And the room, though dramatic, filled with art and color and ringed by mezzanine seating, can feel cold and echoing without the buzz of a crowd filling it. But none of that matters, because what Kapugthong and her crew are doing in the kitchen is what matters here. This chef knows exactly what she wants and exactly how to do it.