Nick Liermann launched the organization Team Foster in honor of his best friend, who died in combat in Iraq. With every service dog he can fund for a veteran, he ensures Erick Foster's legacy lives on. 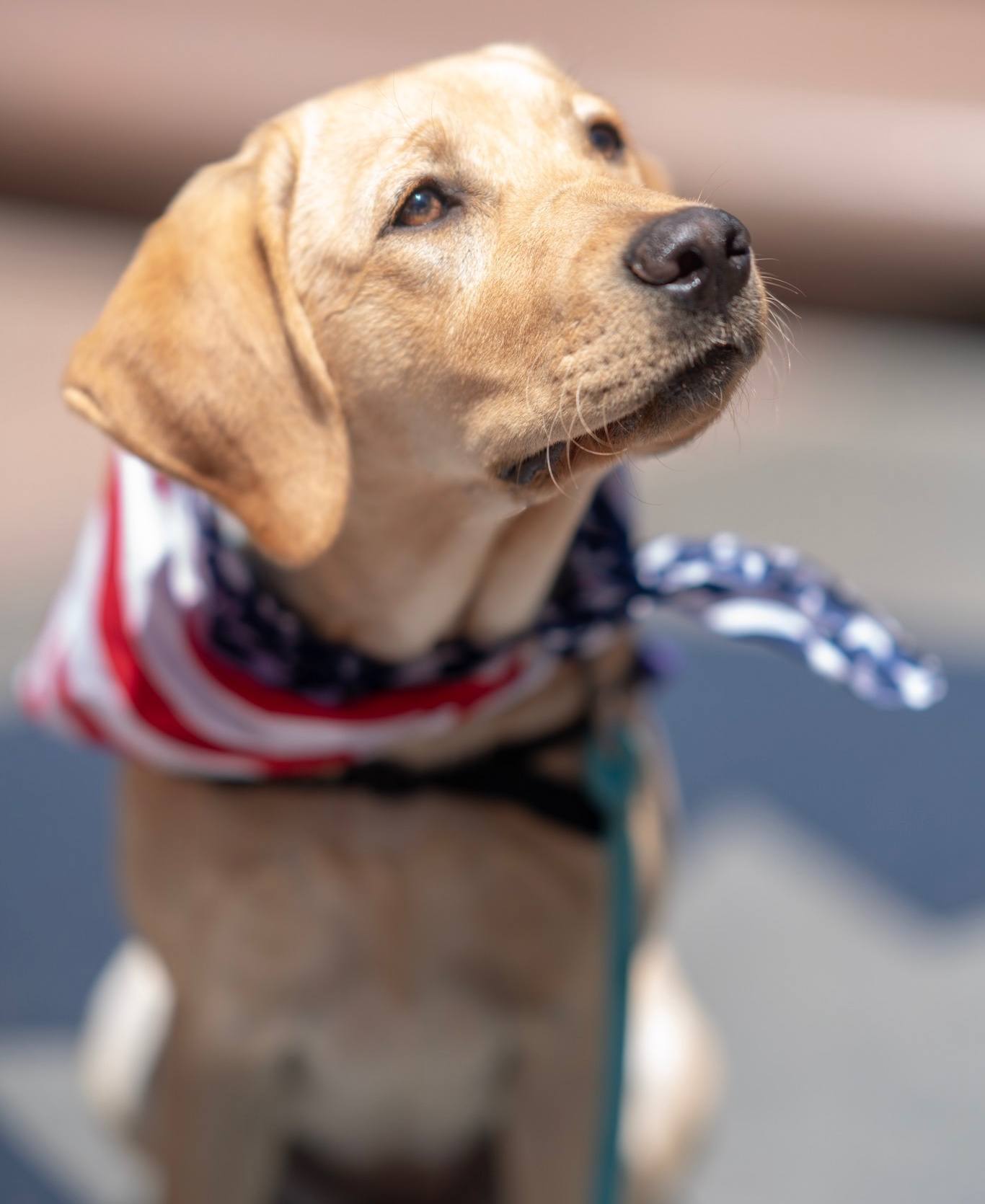 In honor of his best friend, who died in combat in Iraq, Philly lawyer Nick Liermann founded a nonprofit that provides service dogs to veterans. / Photograph by LaMarr McDaniel

When Nick Liermann joined ROTC halfway through his freshman year at the University of Pittsburgh, he thought the military training program would simply be an easy way to pay for his undergraduate education. The son of two parents without college degrees, he wasn’t rolling in funds and, since he was one of those people whom things always came easily to, he figured he wouldn’t have to exert too much effort to succeed.

Then Liermann met fellow cadet Erick Foster. Passionate and gregarious, Foster was a skinny kid who loved to joke around but also relished working hard and pushing his physical limits. Once, during a ruck, an exercise Liermann describes as “where you throw a bunch of weight on your back and go walking around at a pretty good clip,” Foster pulled a struggling cadet, who had grabbed onto his pack, for the last two or three miles. “He was ghost white,” Liermann says. “He completely overexerted himself, but he didn’t complain. He didn’t ask for anyone to pat him on the back. He said nothing. That’s what he thought he was supposed to be doing.”

Foster’s example led Liermann to build up his strength and pack on 45 pounds of muscle. But, far more important, it helped him recognize the value of taking care of your team. It was a merit the two friends continued to live by once they graduated, entered active duty, and went separate ways, with Liermann heading to law school at Temple University and Foster rising through the ranks of the U.S. Army. And it was one that would eventually take Foster’s life. Captain Erick M. Foster died in combat in Iraq in 2007.

To Liermann, a Purple Heart wasn’t enough recognition for the man who changed the course of Liermann’s life. “For a long time after that, I wanted to do something to remember him and share him with the rest of the world,” Liermann says. In 2013, he got into cycling — another way to stretch your physical boundaries — and by 2014, he’d found the perfect way to memorialize his friend: a 100-mile bike ride that happened to fall on the anniversary of Foster’s death. “Cycling’s one of those things where you can do it by yourself, but to be successful and to really enjoy it, you’ve got to do it as part of a team,” Liermann says. “You’re going to be able to ride a lot faster and farther and have a lot more fun doing it.” 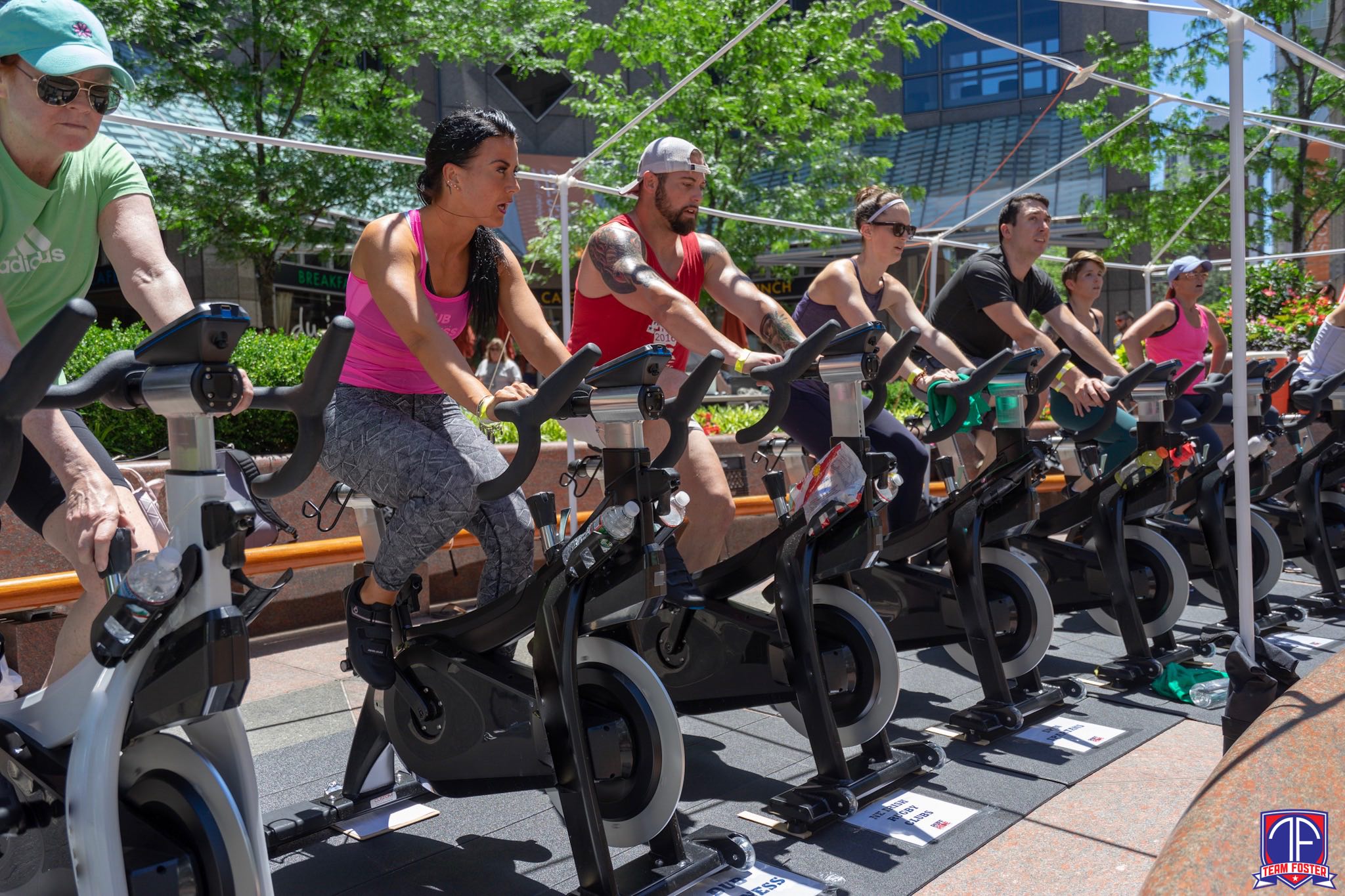 Five years later, that century ride serves as one of the primary fundraisers for Liermann’s Philly-based nonprofit, Team Foster, which provides service dogs free of charge to injured and disabled vets in the tri-state area. “These dogs can be trained to deal with almost anything,” says Liermann, who also does workers compensation law for veterans at Pond Lehocky Stern Giordano. “Whether that’s someone with a balance issue, someone who’s having panic attacks that needs to be interrupted, or someone who has agoraphobia and spatial issues dealing with other folks.”

If a veteran has “visual, hearing or substantial mobility impairments,” according to the U.S. Department of Veterans Affairs, the VA may cover veterinary care for a service dog, but major conditions such as post-traumatic stress disorder aren’t included under that umbrella. (That could change now that more research around the impact of service dogs on veterans is taking place. The University of Purdue published preliminary research in 2018 that found veterans with service dogs had fewer symptoms of PTSD, depression, and anxiety compared to those that didn’t own service dogs, and several other studies in that sphere, including one by the VA, are ongoing.) Even if a vet qualifies, there remains the upfront cost of a service dog as well as training, food, and grooming expenses. That’s where Team Foster comes in.

The nonprofit raises money mostly through events such as Foster 100, the descendant of that 100-mile ride Liermann organized in 2014, and Ruff Ride. During the latter, teams ride spin bikes in Commerce Square for 24 straight hours. This year, for the May 31st through June 1st event, Liermann is partnering with BPM Fitness to use the Fairmount studio’s state-of-the-art bikes. 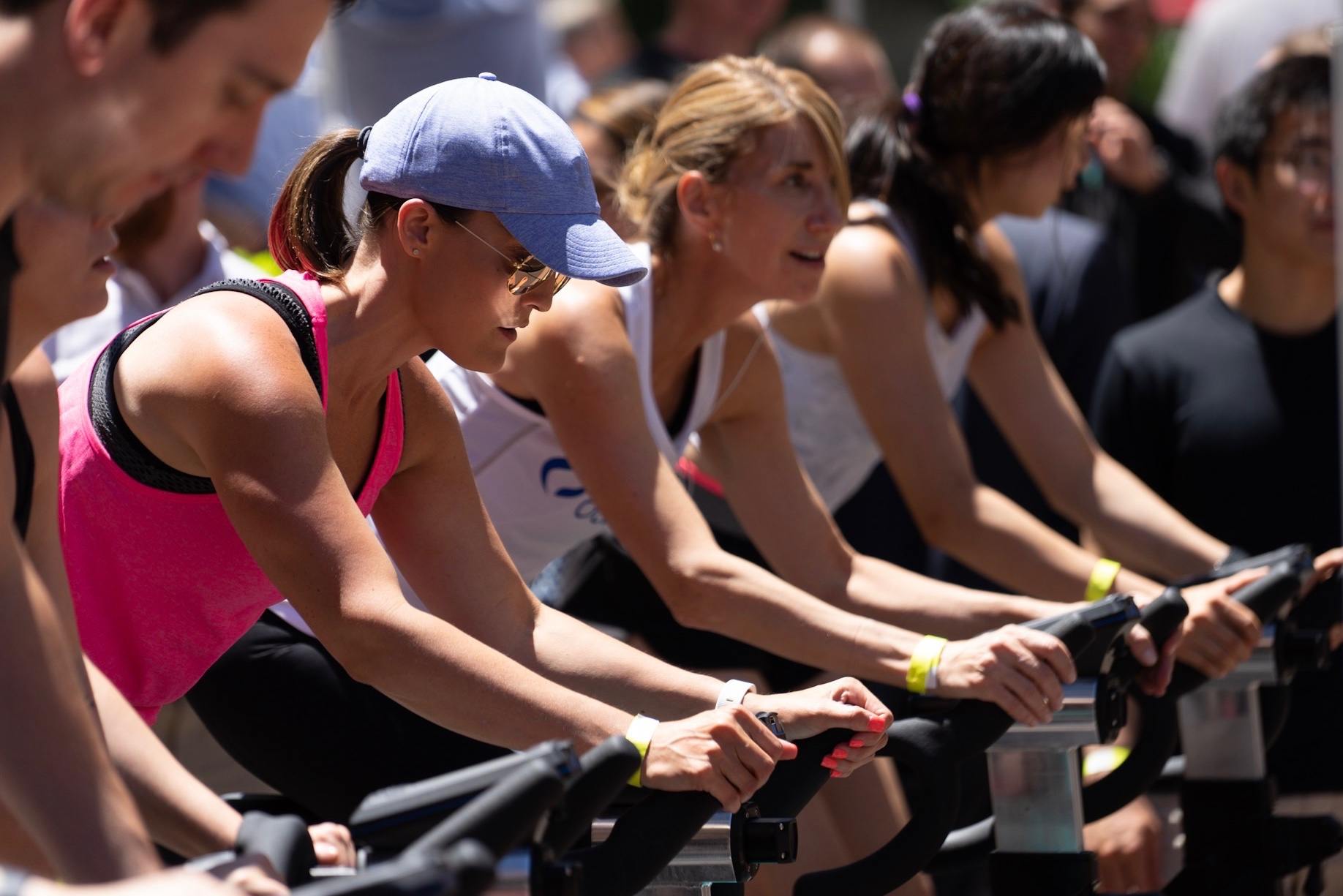 Spots are still available for teams to join the event; each team can have an unlimited number of members but must raise at least $1,000 by the time Ruff Ride takes place. The top individual and team fundraisers will gain access to a VIP area where you can eat, drink, change, and sleep — a game changer for a 24-hour event. But everyone will get to participate in contests, such as who can ride the longest while standing, and the five classes that BPM Fitness founder Shoshana Katz and her crew will teach at various times throughout the event. (Katz will even lead a 3 a.m. spin class to keep bleary-eyed riders motivated.)

Those who don’t want to commit to the fundraising minimum can donate directly to Team Foster through its website, but Liermann also encourages non-riders to come by, grab some food, and (and!) play with the service dogs and puppies that will be gamboling around Commerce Square throughout Ruff Ride. (We know, we clearly buried the lede here.) Because, for Liermann, the idea of community extends beyond Ruff Ride or Team Foster, beyond his unit in the Army or his ROTC class. And that’s the kind of legacy Captain Erick Foster would have wanted to leave behind.